Every event seems to need to have an accompanying t-shirt. Between camps and sorority outings, I’ve gone to plenty of events and have a ton of t-shirts. SO MANY T-SHIRTS.

They were taking up so much space! And I never wear any of them. They’re not good for running… and I don’t wear t-shirts in public…

So I’m left with shirts that have memories, but are just taking up space.

Here’s an example of how the pile shrinks – the pile on the right is about half of the remains…. 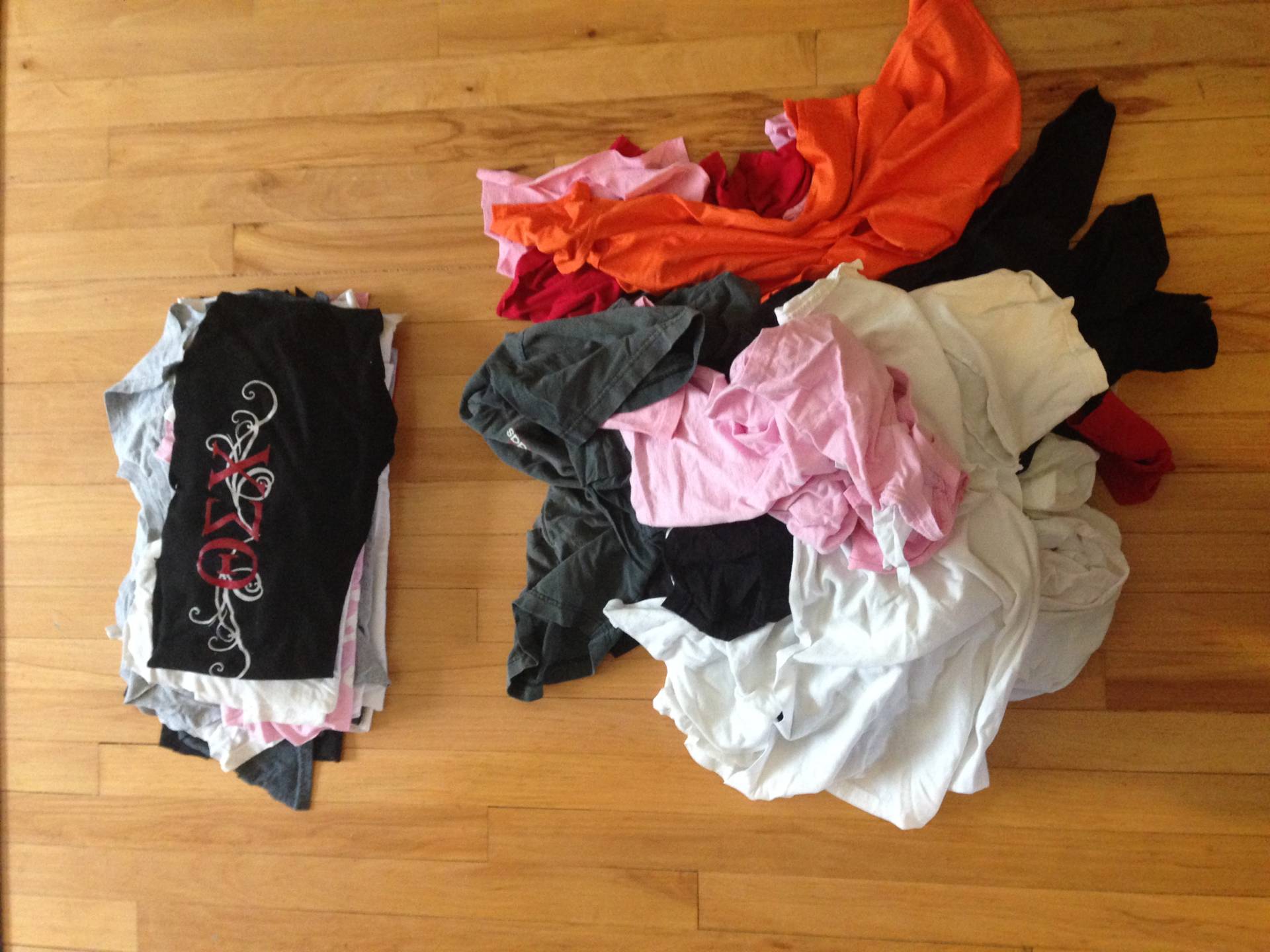 I also found this batch at my mom’s house :/ some of these were my sister’s – I guess I have to make a quilt for her too. 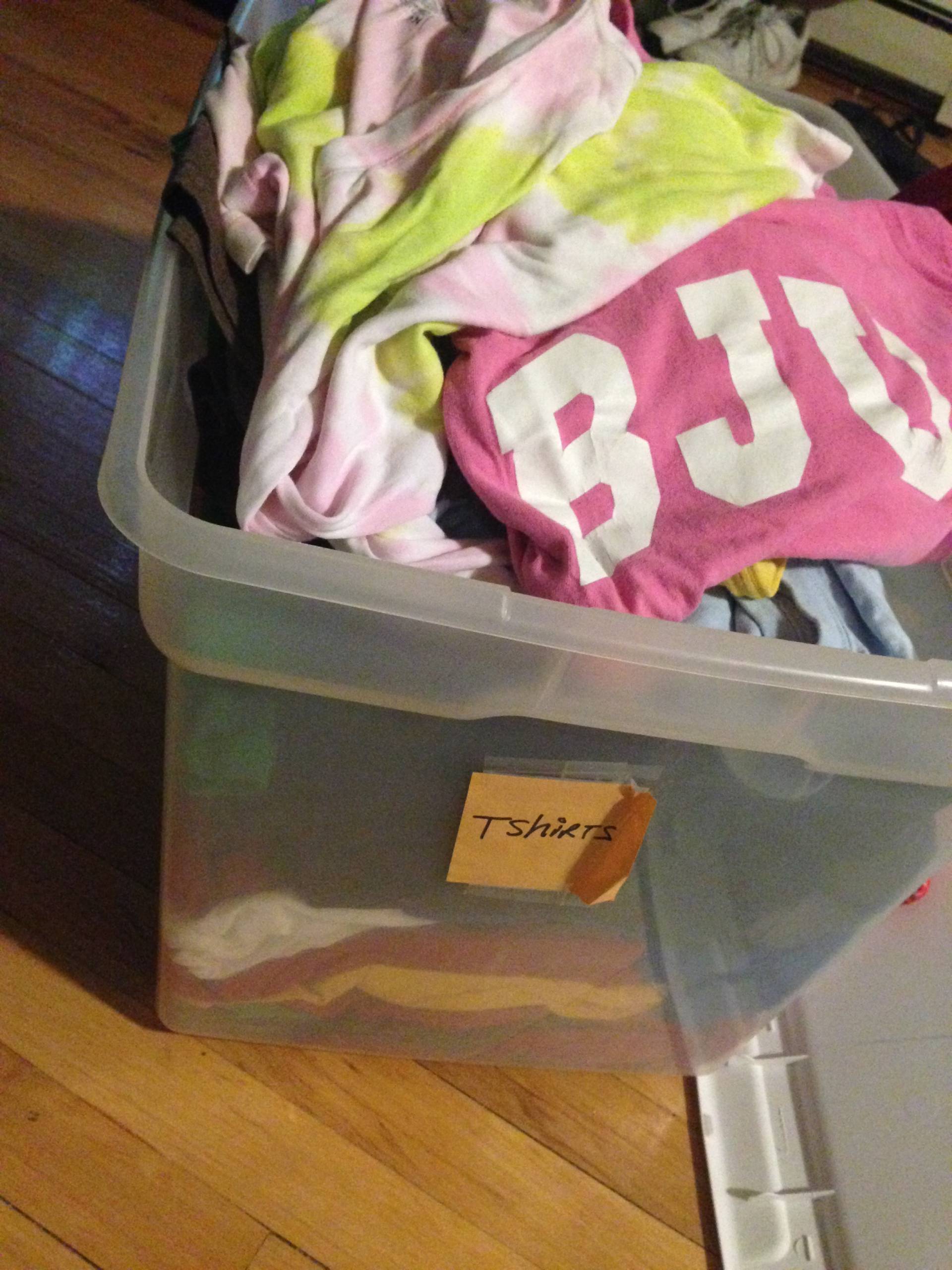 Now it’s time to cut them down.

I did a general cut with lots of space around the logos. Then I used my rotary cutter/ mats/ guides to cut some straight lines. 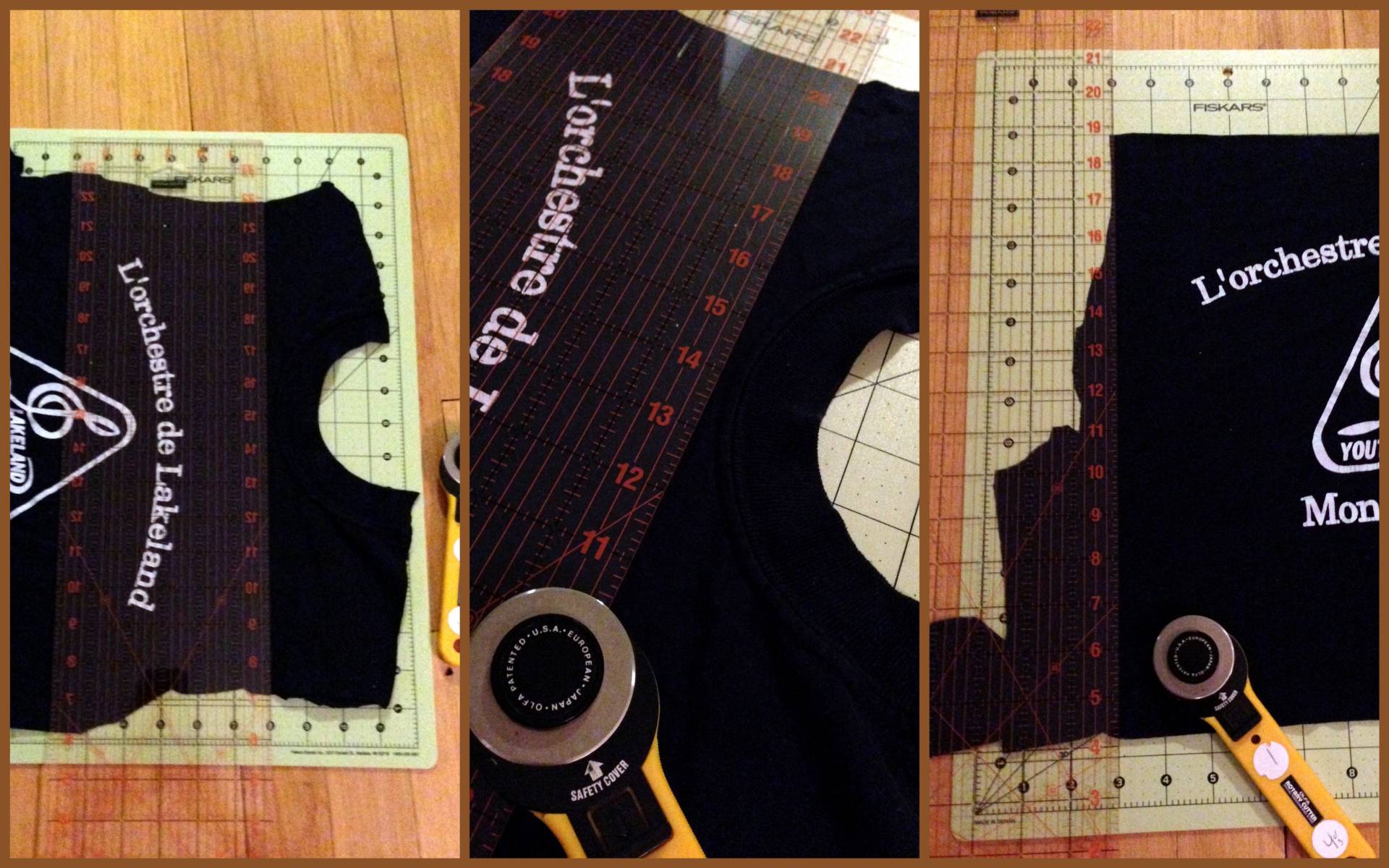 Some shirts didn’t leave enough space to make a square. I added backing from the rest of the tshirt so it would be easier to block…

With so many t-shirts…. this took a while.

I’ll be posting again with the next bit of progress – piecing and a finished quilt top!!