Today is our One-Year Anniversary of being together 🙂 so I thought I’d share our love story. I have to admit that it’s pretty short because we were engaged on our 7-monthiversary…. but it’s still a good story 🙂 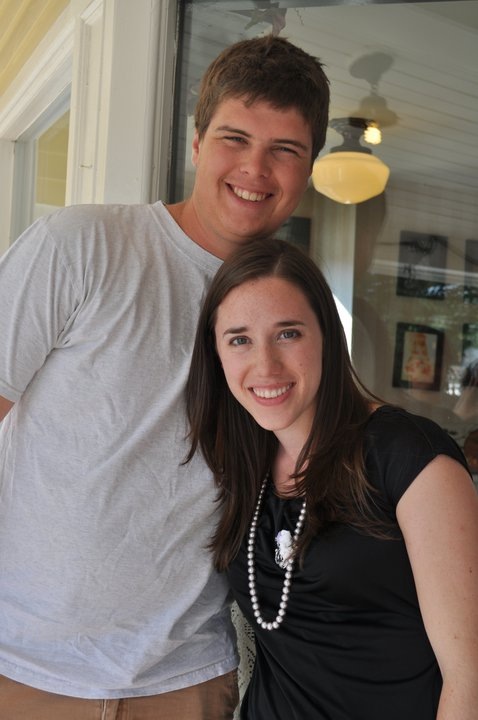 Taken on our first day of dating!

In the somewhat boring/ uneventful summer of 2011, I went to a birthday party for a family friend, Scott. Scott had also invited Eric and told him that there was a girl that he should meet (that was me, obviously). Even though I was quiet and Stefanie did most of the talking, Eric said he would find us on facebook and probably stop by the cafe sometime (he told me he would never be able to spell my last name, but that he was the only Eric Wilson with a bridge for a profile pic…..engineers…).

I later told him that I had three qualifications for a husband… He had to be tall, good at math (because I’m really not), and have a short last name (because mine is realllly long). I got a 6’4″ engineer with the last name Wilson. 🙂

Apparently, the rest of my family knew that he was the one I would marry from the very first day. I definitely liked him from the beginning, but I wasn’t as confident as they were. And Eric though I might be interested but wasn’t sure until we were official because I was so quiet.

After seeing each other every day for 2 weeks, we spent Saturday out on Cranberry Lake fishing, swimming, and talking. After that day, we were official and spent every day together that summer. 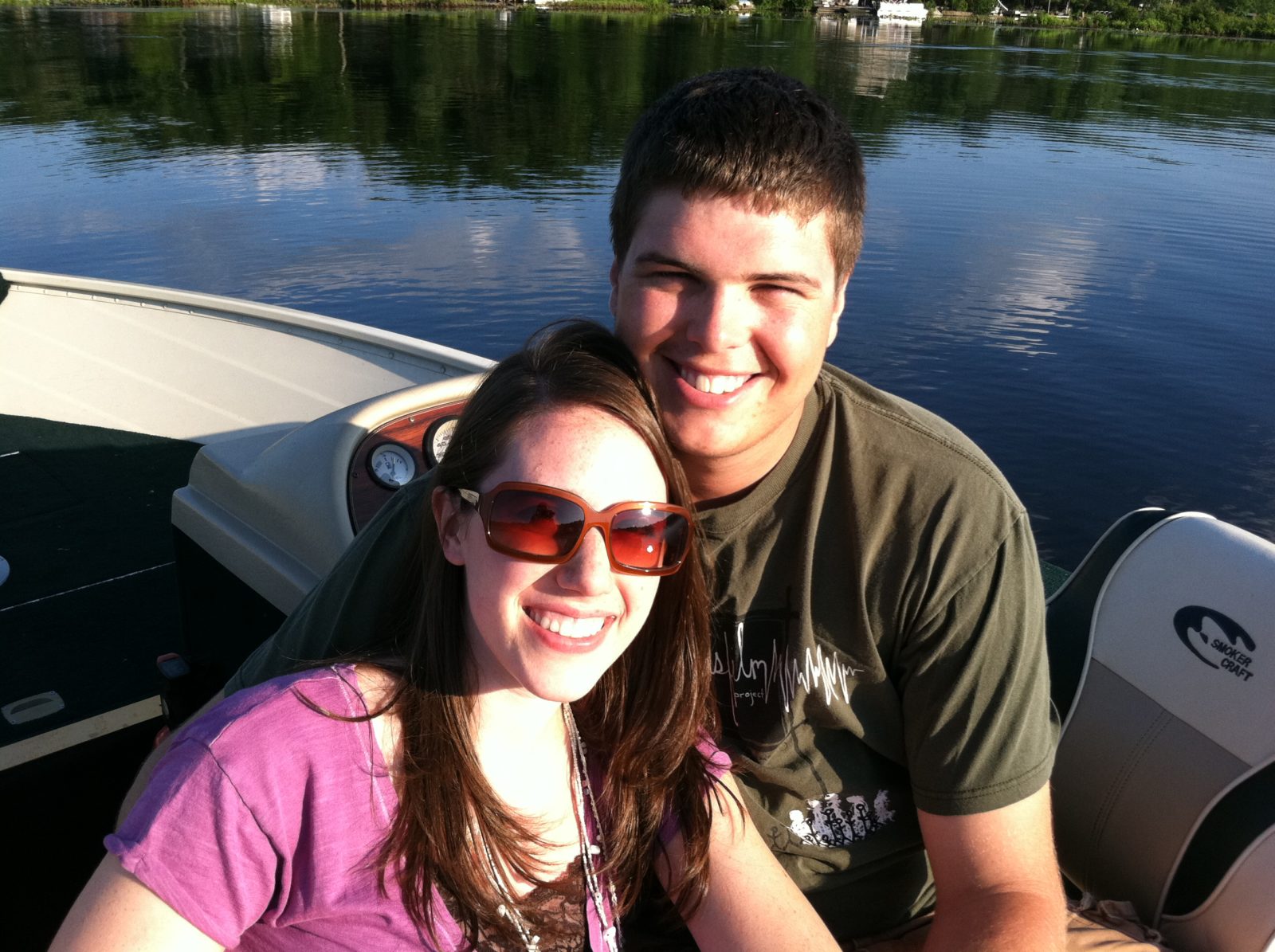 Taken on our first day of dating!

About 2 weeks into dating, Eric said I Love You. Both of us were pretty much positive we’d found the one to marry. We always had so much fun together, and I could talk to him so easily (I’m quiet and he talks a lot, so we work well together).

And from the very first day that we met, Eric was always talking about how much he loved Jesus and his Campus Crusade ministry. He led Bible studies and taught Sunday School at his church. I was amazed with his leadership and excitement about serving! Even though I went to a Christian college, I hadn’t seen his attitude in many men. I knew that he would be someone I could follow spiritually.

One day I just said to my sister, “I think it would be a lot of fun to be married to Eric”… she thought I was a little crazy

He was always so in love with me, too. He even took me to an opera. What guy would do that unless he was in love?? 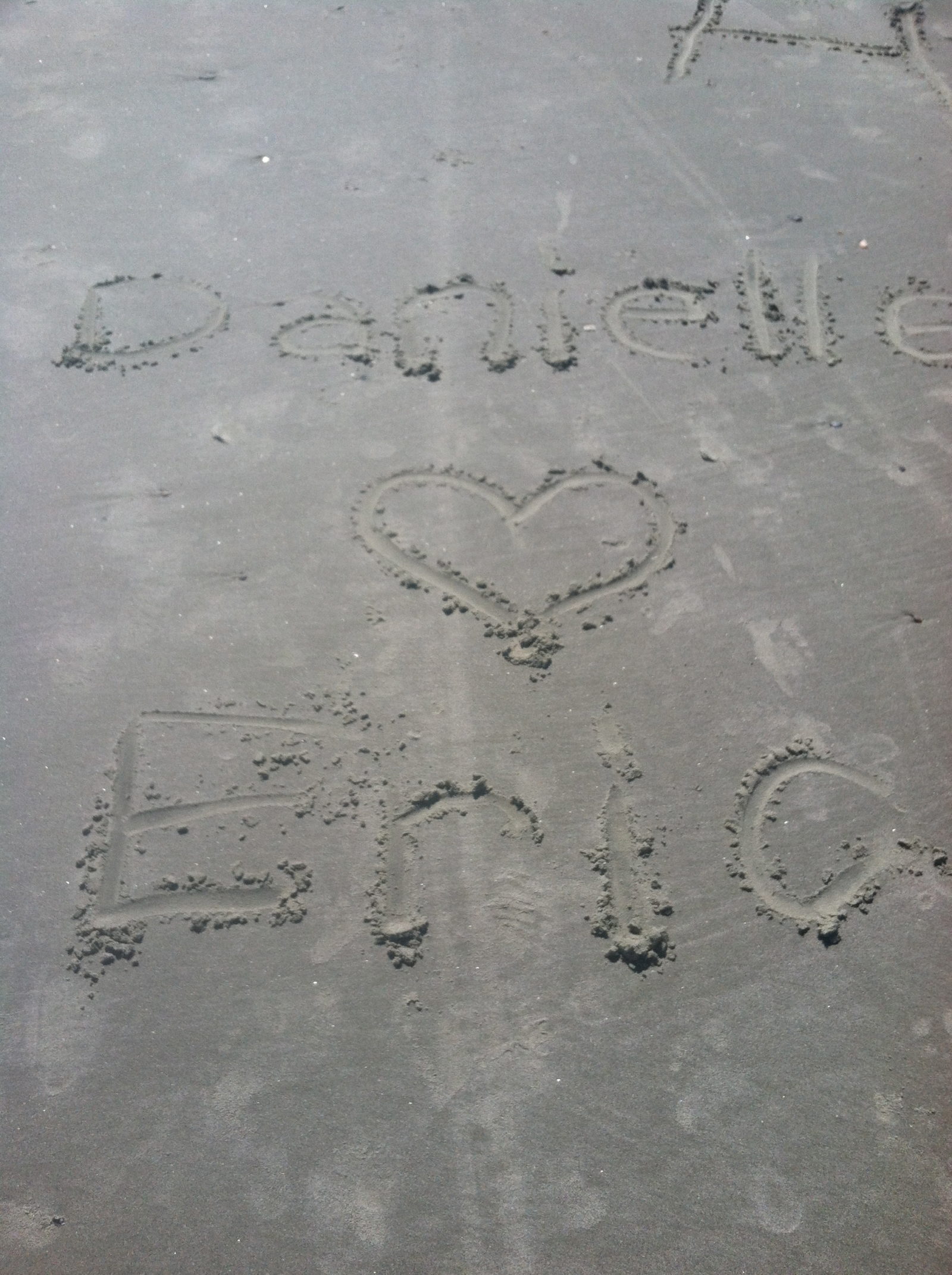 Eventually I had to go back to school for my Senior year 🙁 🙂 Even though it was difficult to be apart for so long, I loved talking to Eric for hours every night.

We learned FaceTime didn’t work for us…. every time we logged on, I spent the first 10 minutes making funny faces at the camera and not talking…

He sent me a lot of packages, which was fun 🙂 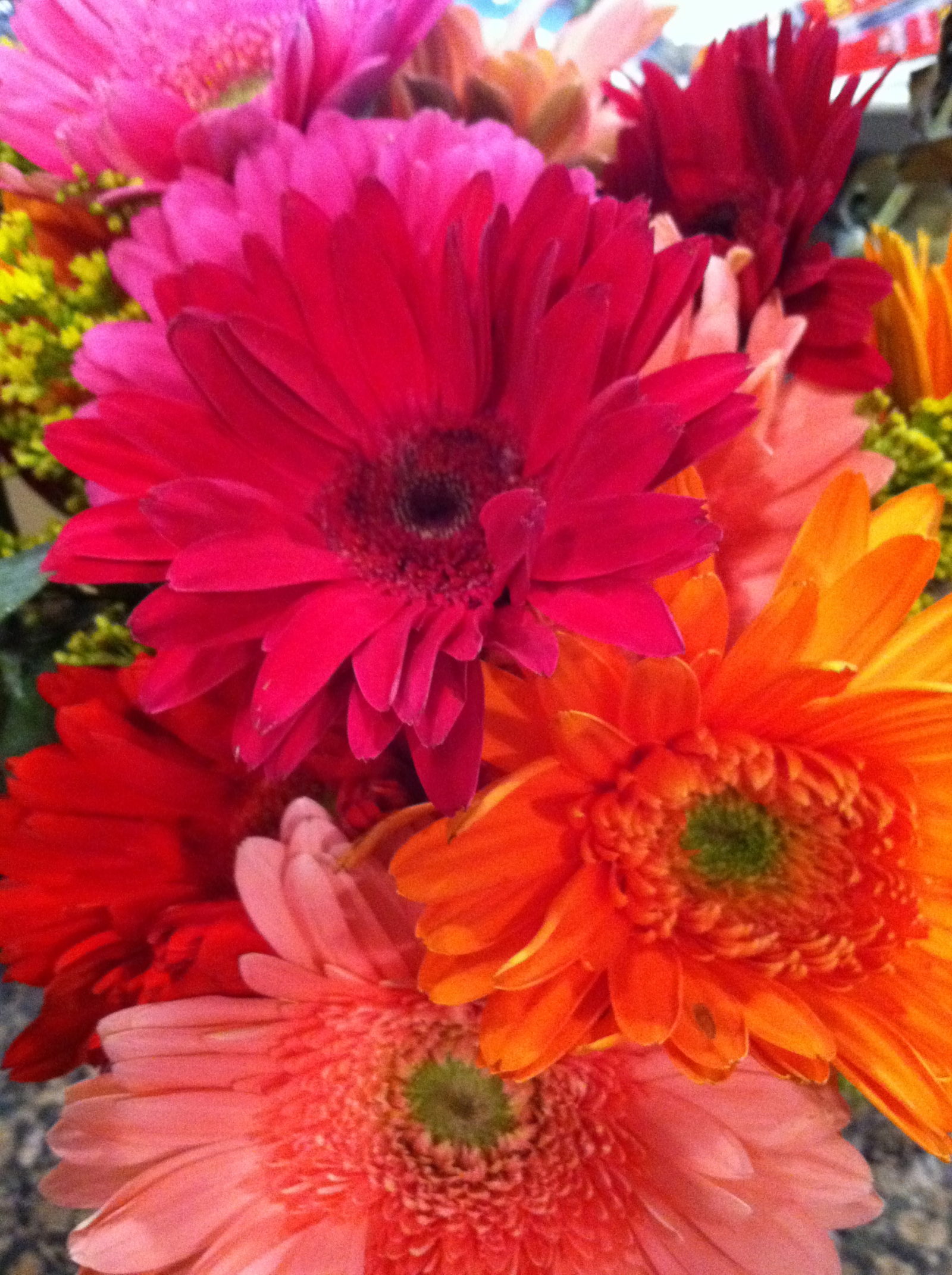 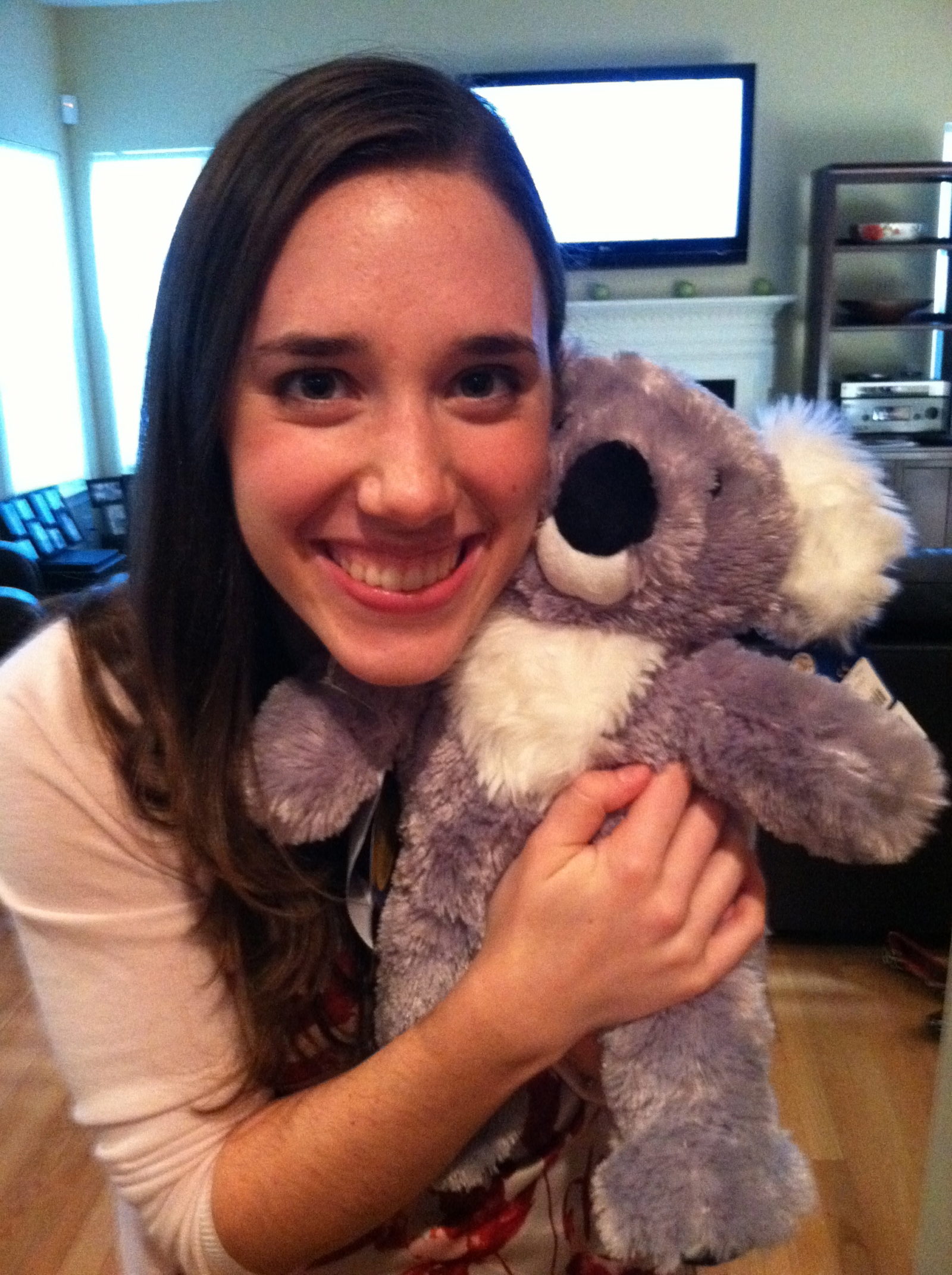 he also sent me a build-a-bear koala… he chose a koala because it was still a bear, but unique, like Eric…. crazy boy.

In November he finally came for a visit. He had never been to my school at all, so that was exciting… and I took him to my sorority dating outing 🙂 we had so much fun together! and he was able to meet some of my school friends. 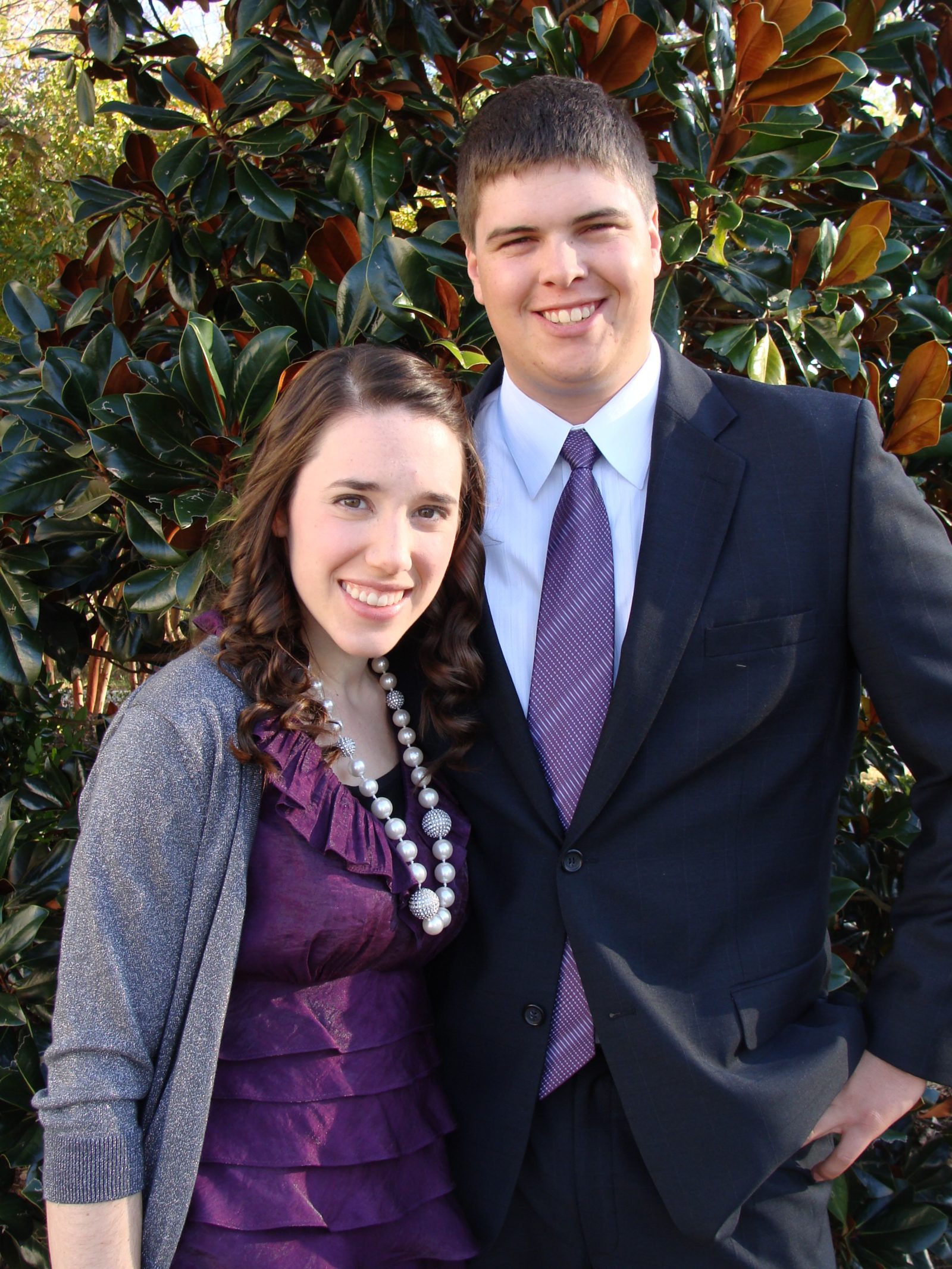 And we went out to lunch on Sunday afternoon with my family. More pictures! 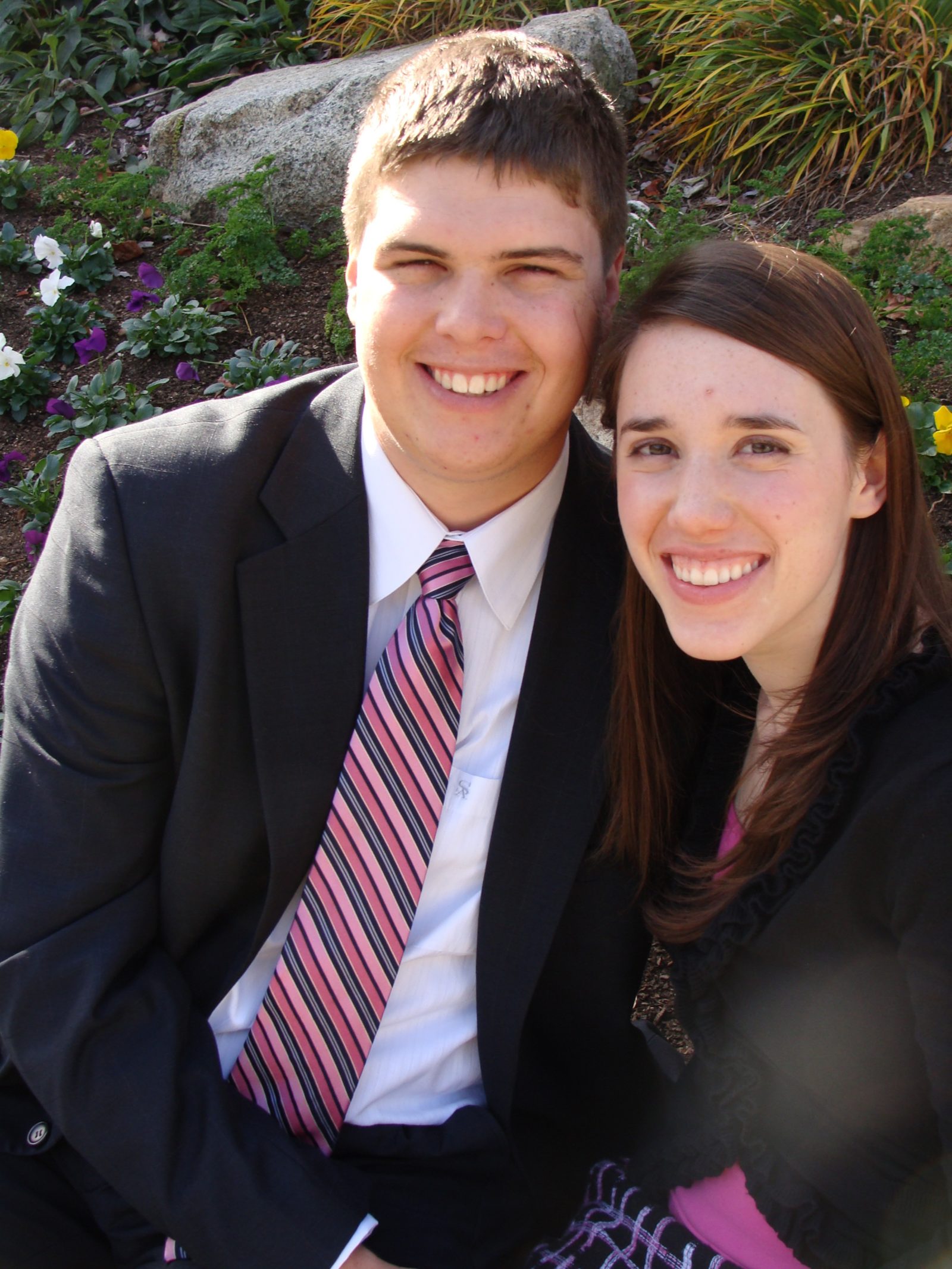 Of course, I always looked forward to going home for Thanksgiving and Christmas. His parents really wanted me to come home because he’s really grumpy when I’m not there. He thinks that he doesn’t act any differently, but they say he just mopes around the house all day…

We went to a couple museums in the city during Thanksgiving break… This is us waiting for the train…. 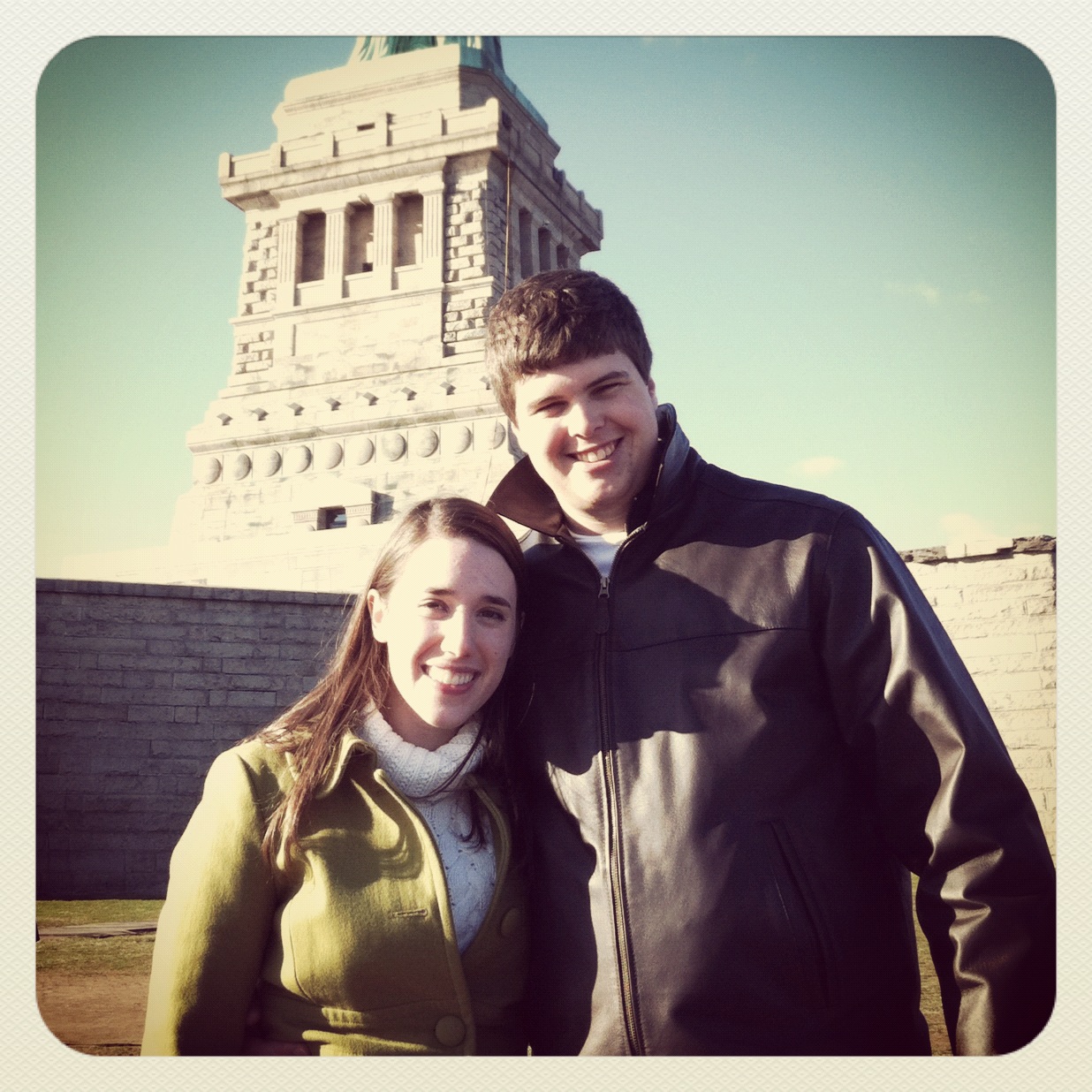 we visited the Statue of Liberty one day during break 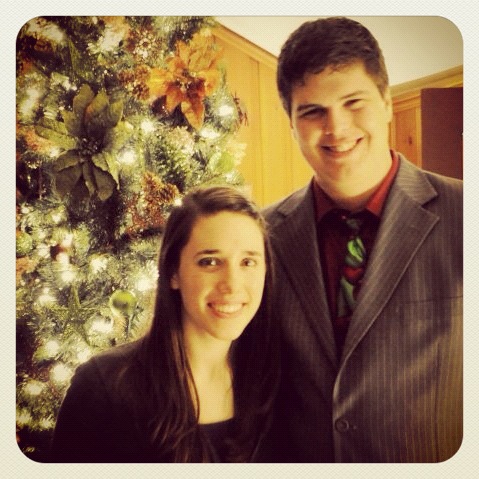 Basically, we just have fun together all the time 🙂 He’s always thinking of places for us to go and stuff to do…

So I thought we might get engaged over Christmas… but we didn’t and I was fine with that. I was just wondering when it would happen. And I was looking forward to his visit 🙂

Eric came to visit me the weekend before Valentine’s Day and flew into Charlotte. His flight came in around 7pm, so I went to pick him up and we went out for dinner. He took me to Bentley’s on 27th, which is a beautiful restaurant on the 27th floor and all the windows overlooked the city of Charlotte.

The food at Bentley’s was delicious. After we ate dinner, he pulled out a “Valentine’s Day Gift” of a picture book with pictures from the months we were dating 🙂 including a really funny/awkward picture of Eric and me on our first date that my sister took.

I really need to find that pic because it’s so awkward… we’re like, why are you taking a pic of us when we don’t know each other?? But Stef knew he was the one and that we would want the pic someday….

The last page of the picture book said “Will you marry me?” and I looked over and he had the ring.

We had the 2 hour drive back to Greenville to call all our family and friends with the news, and then Eric surprised me and stayed for a whole week instead of just the weekend! 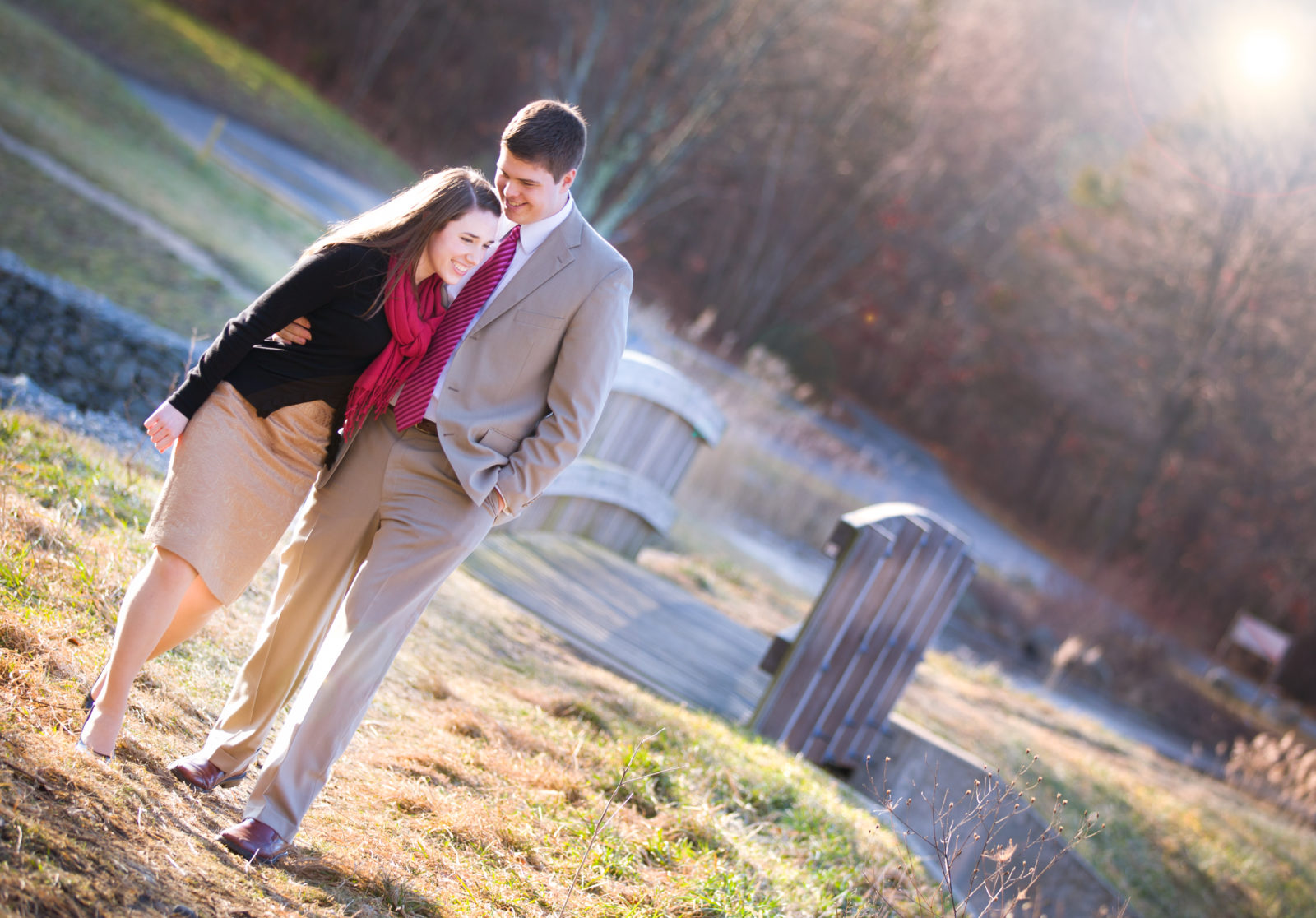 I used this one on our Save the Date

We haven’t had really engagement pictures taken yet, but here are some of the pics that we took before we were engaged. Eric’s brother is a great photographer! Now he lives in FL, so he can’t take our engagement pics 🙁 https://www.facebook.com/zackwphoto 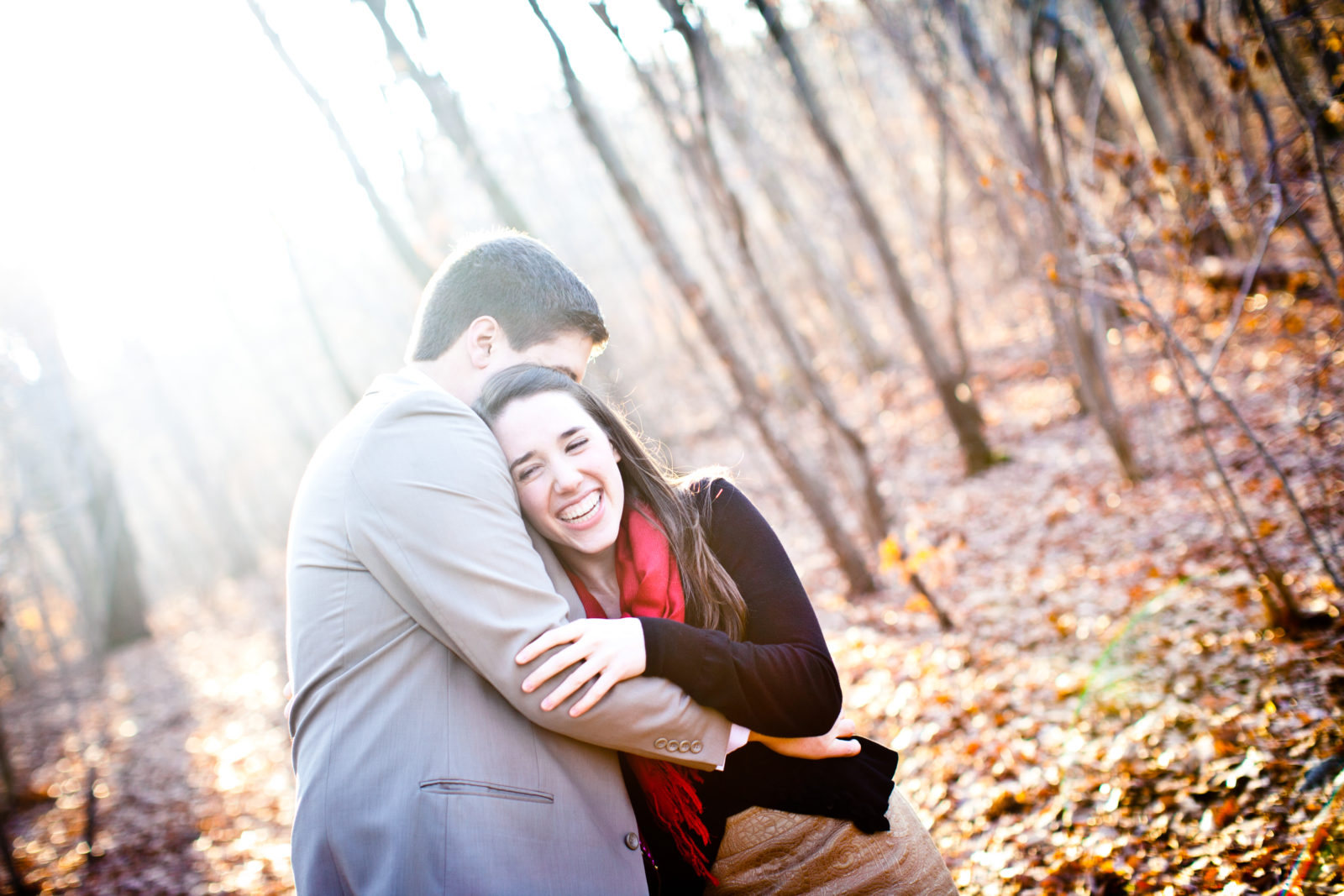 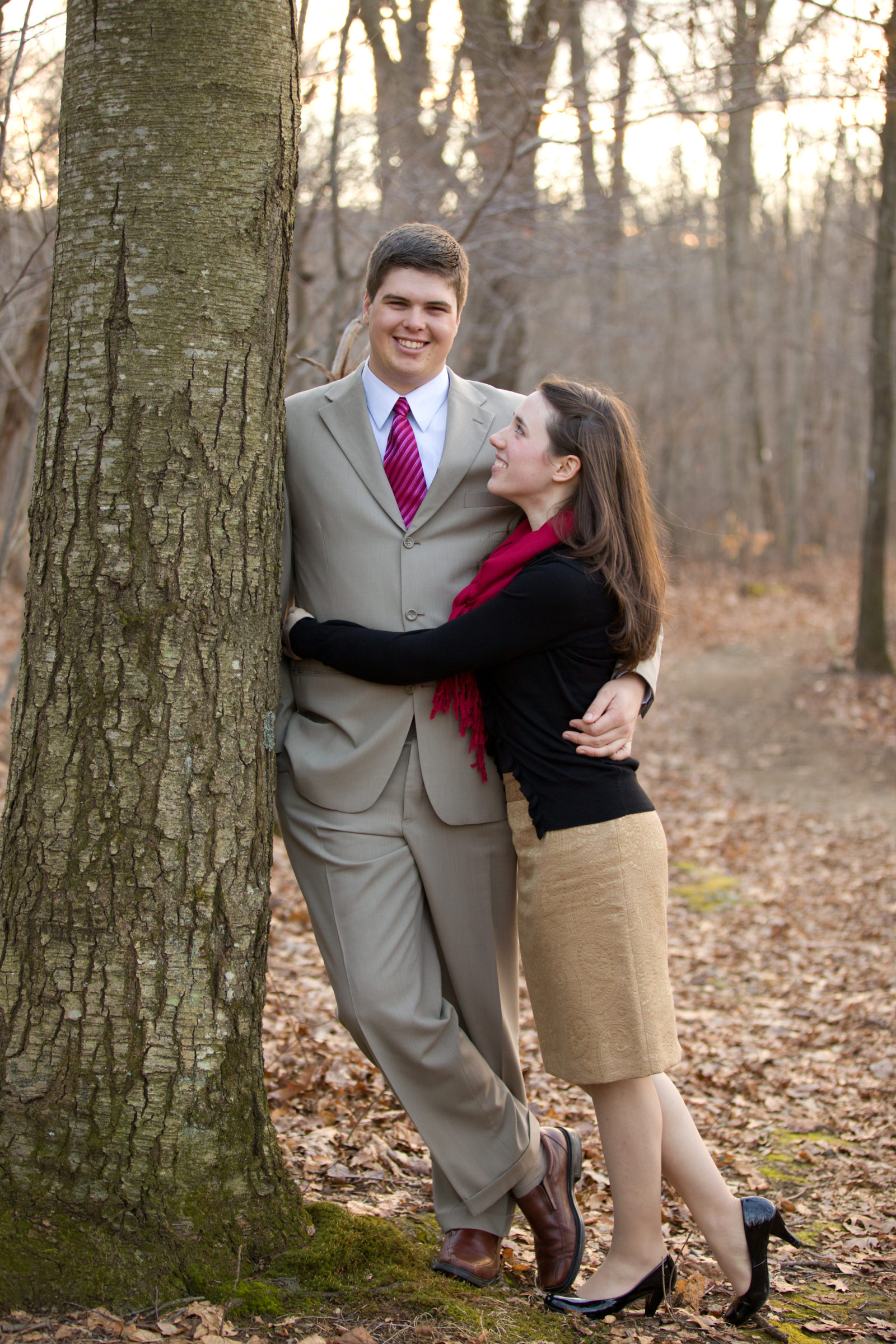 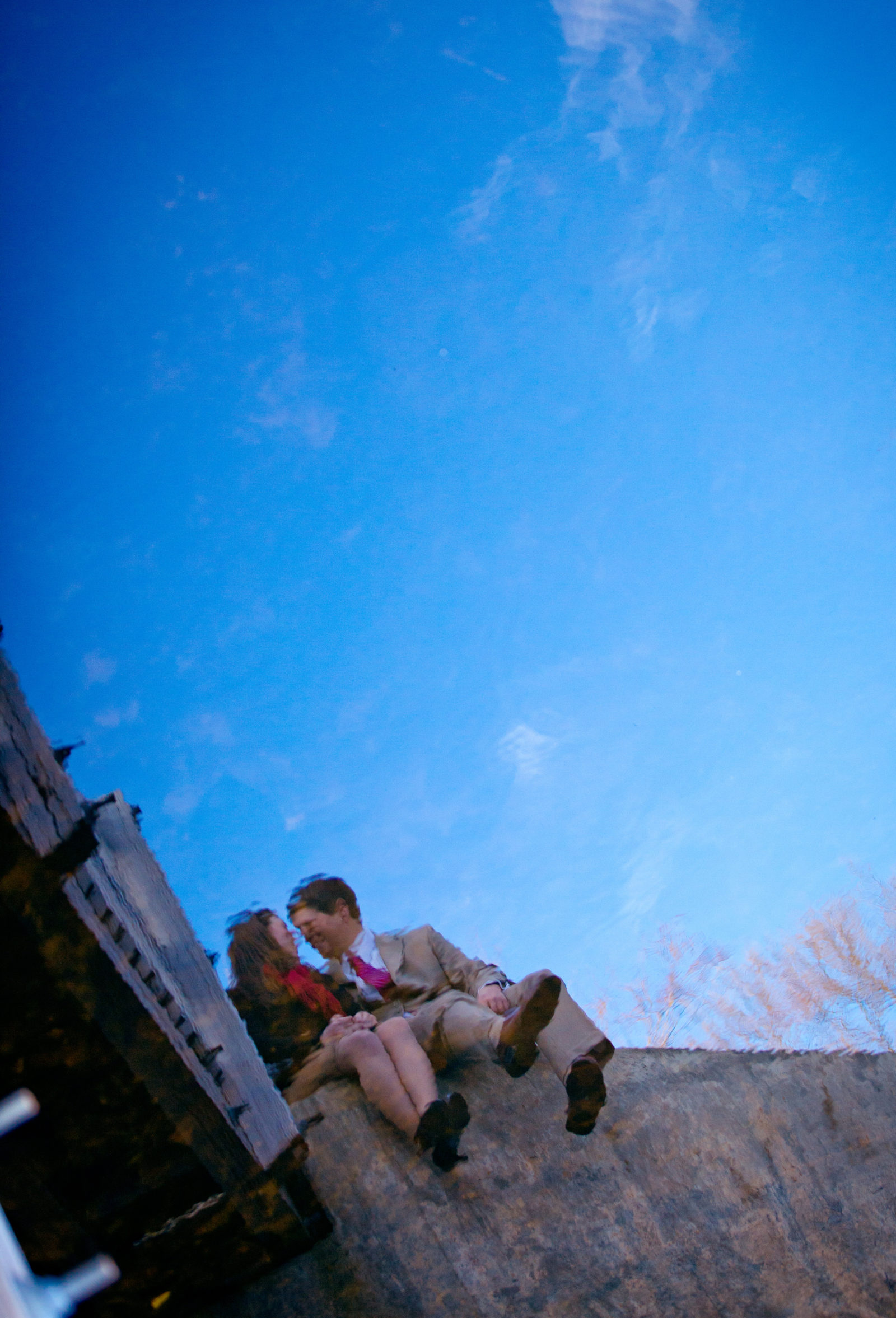 picture in the reflection 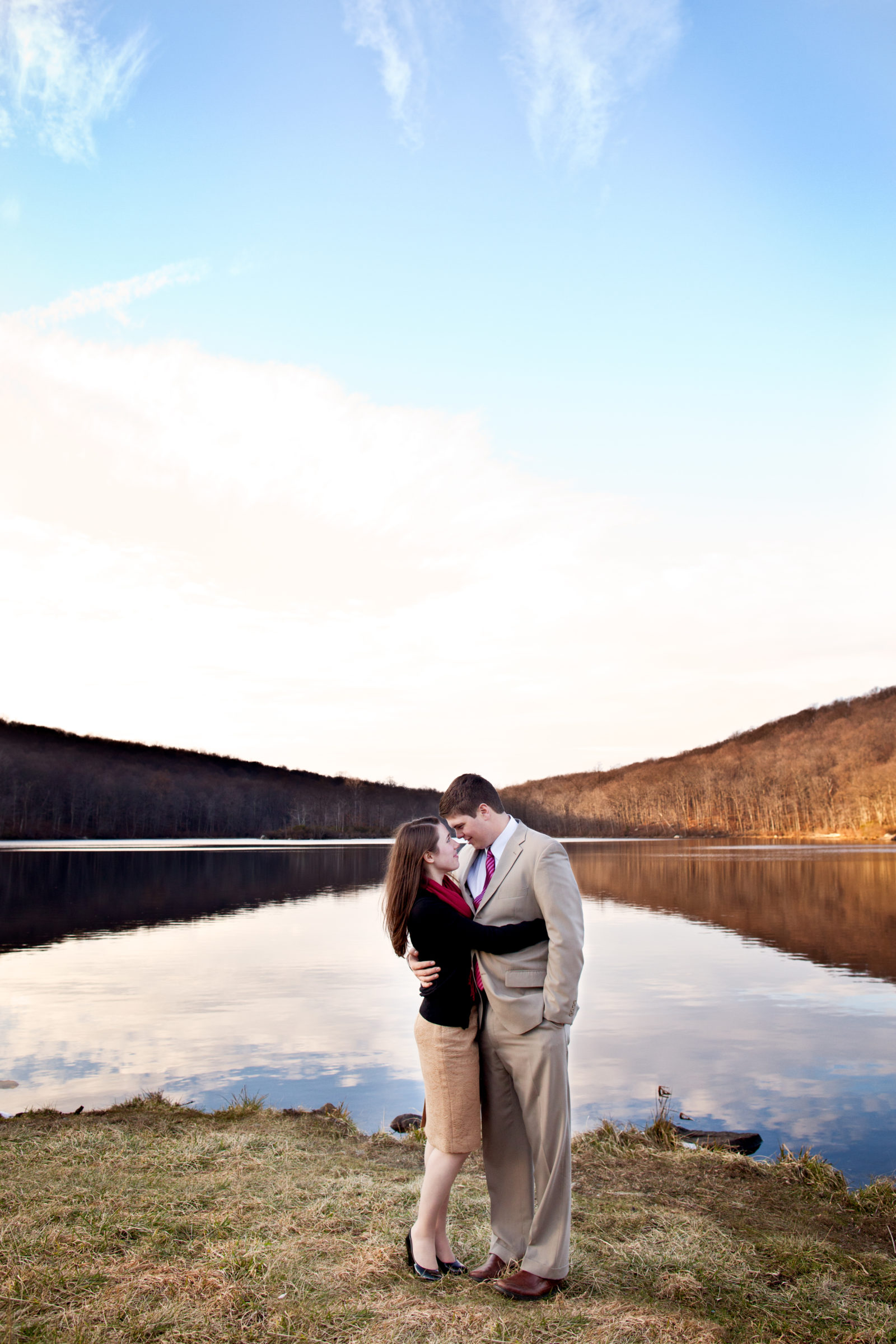 I can’t wait to marry him on December 28th and start our lives together!!!! 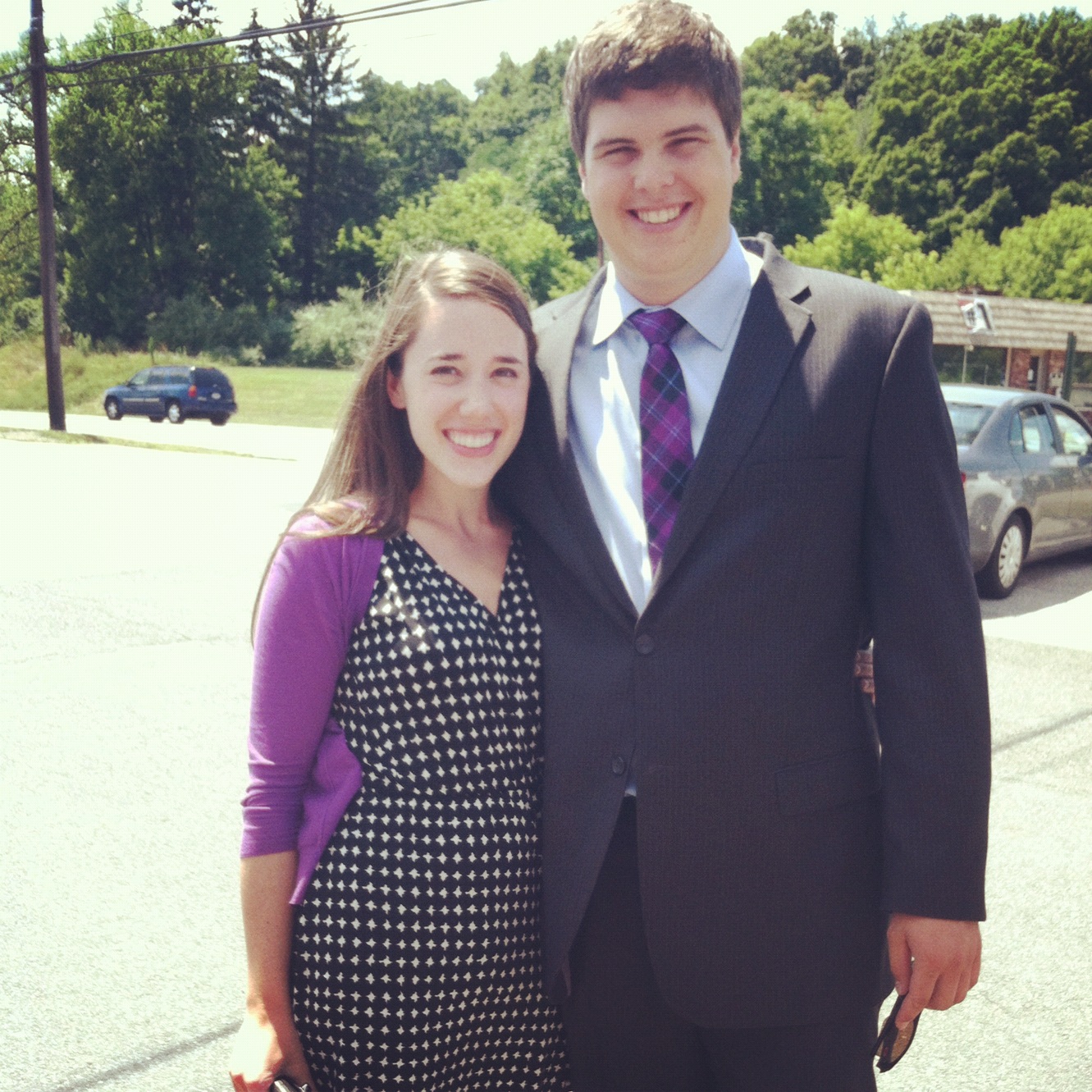 unplanned color coordination on a Sunday 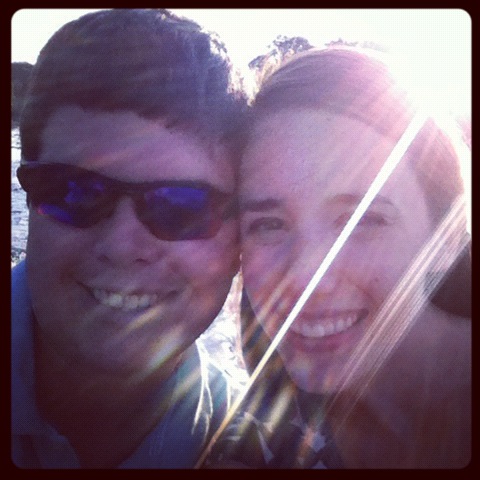