Eric and I have been looking for the perfect coffee table… unfortunately, everything we were seeing was in the $100-150 range, and not really a good size because our couch is so long. We really didn’t want to spend more than $50, which didn’t happen, but at least we built something together 🙂

I recently found ana-white.com through pinterest and have around a million pieces that I want to build. I just searched coffee table and picked one that I liked, emailed Eric the link, and suggested that we build it 🙂 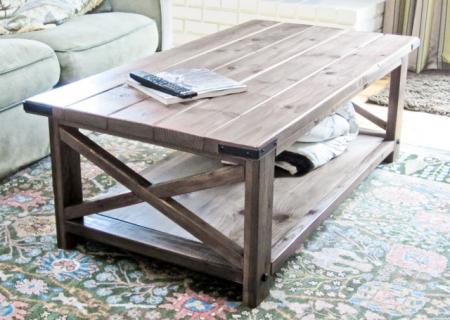 I liked this table because it had enough space for baskets/ storage underneath and it’s really sturdy, so it’s definitely not going to break if people sit on it…

We decided not to make it quite so rustic. We used a very dark stain (KONA by Rustoleum), and didn’t use the decorative end brackets. I think it looks great 🙂 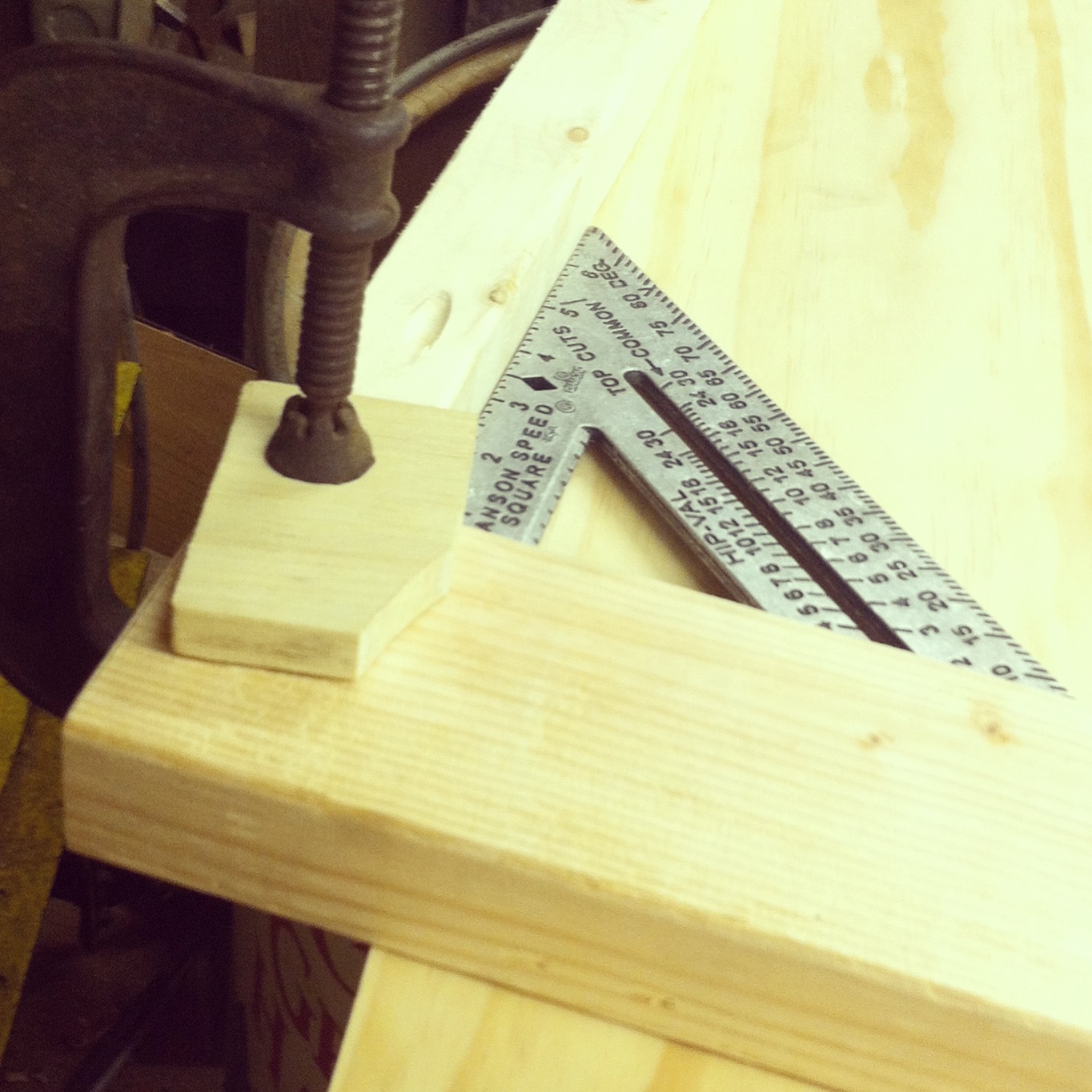 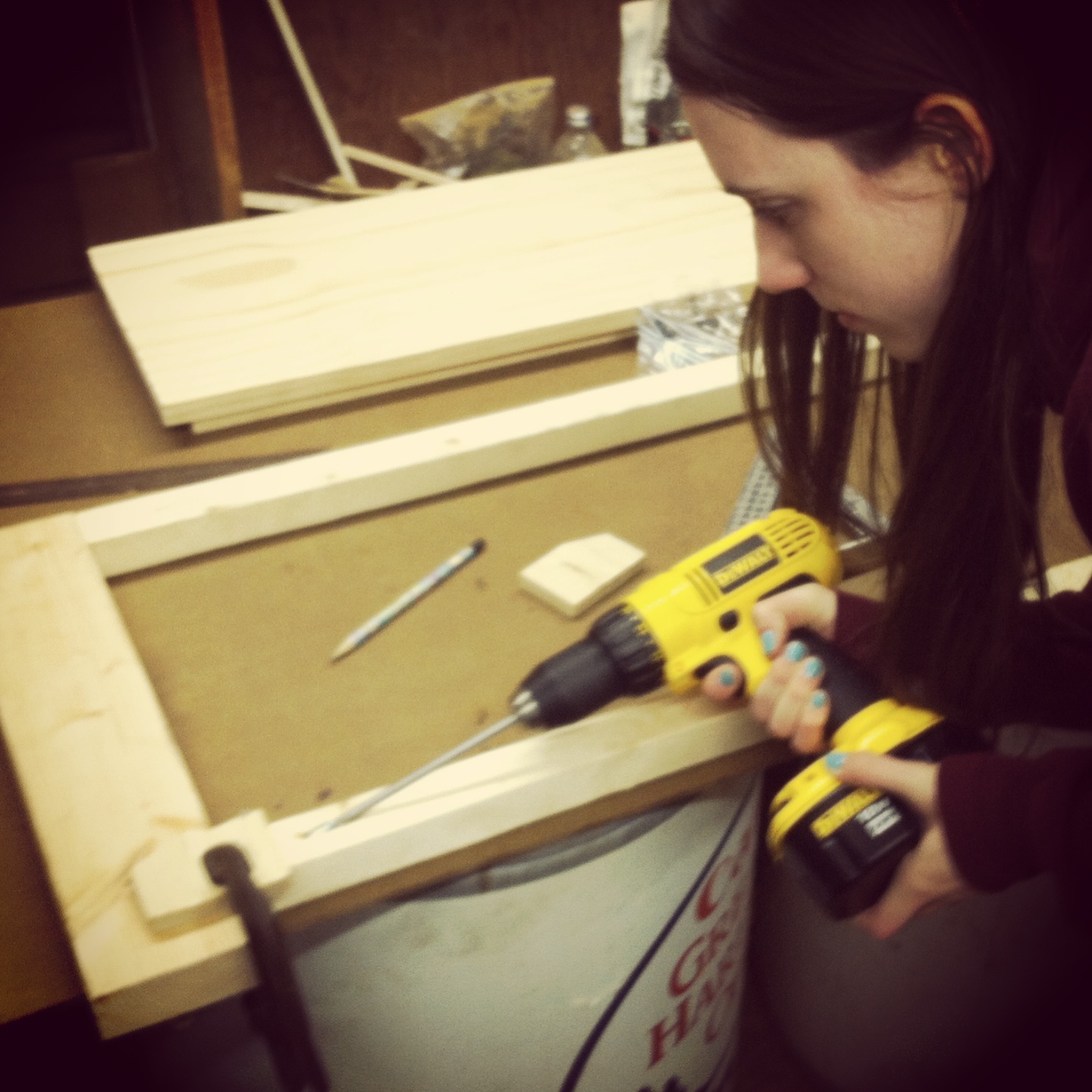 The plans suggested buying a tool called a Kreg Jig, which allows you to easily drill a diagonal hole in the wood. This made the project so much easier! Even though buying some of the tools we needed was expensive, we know we’ll get a lot of use out of them in the future. 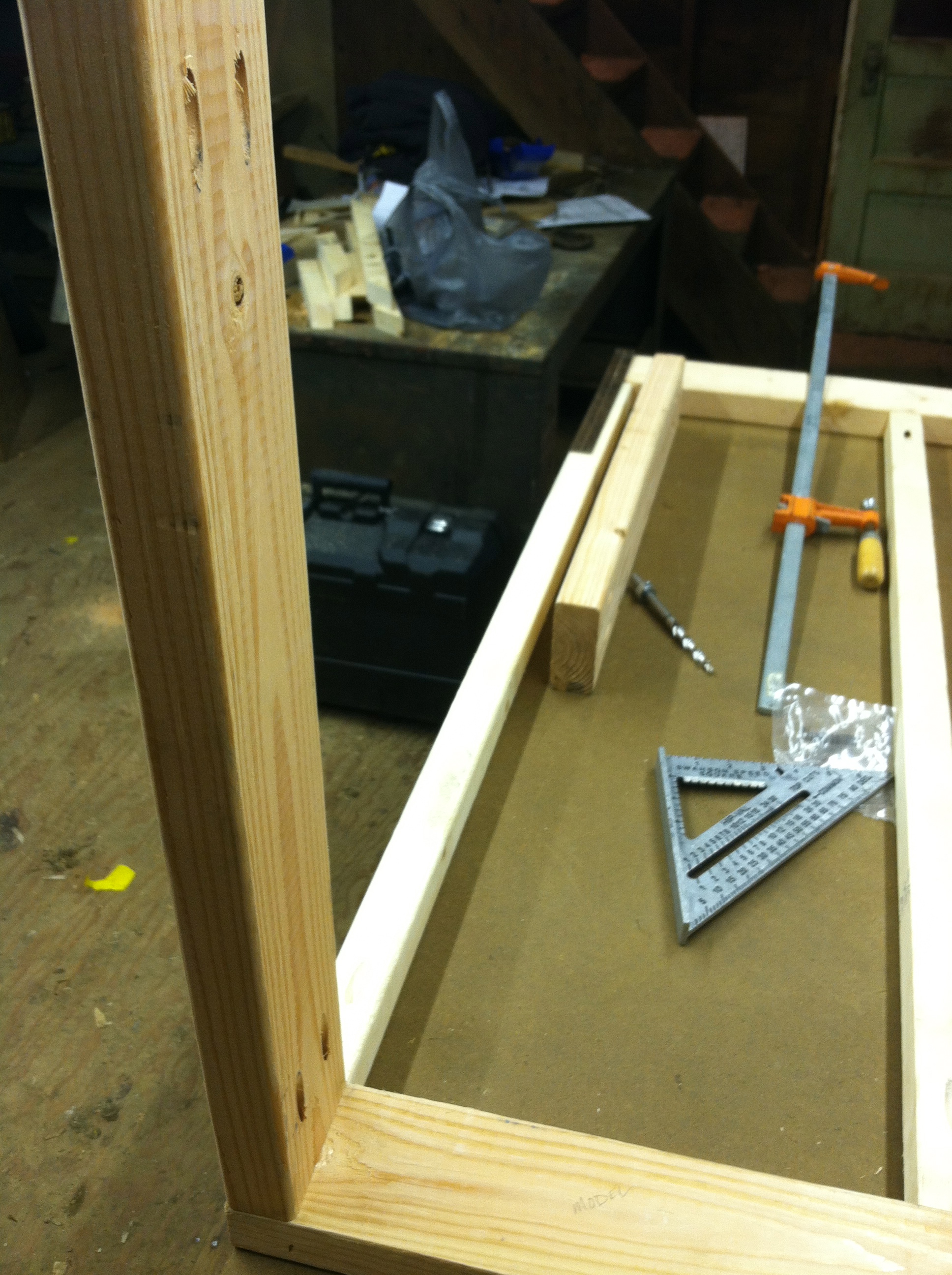 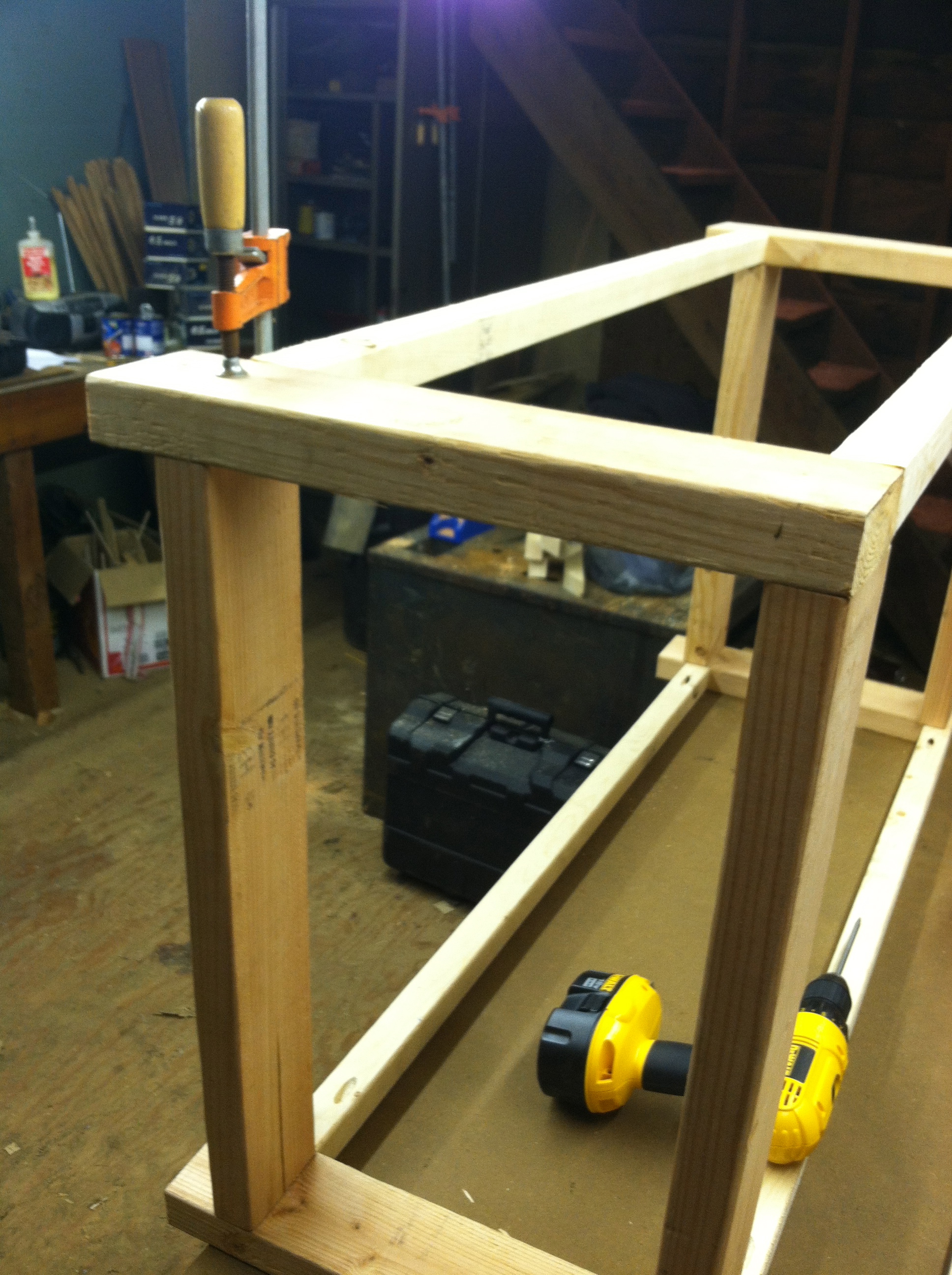 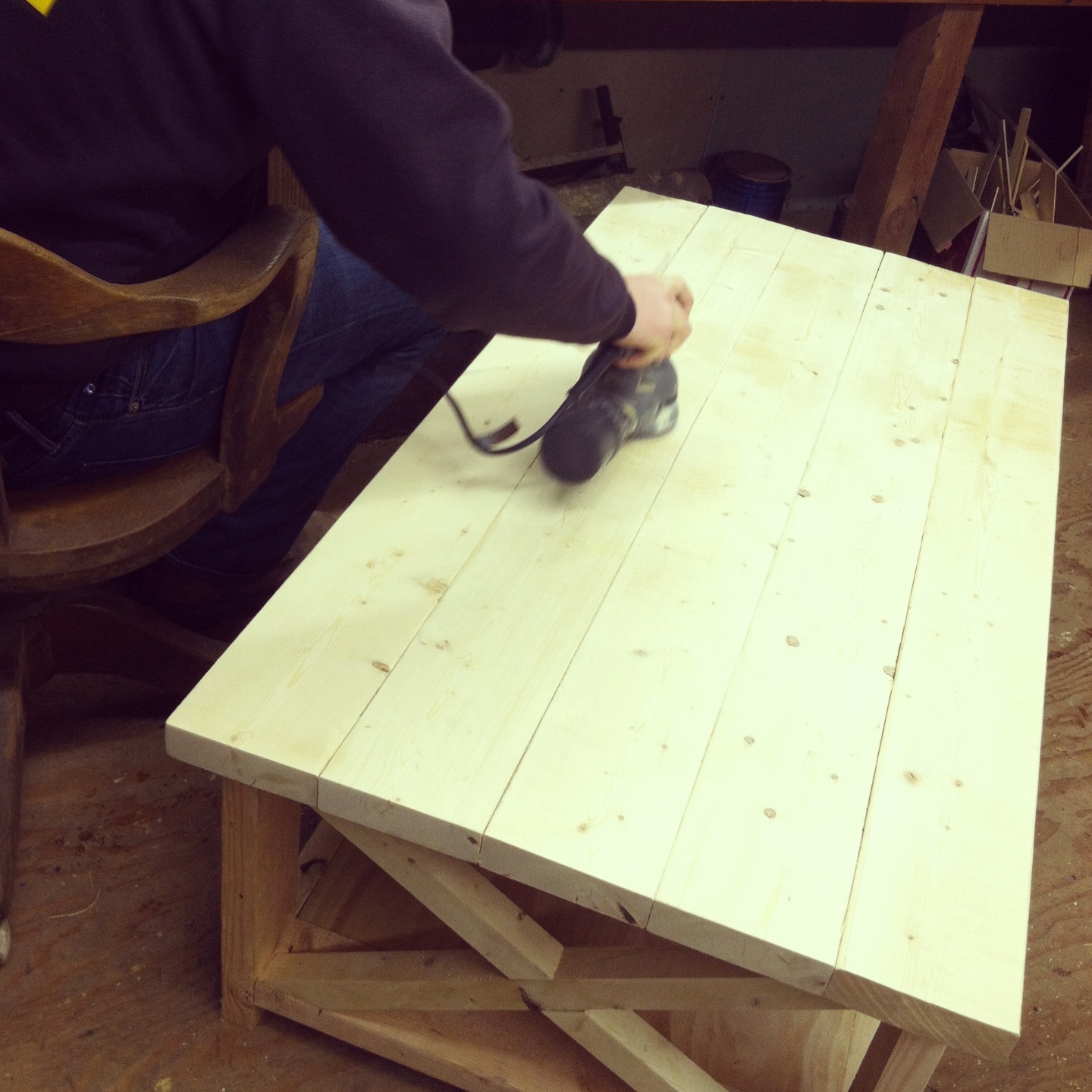 so much sanding!! but almost ready for the stain… 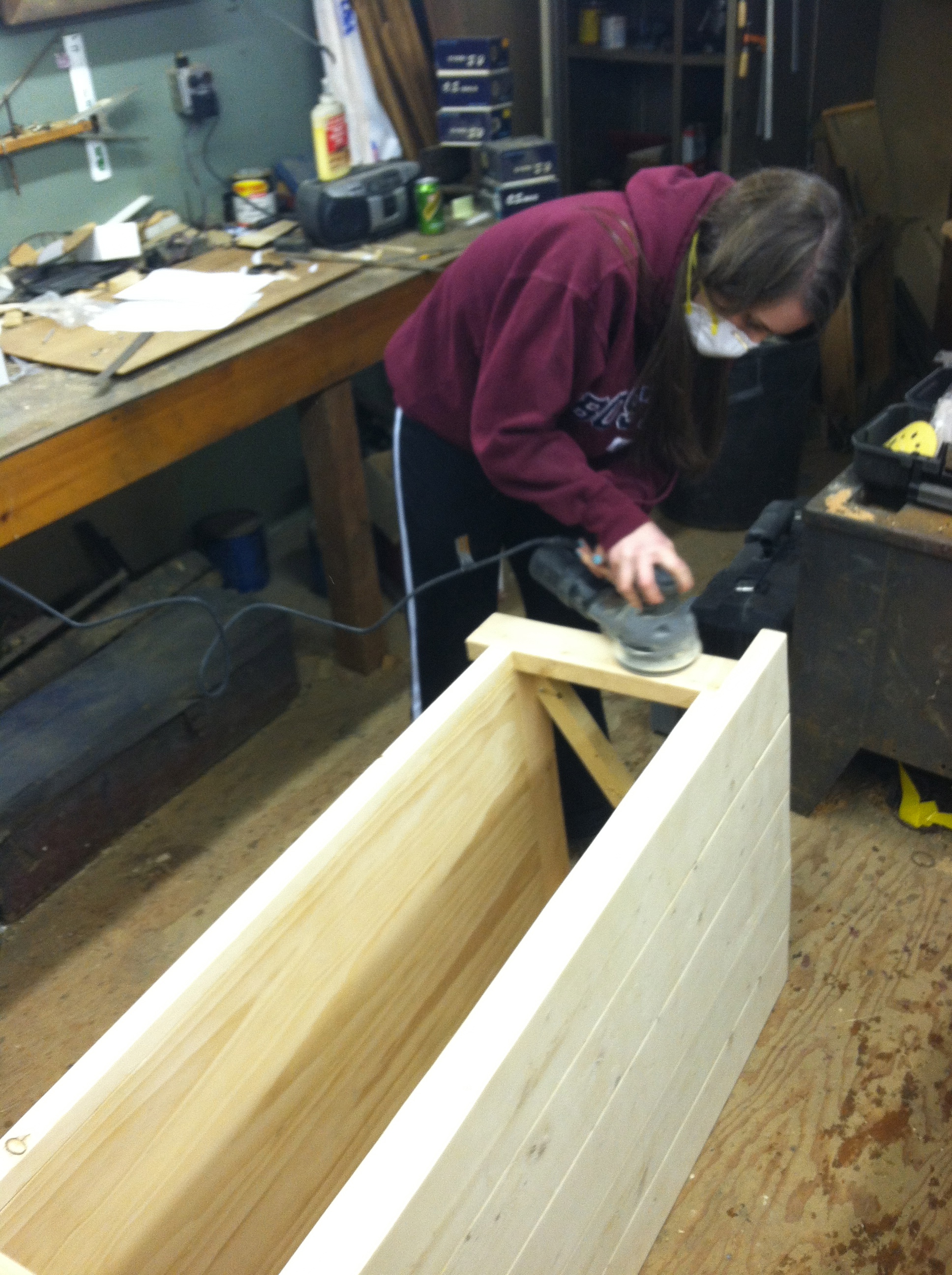 The dust everywhere was getting to me… had to buy a mask. And you can see the somewhat sketchy conditions of Grandpa’s woodshop…. 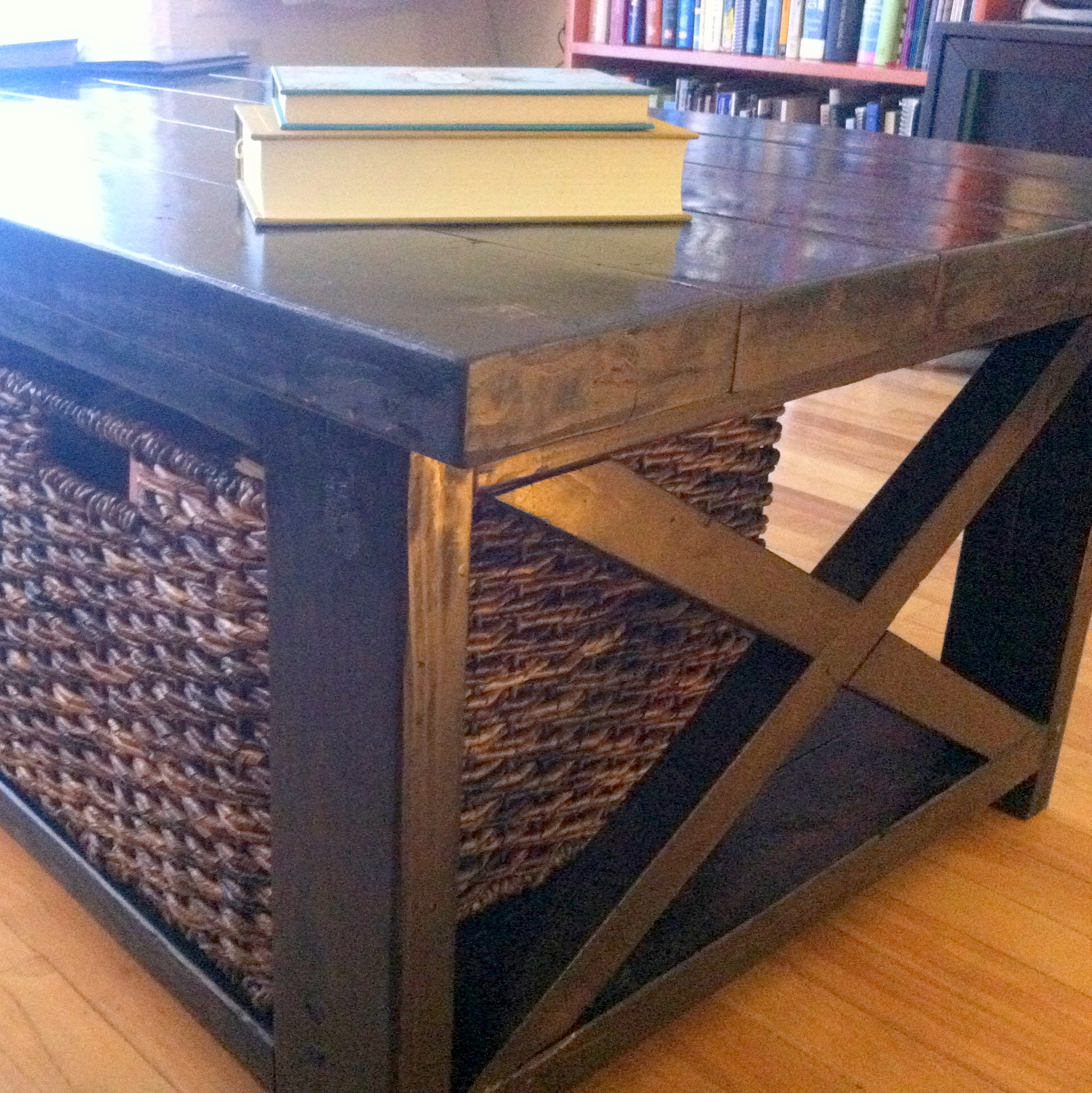 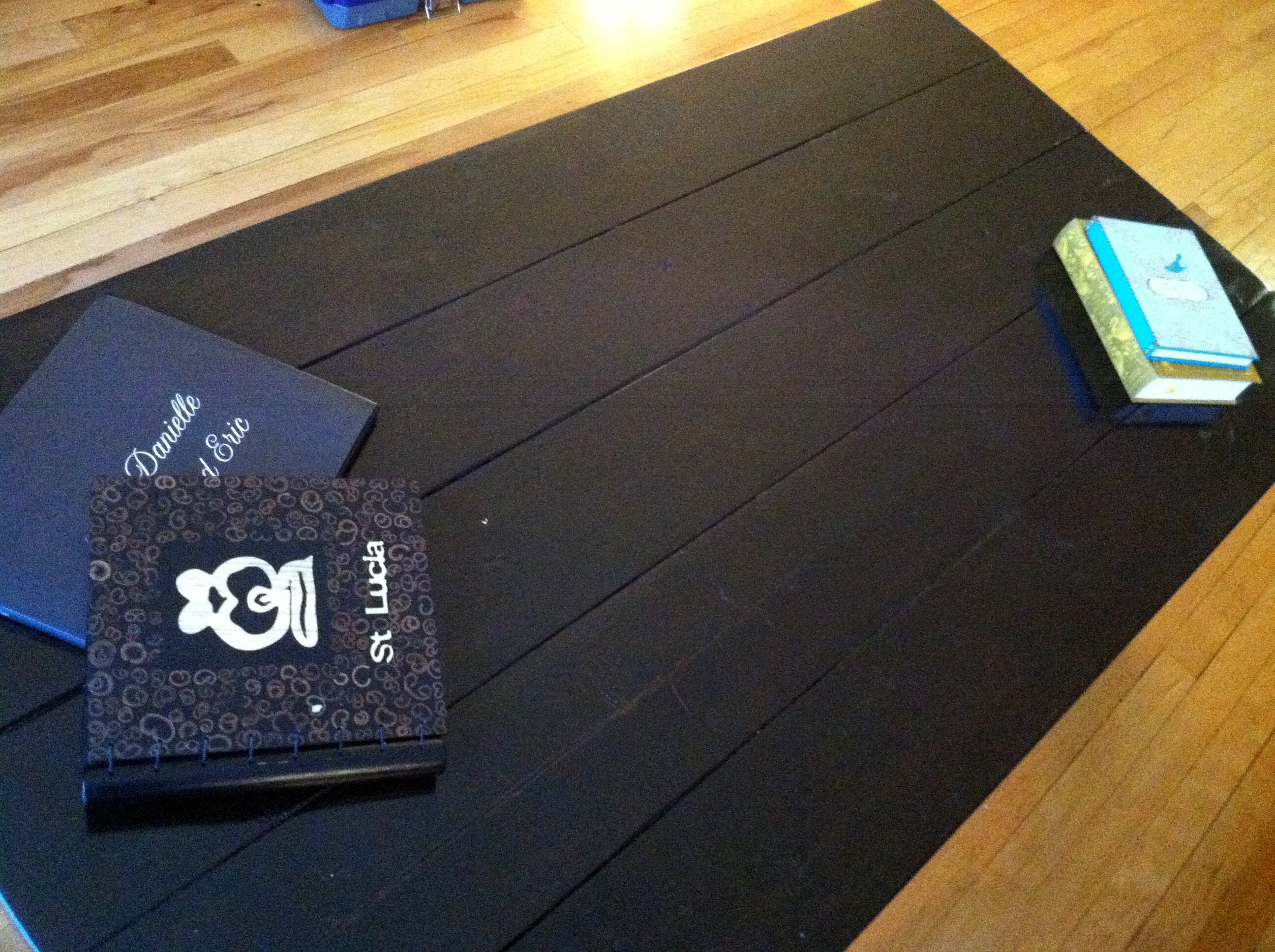 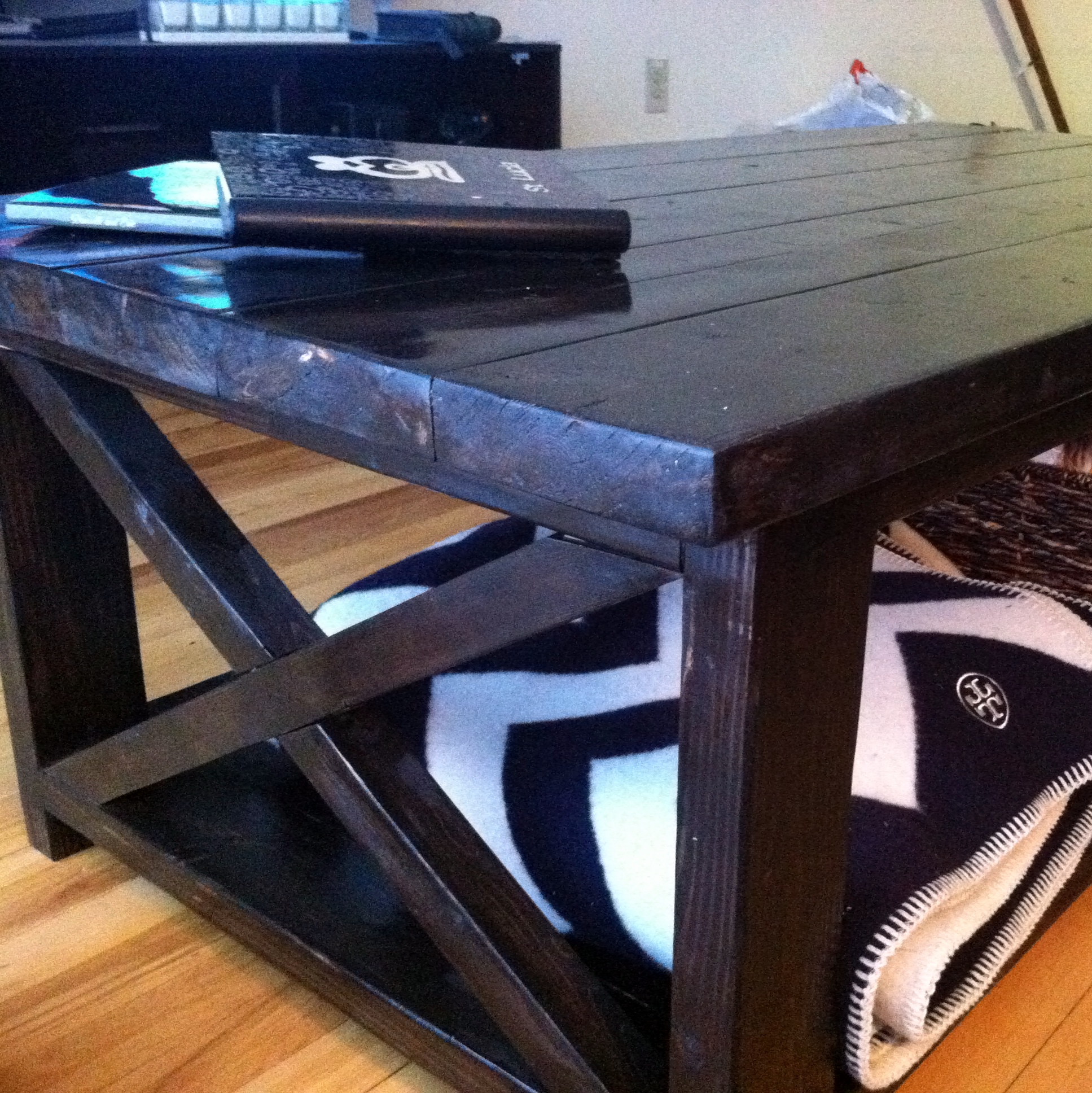 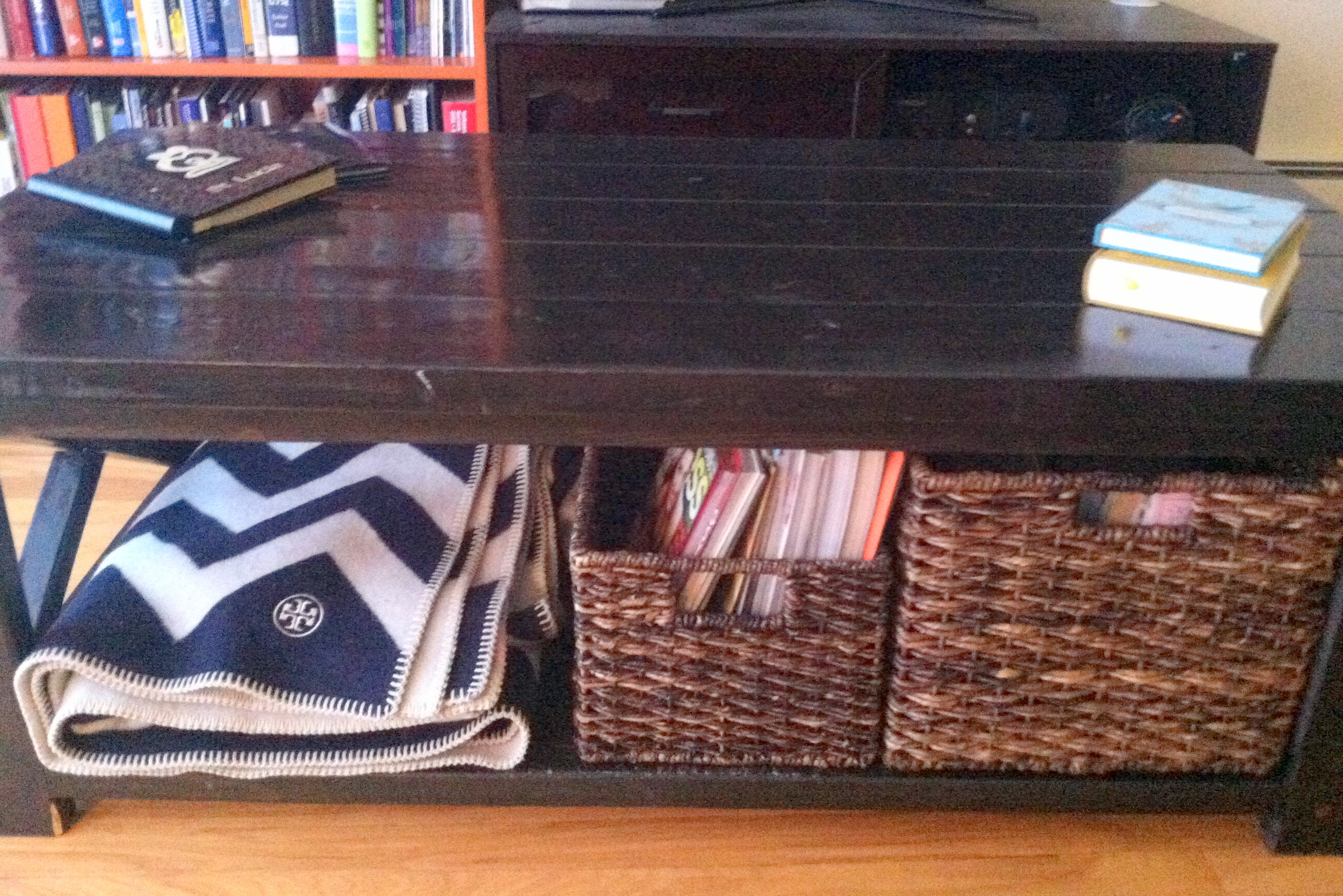 Unless you plan on chopping down the wood from your backyard forest, this table is definitely not free. However, with just the cost of wood and stain, it was ok. We also bought tools that made the trip to Lowe’s more expensive. kind of really expensive. But we know we’ll use them again, since I’m already planning to build a storage bench for some extra seating in the apartment.

Back to the coffee table costs:

So not the cheapest thing ever, and it took a lot of time to build, but it’s perfect for us!! Our space really feels complete now.