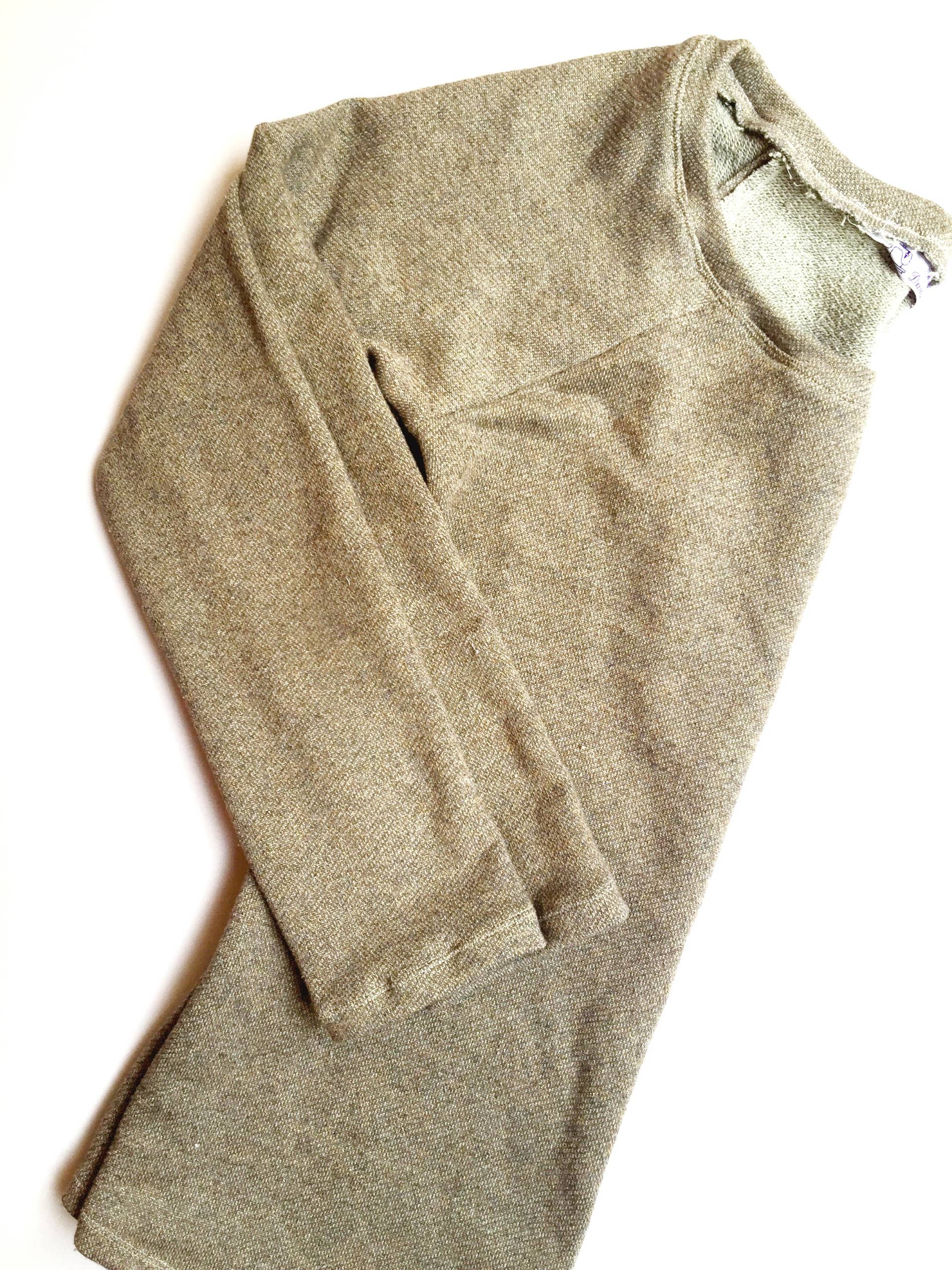 Well… I made another one 🙂 I’m getting so much faster with these Lane Raglans! I think this took less than an hour. Now, I just need to transfer the pattern pieces to cardboard so they’re easier to reuse. I also need to make the hoodie version of the pattern, but I know it won’t be quite as fast, and I’m enjoying the speed of these right now.

I used one of the French Terry fabrics that we found at Mood for this project. This one has metallic thread used throughout. It’s almost impossible to see in pics, so it kind of just looks brown 🙁 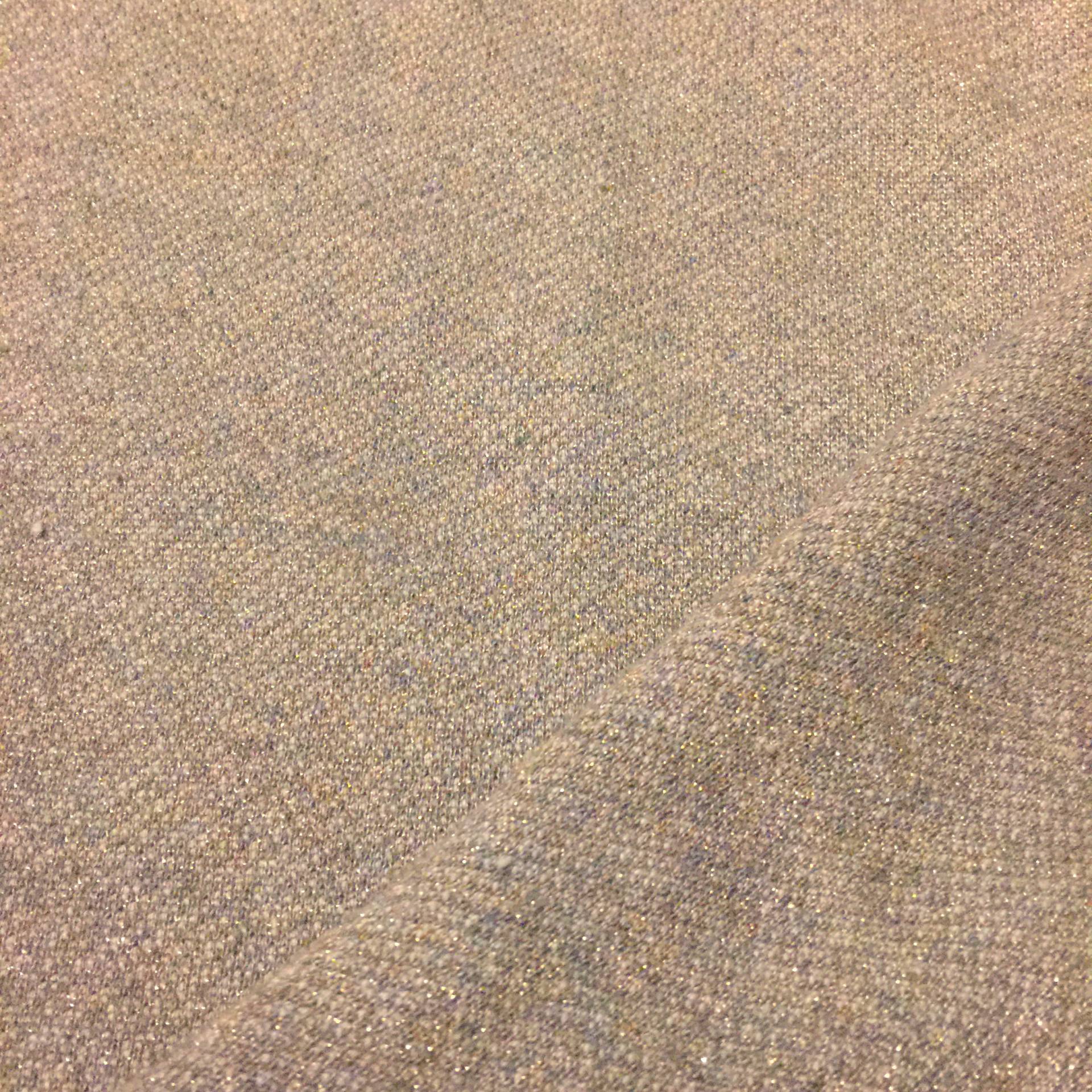 Can you see the metallic??

I didn’t finish the edges, because I thought French Terry was like every other knit… but it’s not :/ it seems to leave some lint from the edges. We’ll see how it goes. It’s not unraveling, so maybe another round through the washer/dryer will help clean it up

It’s also much thicker than jersey, but that wasn’t a problem, just makes it perfect for fall! I have a light grey French Terry that I’ll be sewing up soon. I might be making another Lane… or maybe I’ll branch out and make a Halifax without the hood. 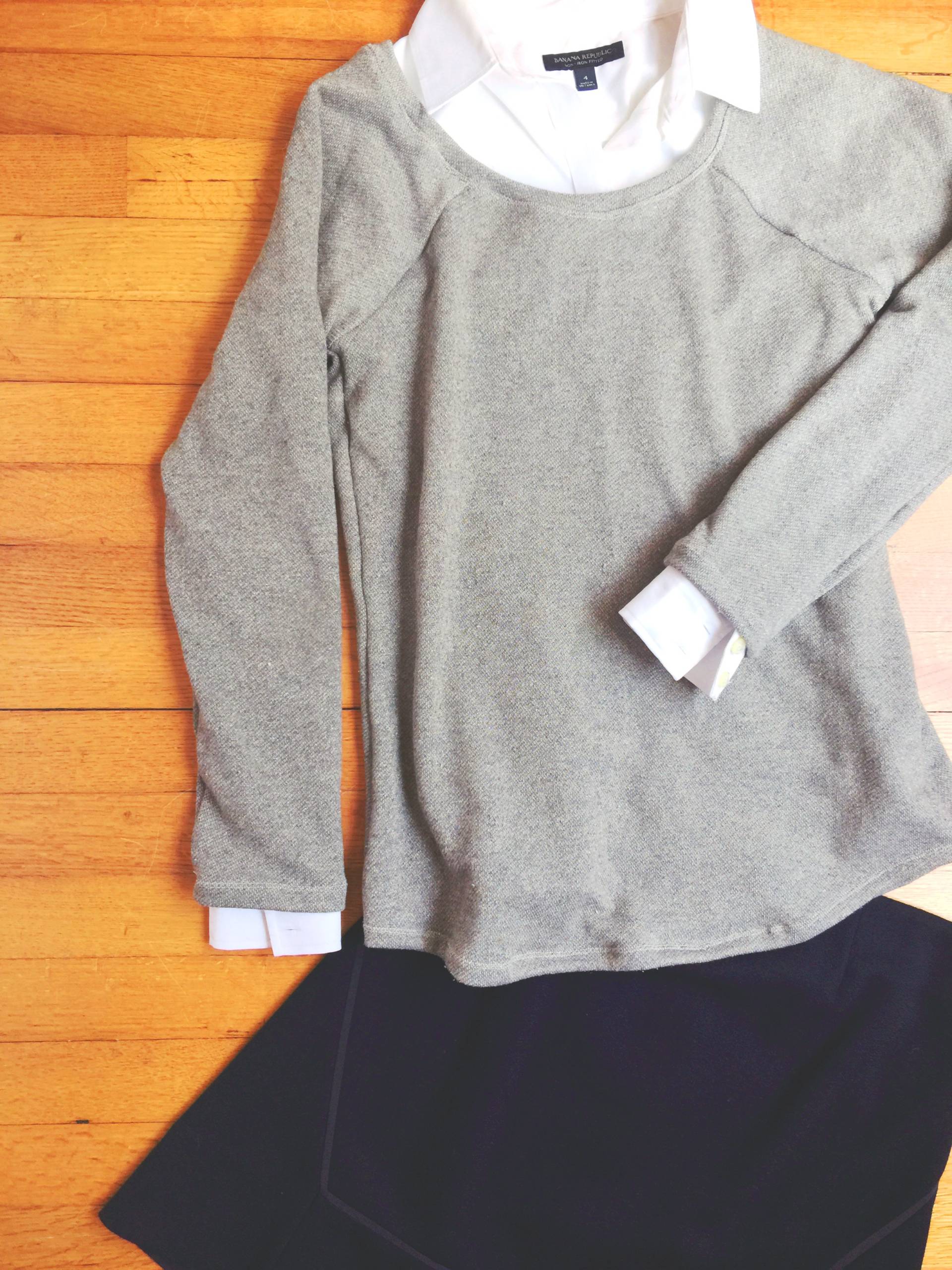 This shirt is actually for my sister: she picked out the fabric at Mood when we were together. I think she’ll even be able to wear it to work if she layers/ accessorizes 🙂 which she always does. It’s in my size, so it should be big enough for her to layer.

If you haven’t figured this out, the Lane Raglan is a great first-time-sewing-with-knits project. It has very few pattern pieces, and the instructions are very easy to follow. I think almost everyone in the sewing world has made one of these, but if you haven’t, you need to try it!