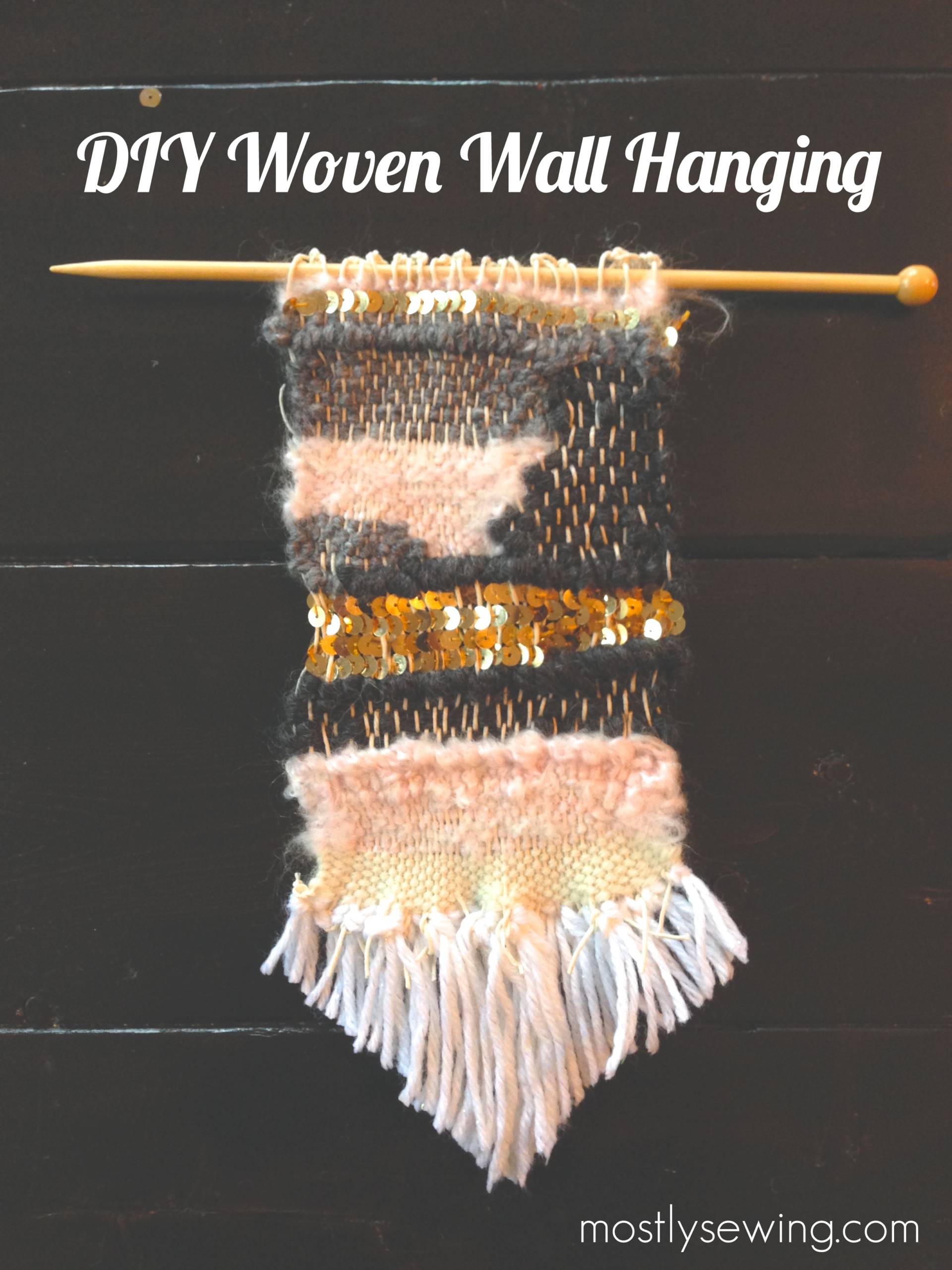 A few days ago, I showed a picture of the pink and gold wall hanging I made for Stef for Christmas.

If you’re questioning the trendiness of this item, just search pinterest for “woven wall hanging” and you’ll see a million other tutorials on how to make these. I wanted to share a couple of the mistakes I made along the way, so hopefully you won’t make them as well.

First of all, I read this tutorial and thought I would be able to use a picture frame ( I also found this concept on pinterest). But it definitely does not work. The main threads all bunch together and the piece will not be as wide as you’re planning. It pretty difficult to tell which thread comes next in the “warp” (sugar and charm provides a glossary of terms in her weaving post. very helpful) because it’s not spaced evenly.

The point is – just buy a loom if you’re going to make something. 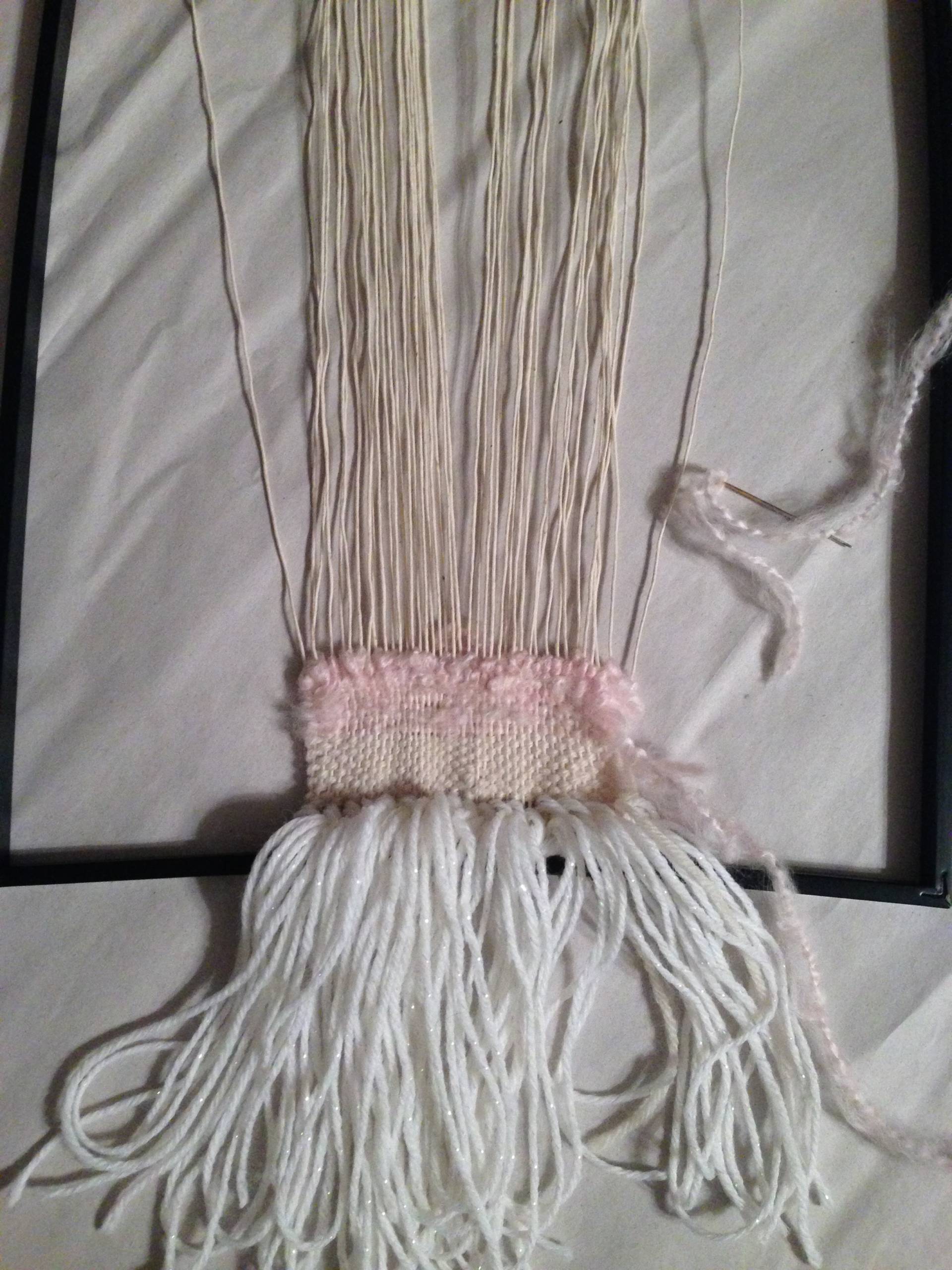 Another problem I had involved the yarn being too thin. While I wasn’t using a particularly thick yarn, I just thought it would show up better. I found myself using the soumak stitch (step 28 in the A Beautiful Mess tutorial ) often just to keep it interesting.

I added some thick yarn in grey and black, as well as some cool gold sequins, for some texture.

It probably took a few hours – I can’t exactly remember how many Gilmore Girls episodes I watched while working on it…. 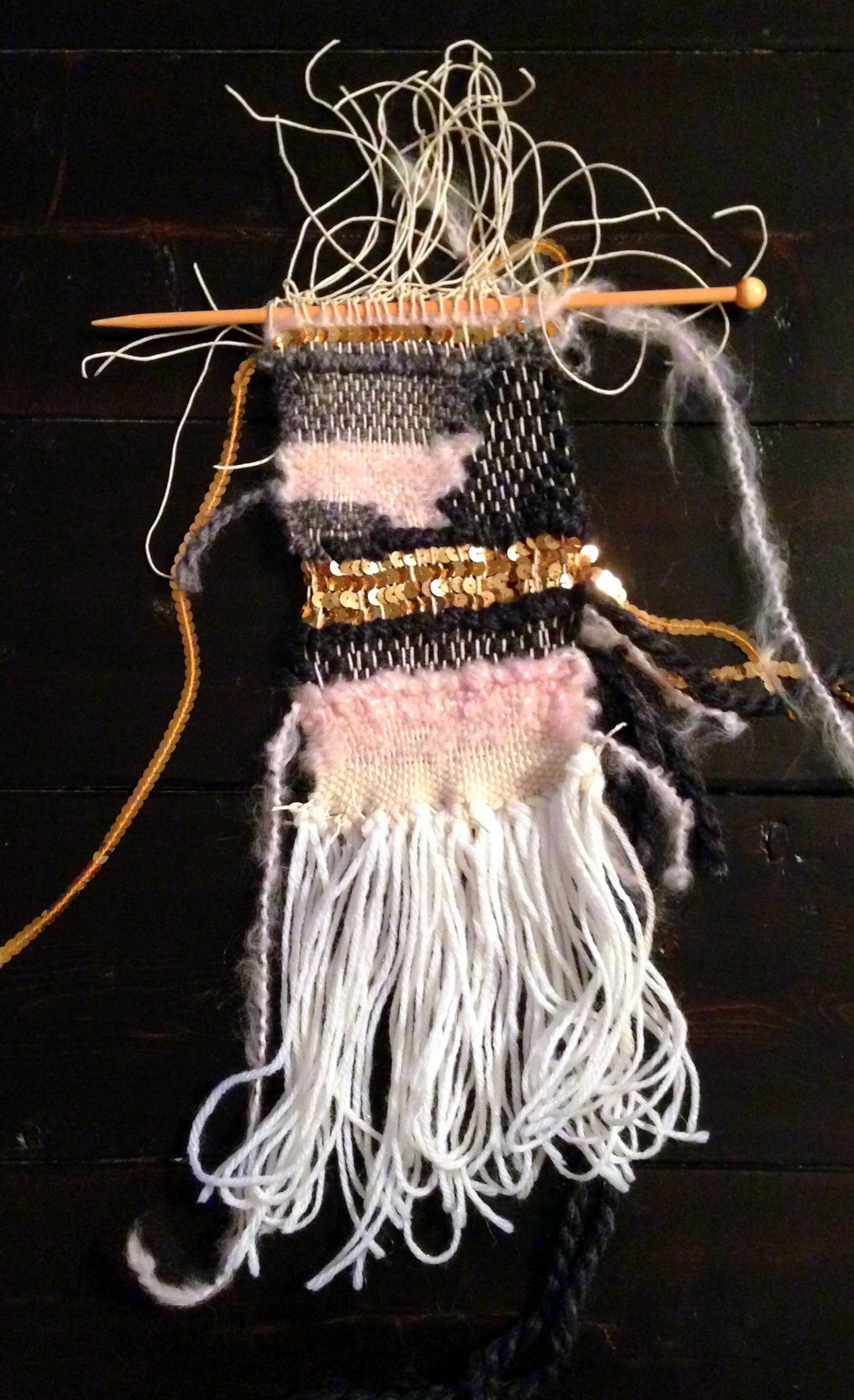 I didn’t have a dowel available, so I pulled out a knitting needle that was missing it’s mate 🙂

I was a little overwhelmed at this point because I didn’t know how I was going to tie in ALL THOSE LOOSE ENDS. There’s so many of them!! I just went one by one around the edges, threading everything in until it was over….

Then I trimmed the bottom into a point, and I was done!

Here’s a pic of it hanging in her apartment 🙂 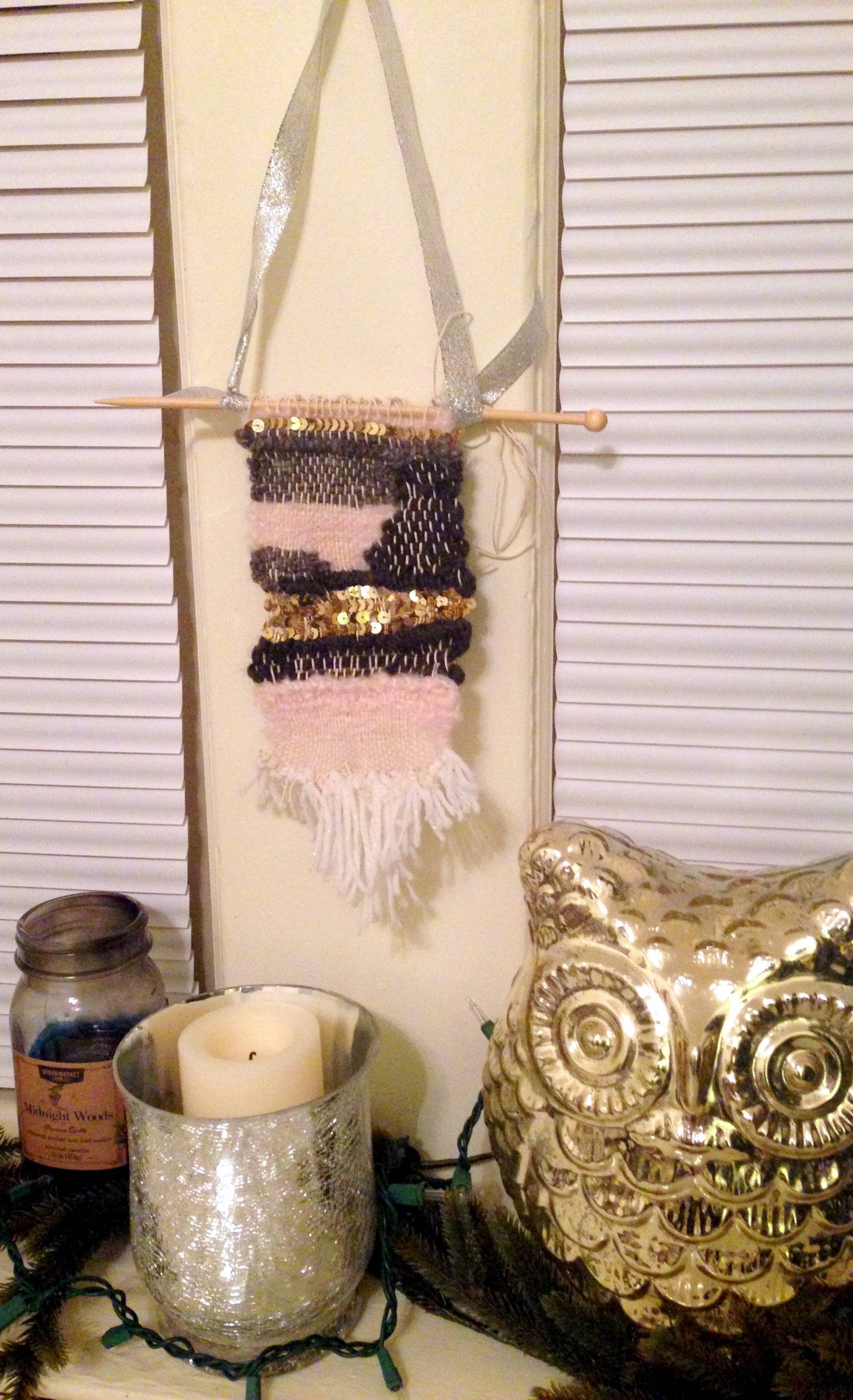 The tutorial from A Beautiful Mess is my favorite, and they even show how to make a loom if you don’t feel like buying one (I don’t know why I didn’t make a loom… it’s not that hard).