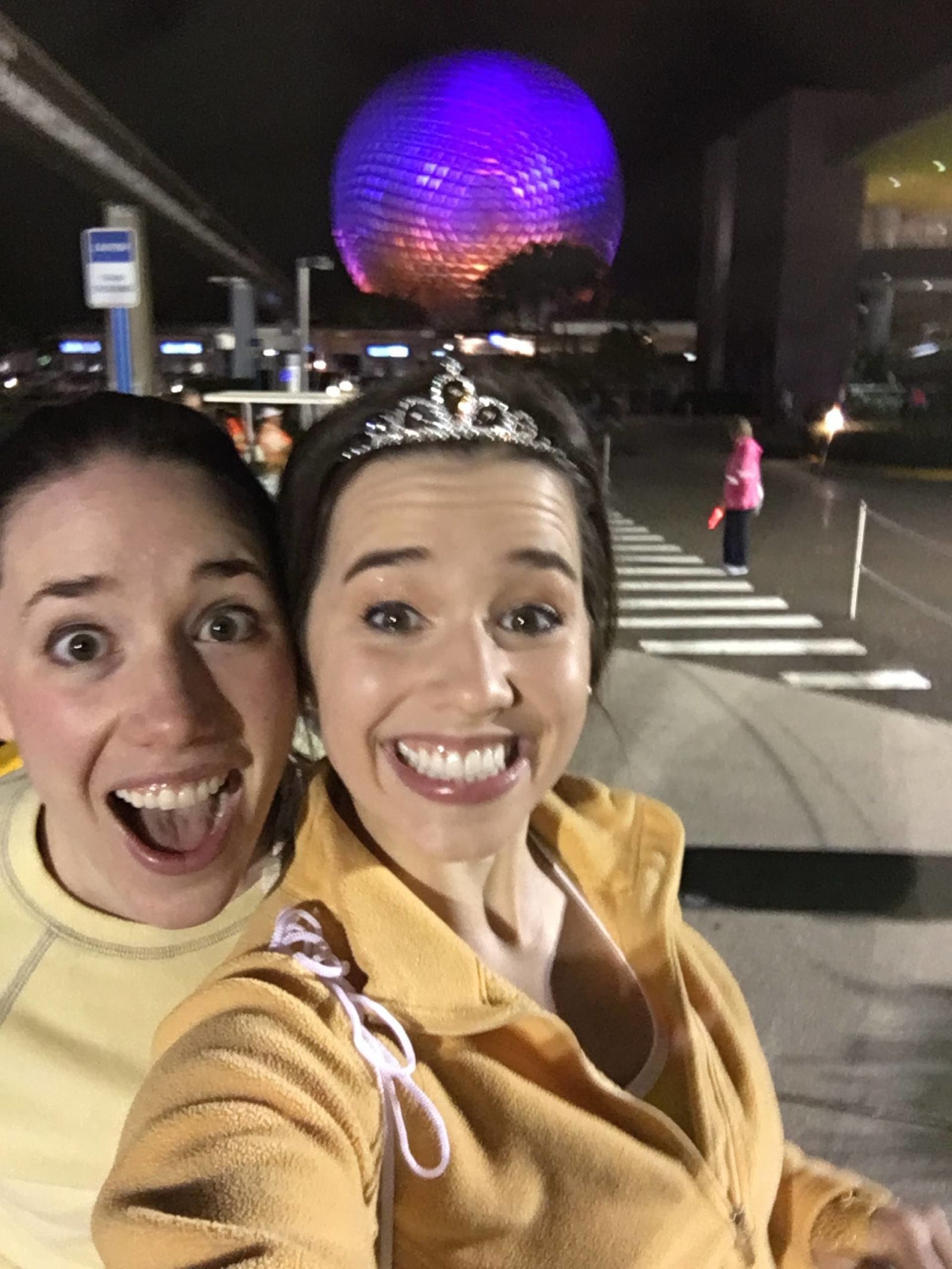 Now I want to write about the logistics of the Disney Princess Half Marathon weekend. I love love love Disney World, but the actual event was not as fun as I expected this time around.

There weren’t enough honest posts about how everything works as a participant, so I didn’t really know what I was getting myself into. Next year we’re doing things differently, but I want to share what we learned.

Submitting a Proof of Time

Everyone says this is a good starter race – but I kind of disagree. If you’re in the back of the race, you are walking with thousands of people. It is impossible to run at all.

If you plan on running even slowly, find a 10k or Half Marathon somewhere and run it so you can submit a proof of time and get started earlier. The bathrooms will be less crowded, the lines to take pics with characters will be empty, and you won’t be running in the sun.

Because we were in the back of the line (next to last group), we didn’t start running until an hour after the race officially started. Weirdest feeling ever. My body was so confused by waking up at 3am, walking a mile to the start line by 5am, and then not running until 6:30.

Trying to dodge all the walkers meant that we were really running zig-zag instead of straight…. which added a few miles to our distance.

There is not enough written about this!
This time around we stayed at the Hilton Orlando Buena Vista, because a comparable Disney hotel would be pretty expensive. But any Disney resort would be better than staying off Disney for this event. The rundisney buses only ran from Disney resort HOTELS, not the parks.
Even if the hotel is cheaper, you will probably make up the cost difference in taxis/uber charges (not to mention those resort fees tagged on at the end of your stay… Ugh).
Pros to staying off-Disney:

I know I sounded super negative in this post – but I just want everyone to learn what I learned!

We are SO EXCITED to go back next year. We’re going to do the Glass Slipper challenge and win 3 Medals (because it’s ALL ABOUT the medals. Really. why else would you run 13 miles??).

My dad and our friend, Alexa, will be running with us. My mom and my husband will be cheering us, and I can’t wait to hang out in Disney with all of them

Who knows… maybe I will be selling some Disney Race products in my etsy shop next year? CAN’T WAIT TO GO BACK!

I just want to live in Disney World.

Ok, I’m done. Happy Friday, and have a great weekend!!