We spent the second day of our Disney Princess Half Marathon Weekend  in Epcot! In the morning we went to a RunDisney weekend breakfast with 4 princesses! So we got to take pics with Ariel, Snow White, Mulan, and Cinderella. They’re so fun 🙂

My shirt is from Walmart, but it’s actually cute and comfy! I didn’t want to spend much on clothes I won’t wear any other time of the year… 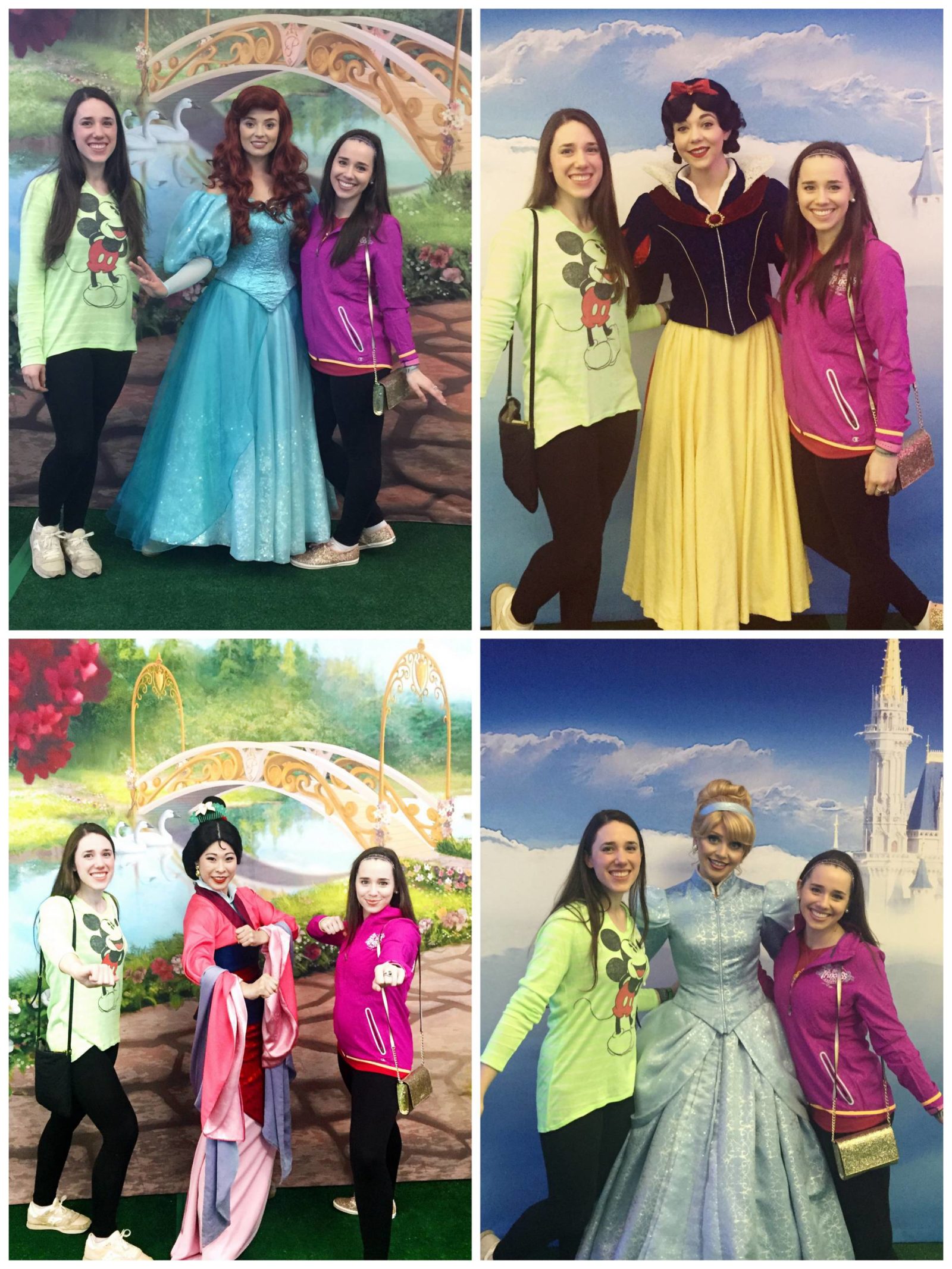 Next, we went into the park and waited for a Pixar Short-Film video that FastPass suggested… We got some Starbucks, and found out Sbux carries “You Are Here” mugs for all the parks!!! We were a little sad that we missed out on Magic Kingdom’s mug – but we’re going back next year! 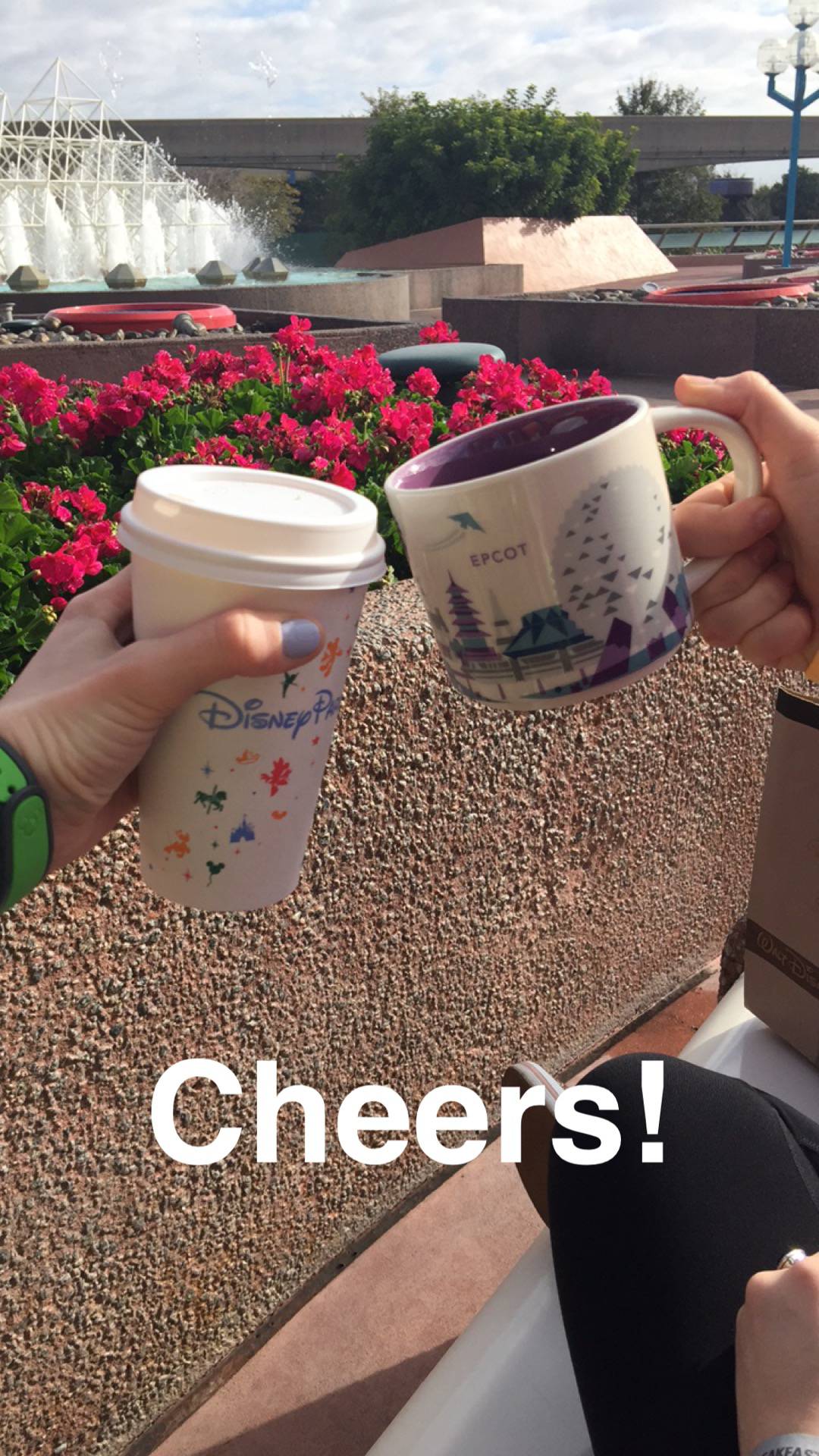 all of the starbucks cups have Disney Parks printed on them 🙂

The fountains in Epcot were so cool! we sat and watched while eating breakfast and waiting for the Pixar movie to start.

After the video, we had another FastPass to get pics with some characters. So cute! We were definitely the only adults there, but still fun! 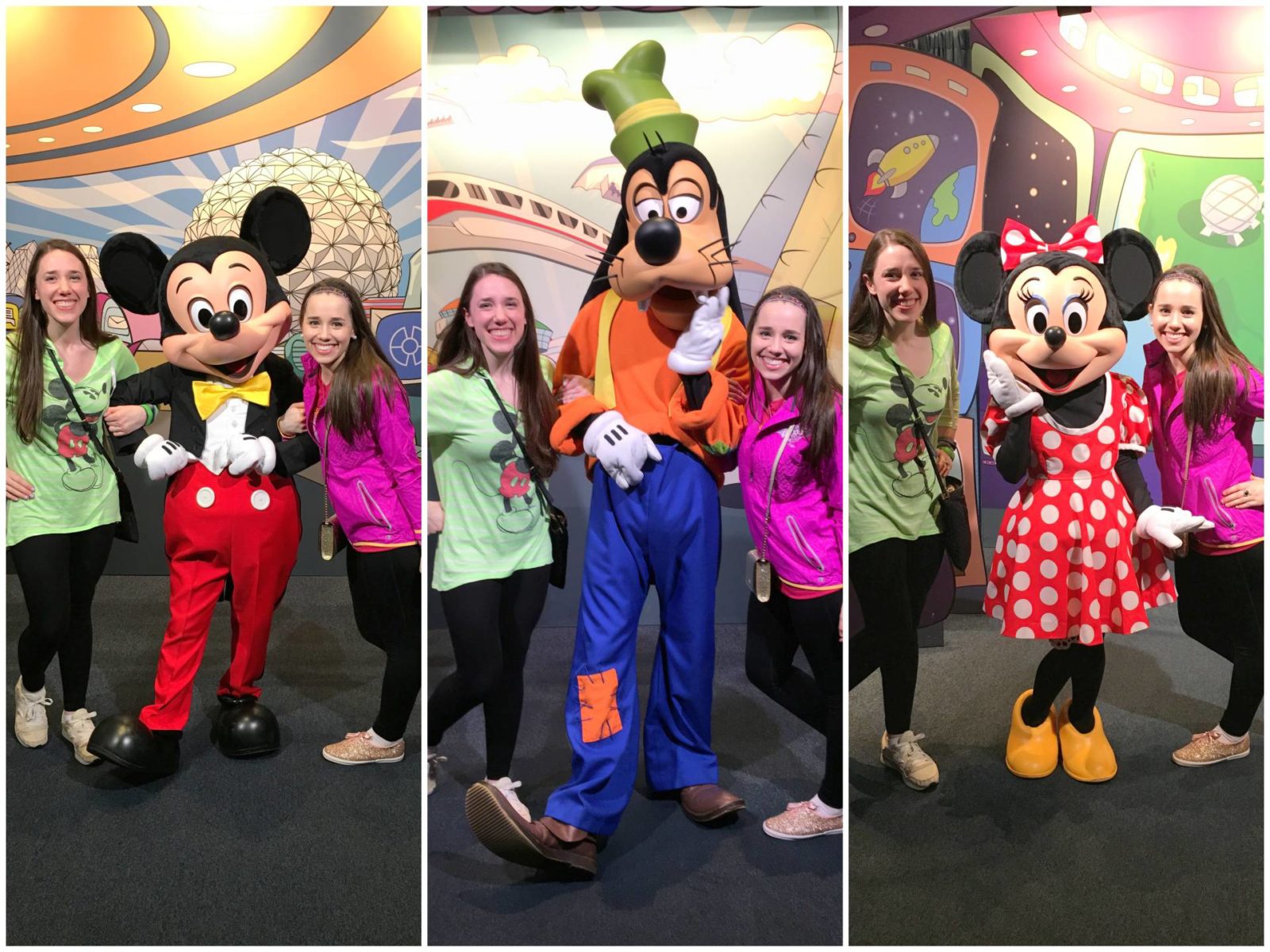 We also rode the Mission Space “Very Intense” ride – Not fun. Stef doesn’t usually have issues with dizziness, but that ride was very disorienting.

We wandered through the world showcase and ate some Mexican tacos while we recovered from that ride.

I don’t remember many of these countries from when I was a kid. I was convinced that they added to the World Showcase since 2000, especially Norway because of Frozen. But no, it was added back in the 80s.I just really only remember Italy, Germany, France, and Japan…. 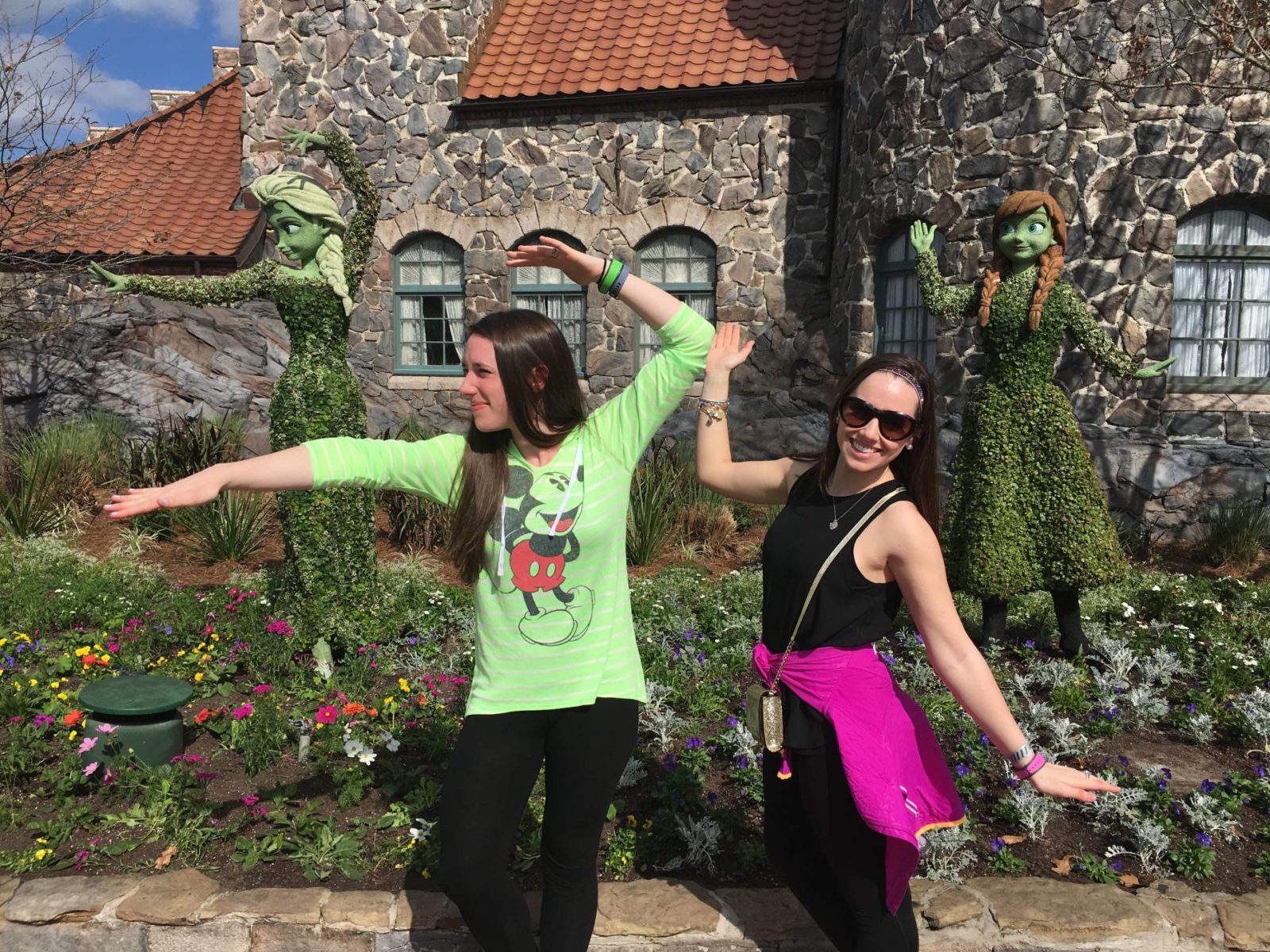 Posing with the shrub versions of Elsa and Anna 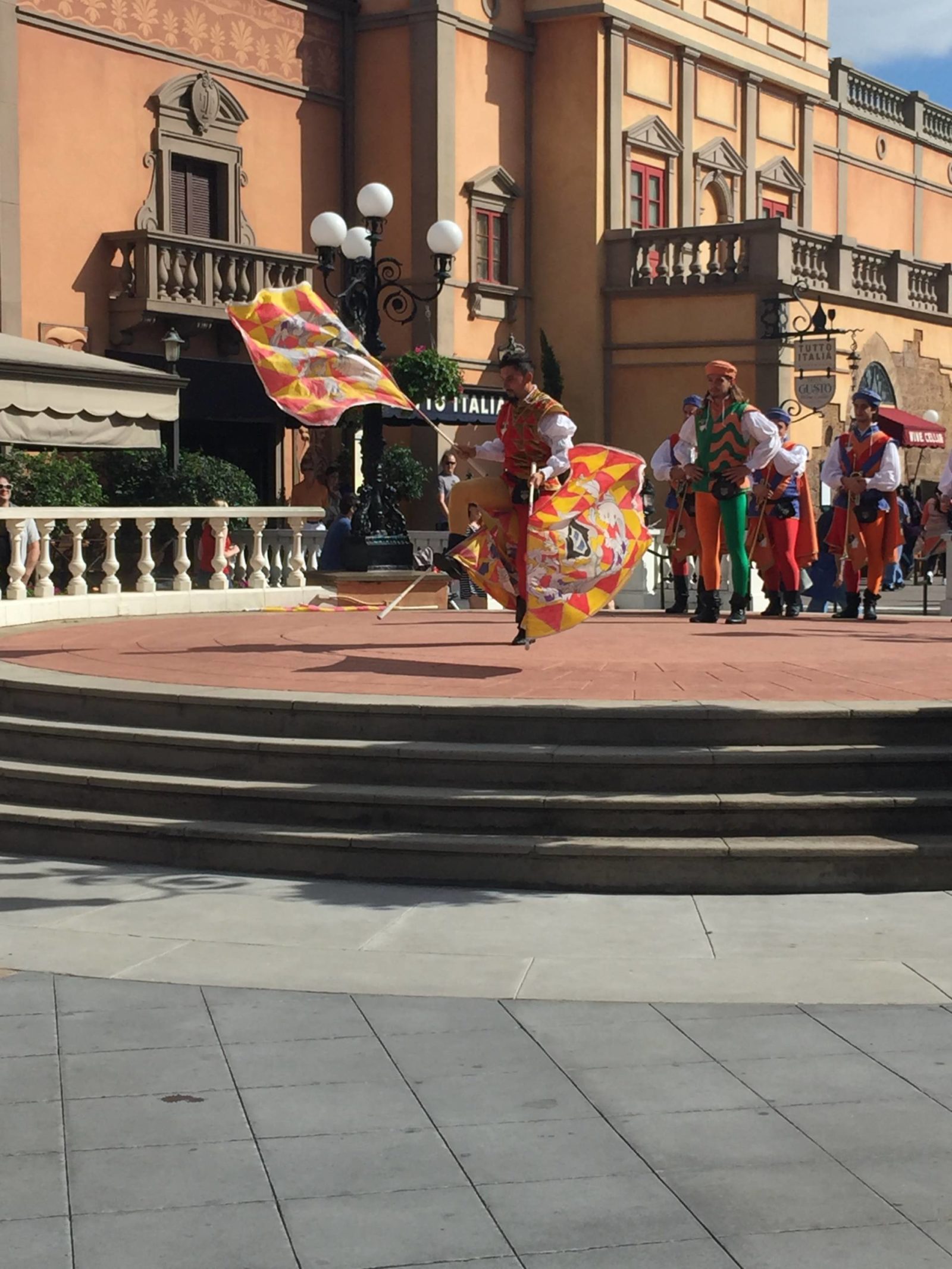 This guy was juggling 3 flags! Italy 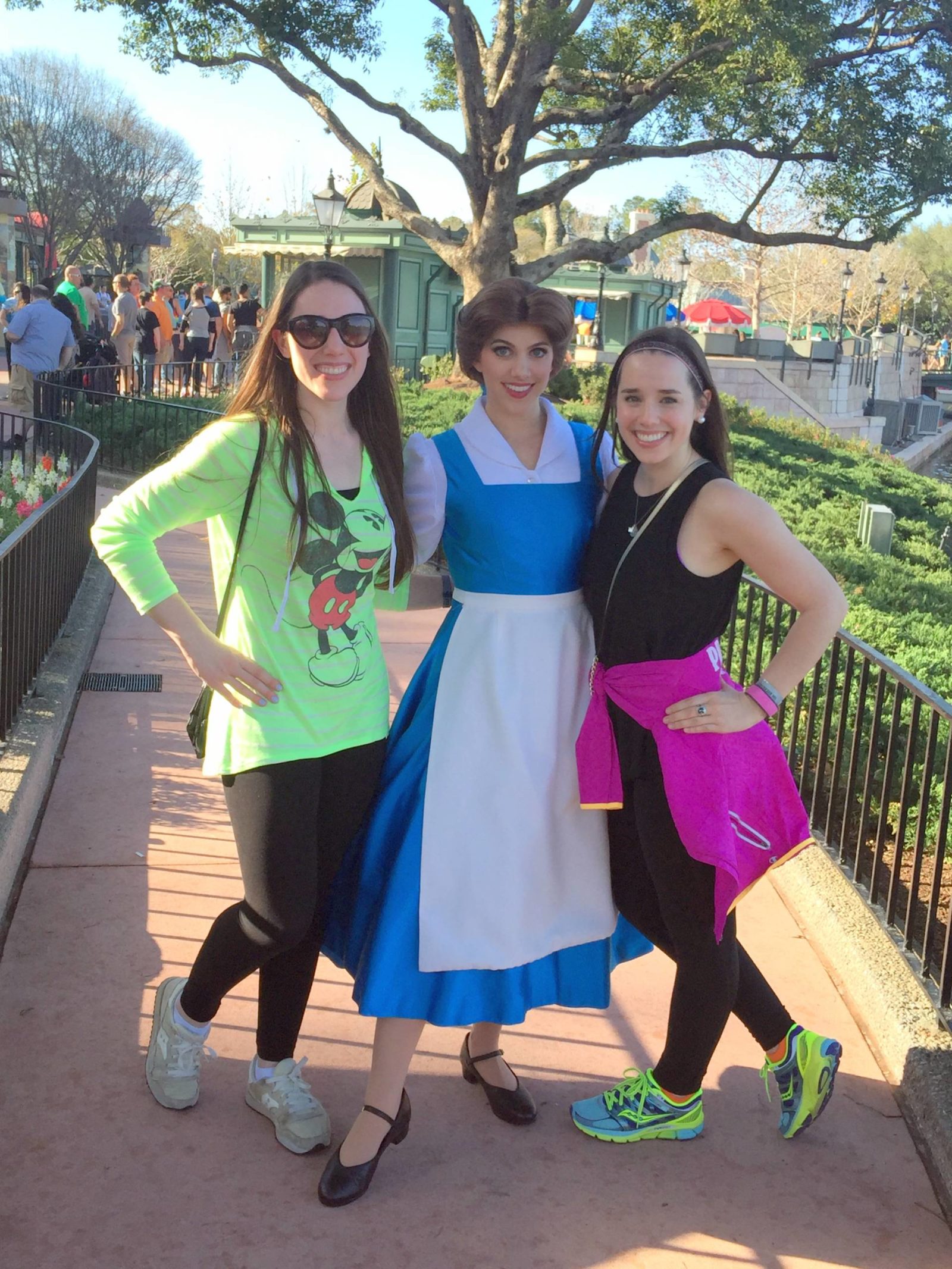 We found Belle in France! 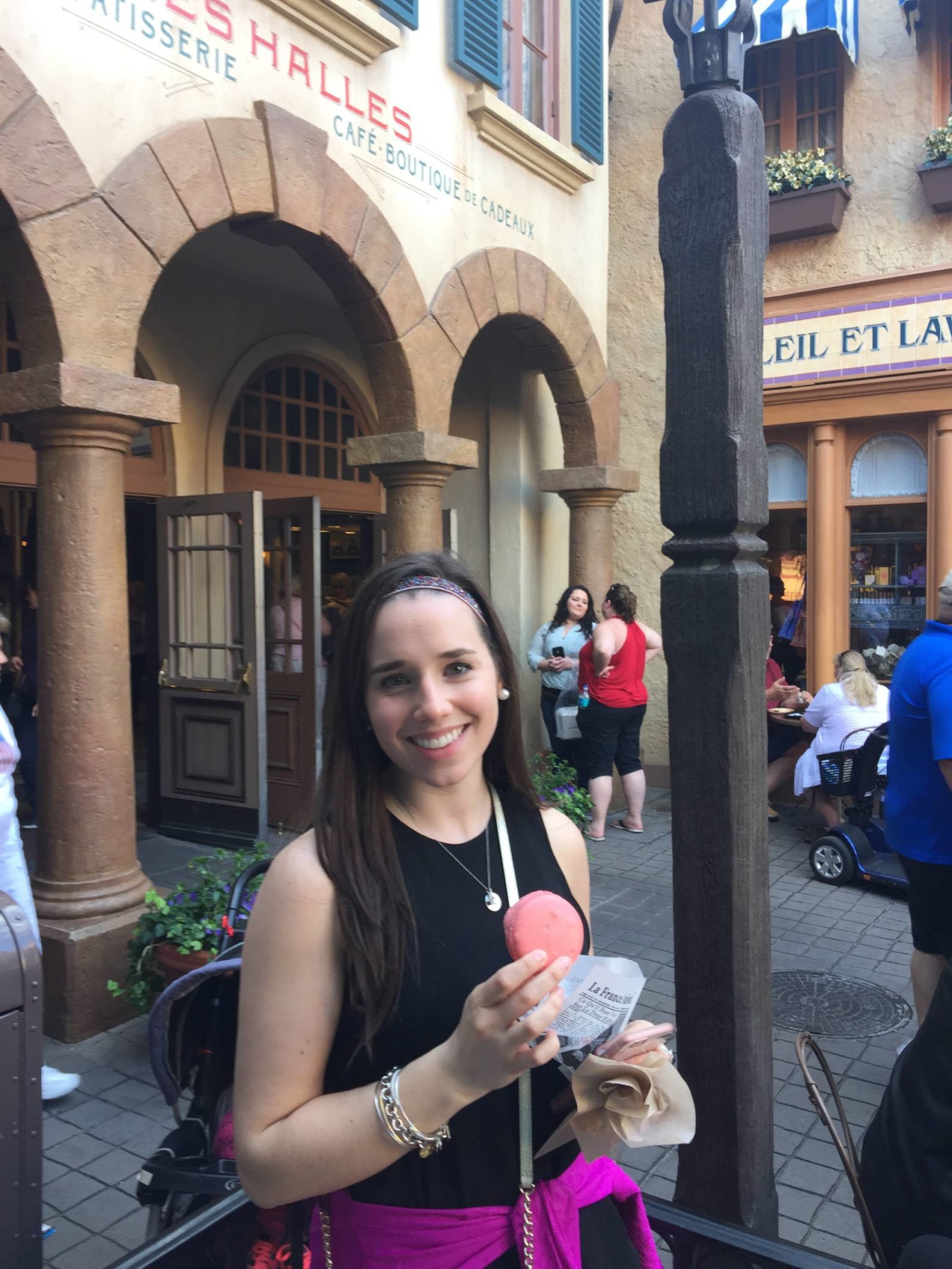 Stef eating a macaron ice cream sandwich in France! We ate a lot of ice cream in France 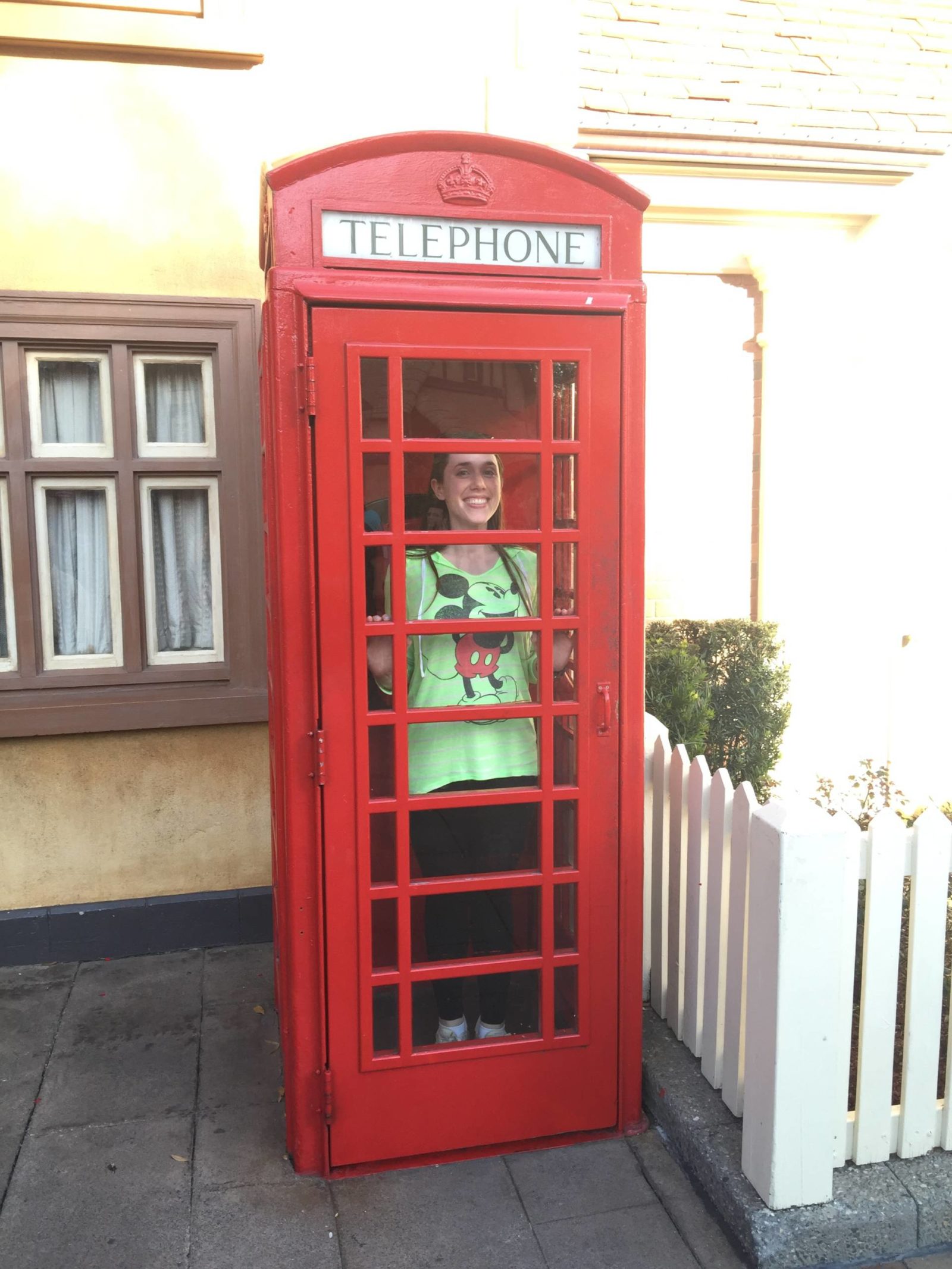 Phone Booth in the UK