I wasn’t too crazy about the holiday content I had planned for today, so I thought I’d share Lucie’s six month photos instead! 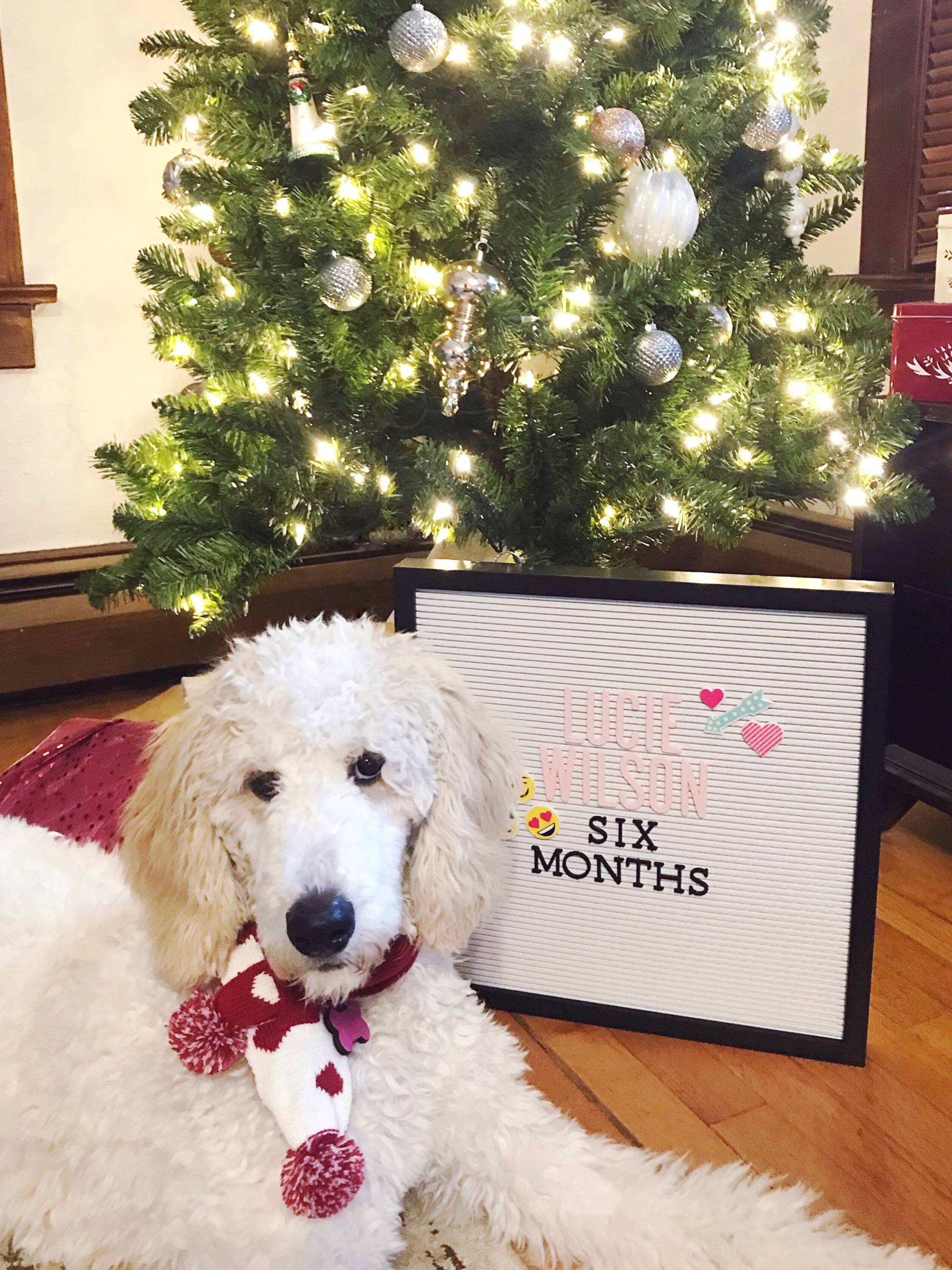 In case you don’t watch the instastories over @daniellewilson1228, she’s a standard poodle! She’s a “parti poodle,” with white and apricot, but the apricot has mostly faded to cream. FYI – poodles usually fade in color within the first few years. 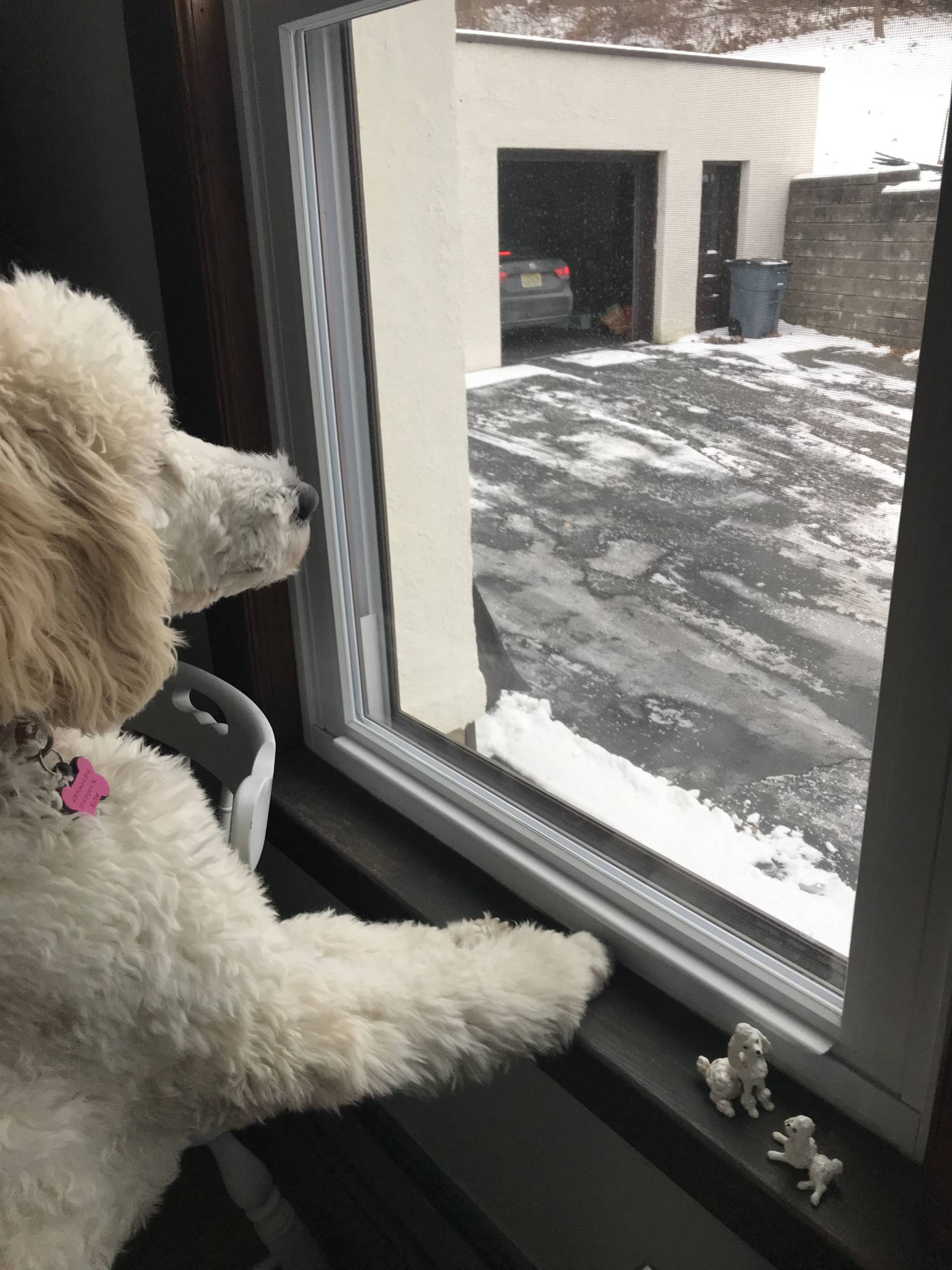 We’ve been through 2 obedience classes at Top Dog Obedience School – Puppy Kindergarten and the Beginning Obedience — and we’ll be starting Advanced Beginner in January! She can be a little feisty, but that’s what we’re working on in school! And life is so much better now that she’s potty trained… 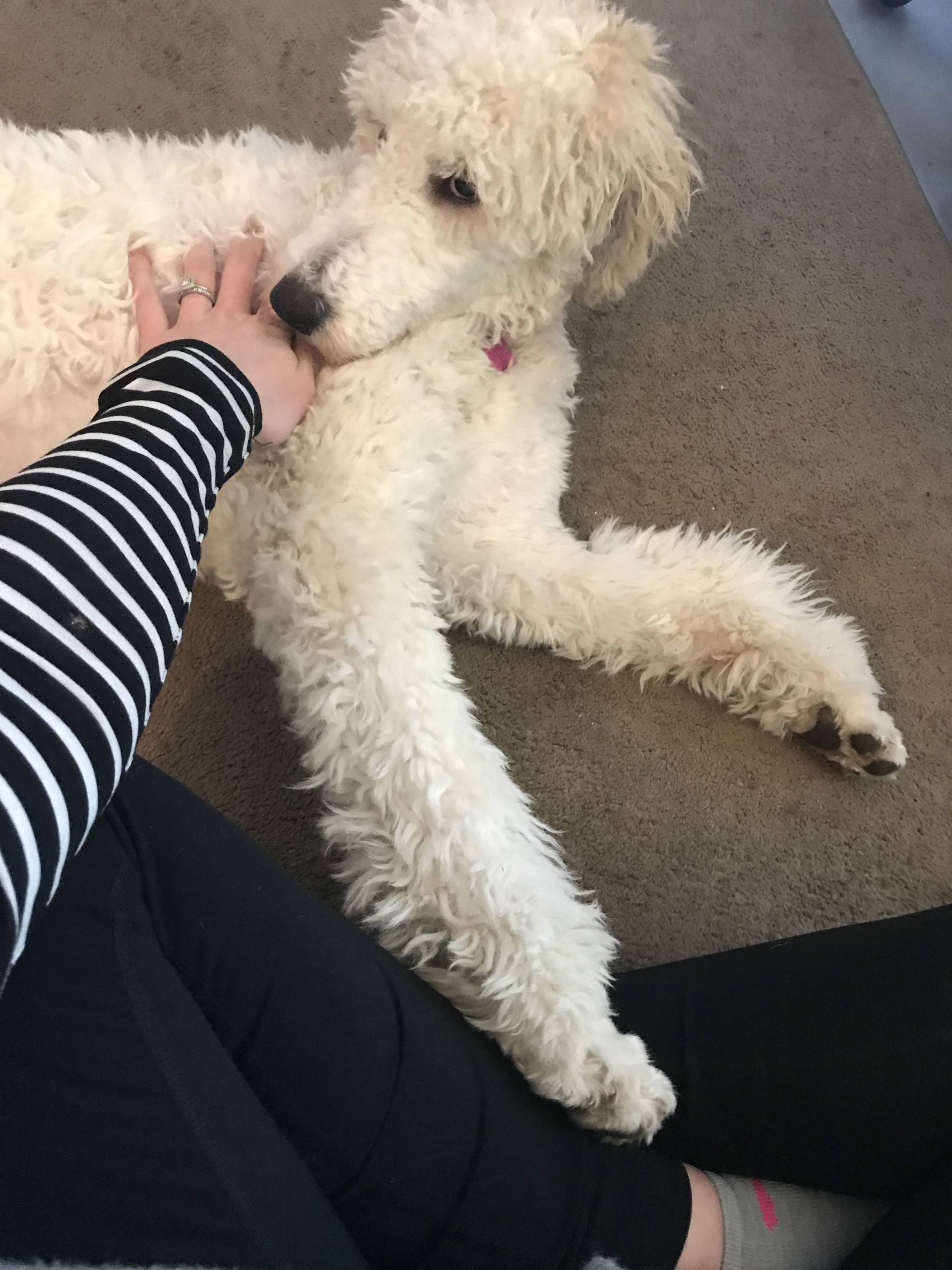 her paw is touching me at all times… 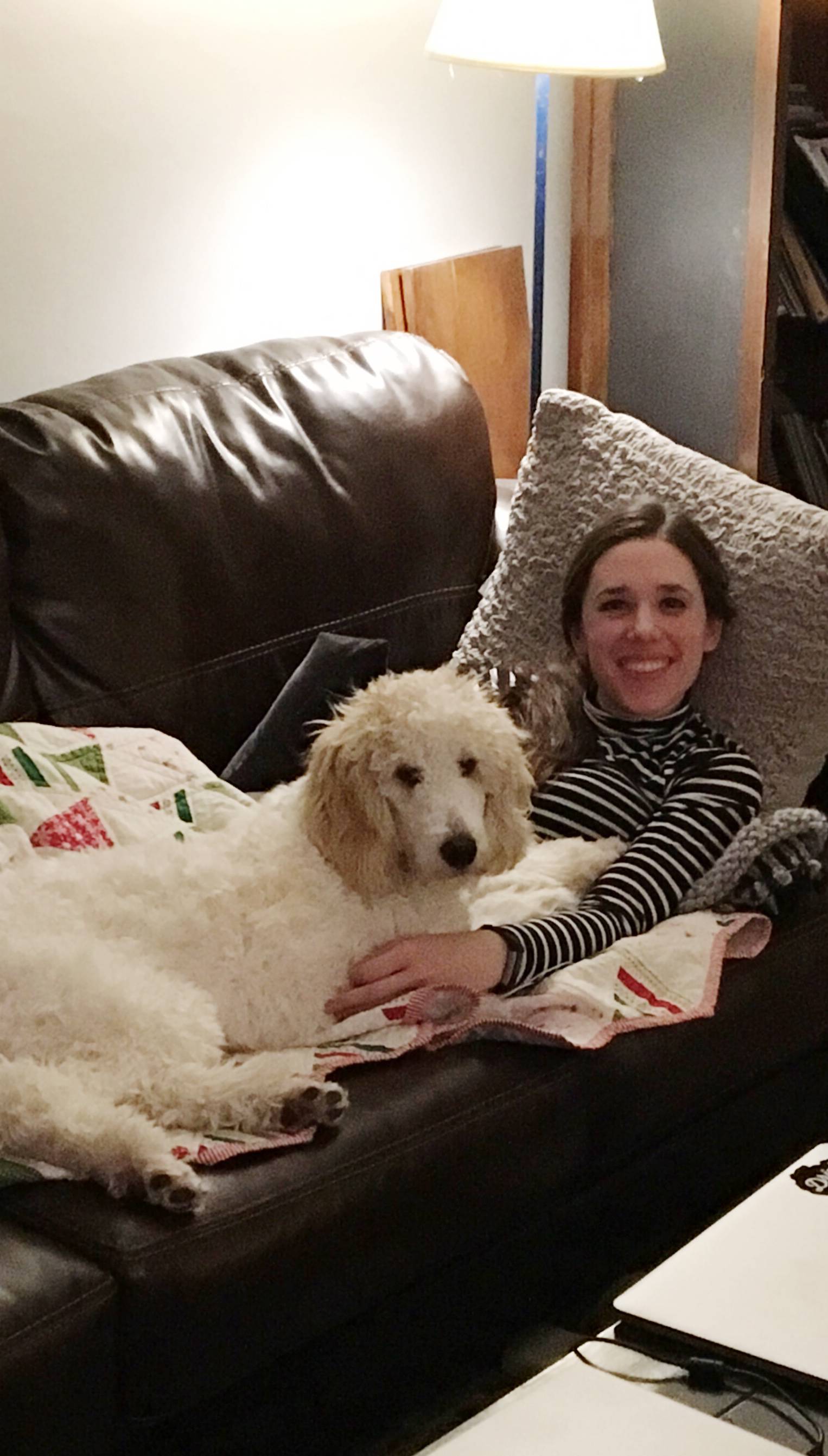 she never cuddles because she’s so hyper, so this was a special moment haha 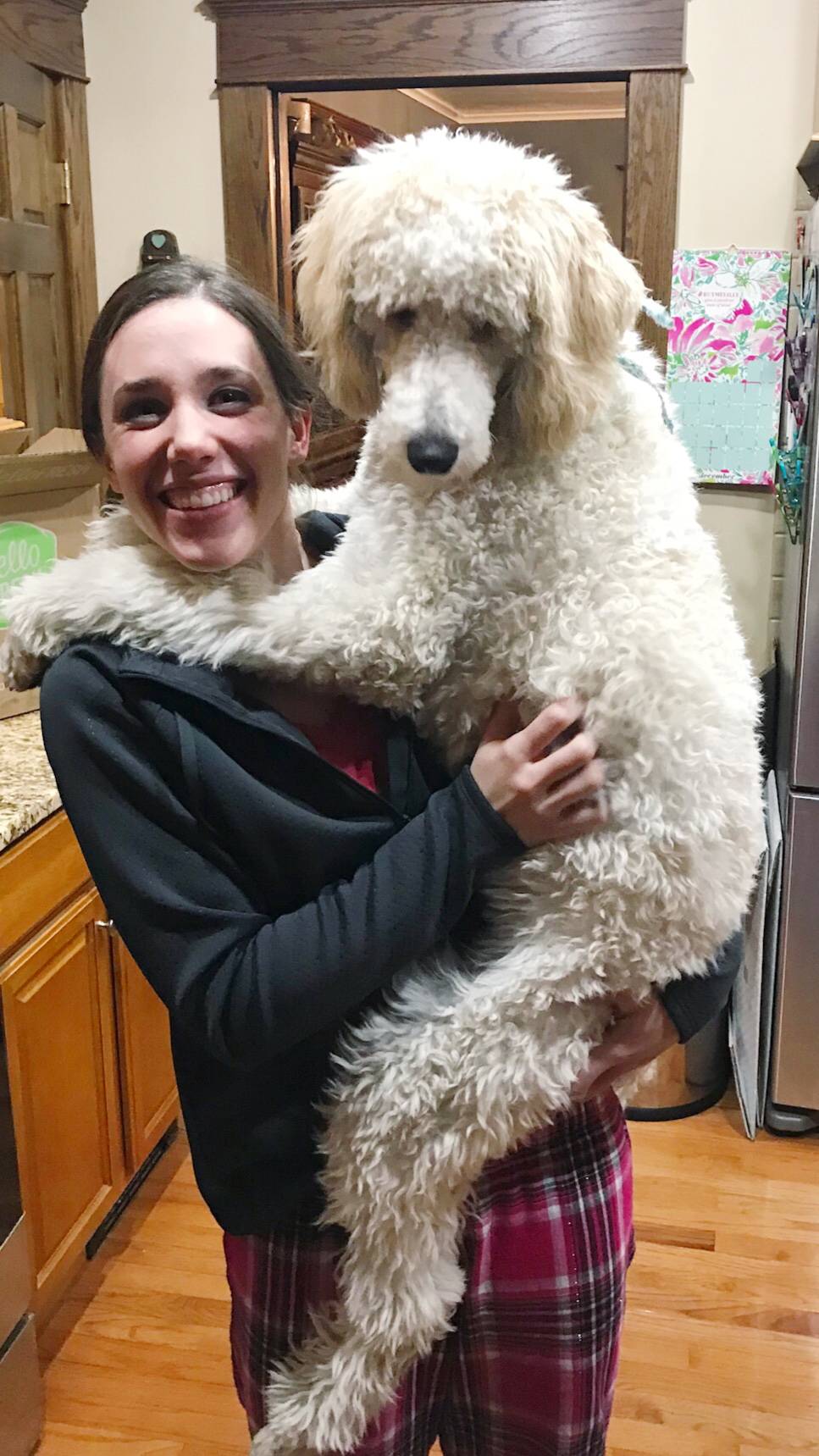 Hope you enjoyed these few photos!! Lucie and I actually have the same birthday, so we’ll definitely have a big party for her first birthday (and my 28th!) in June!

Back to the Christmas preparations!!