This didn’t make it into the Christmas cards… so I thought I’d post it here. And I haven’t posted on this blog as often, so you may not know all that’s going on in my life. Or you follow me on instastories, and you know everything about my life. Either way, keep reading! 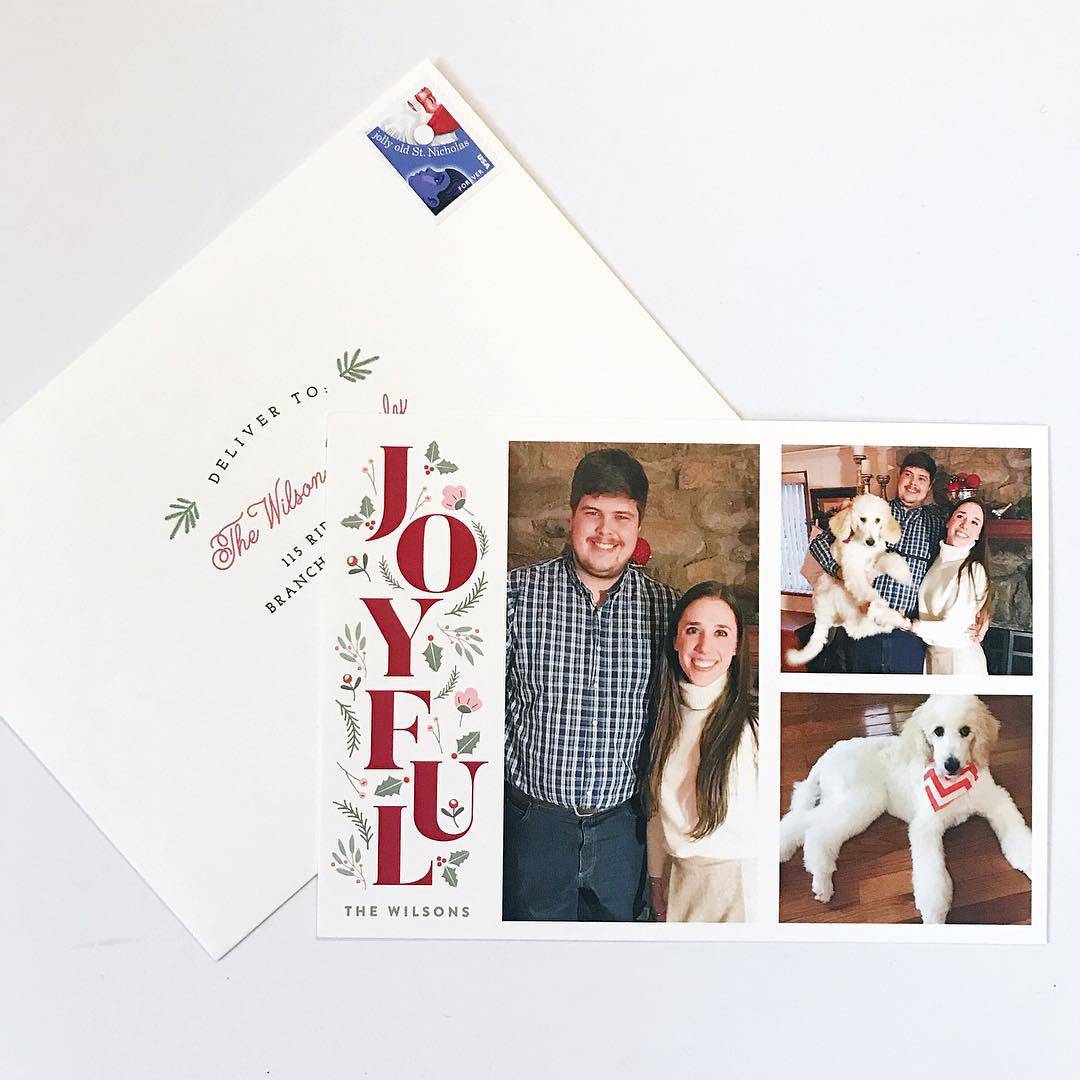 This year started like many other years — lots of resolutions and training for a half marathon.

Here’s my blog post about 2017 goals from last year. I did increase my business, learn Trello, and read one book per week; but I only ran 2 half marathons, and my daily routine is still not perfect.

Stef and I ran the Disney Princess 10k & Half Marathon this year! So fun!! You can read more about that here, here, and here. I actually made youtube videos for these experiences with music timed to fireworks, so you should really check them out if you haven’t already. They’re adorable. 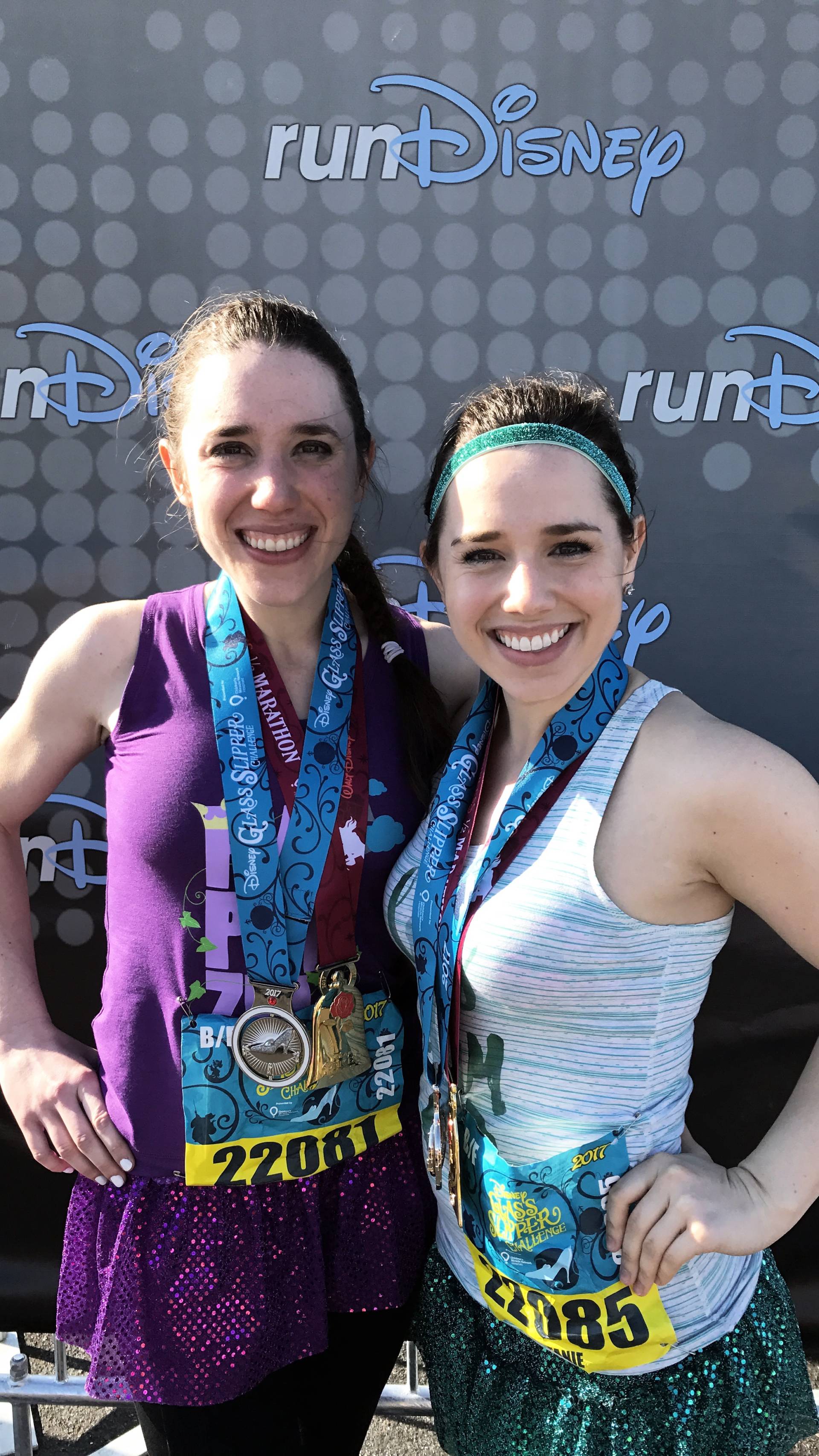 In April, we visited Israel and Jordan for 2 weeks! This trip was so much better than we expected. Eric took some convincing to get excited about such an expensive trip, but once we were there he loved it. I had told him many times that he would love it because he loves history, but he didn’t believe me until we got there. 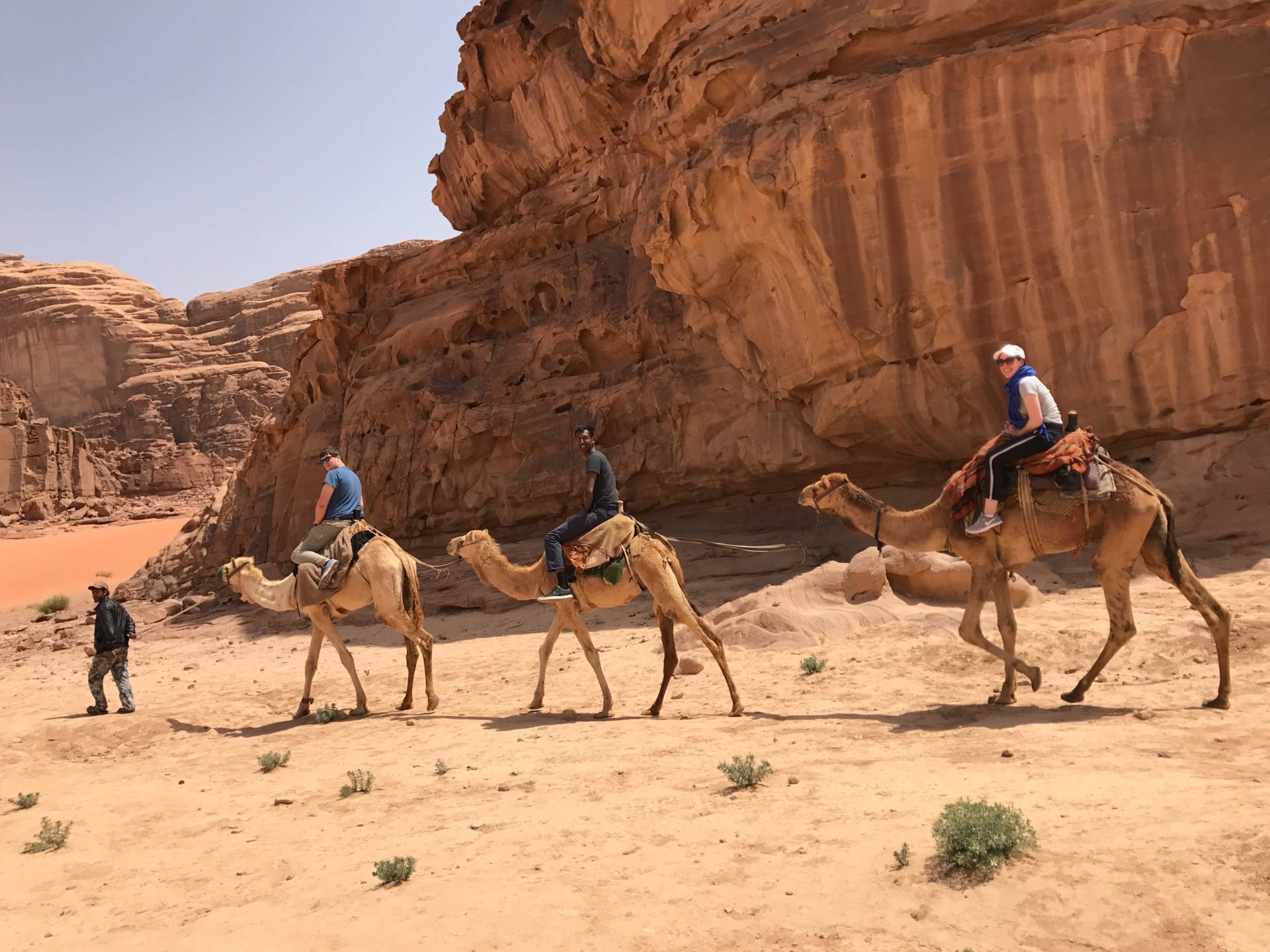 Jordan wasn’t on the original itinerary, but we knew we wouldn’t be going back to the area any time soon. Our tour guide told us it was an option to add on, and we said yes immediately. Petra has been on Eric’s bucket list since childhood, so we couldn’t miss it!

I posted all about this trip over on EatWellTravelOften.blog.

Before this 2 week vacation, Eric left his job at a local engineering firm to become his dad’s partner in his family business. Eric has dreamed about this opportunity since his childhood, and we were happy to finally realize this dream. 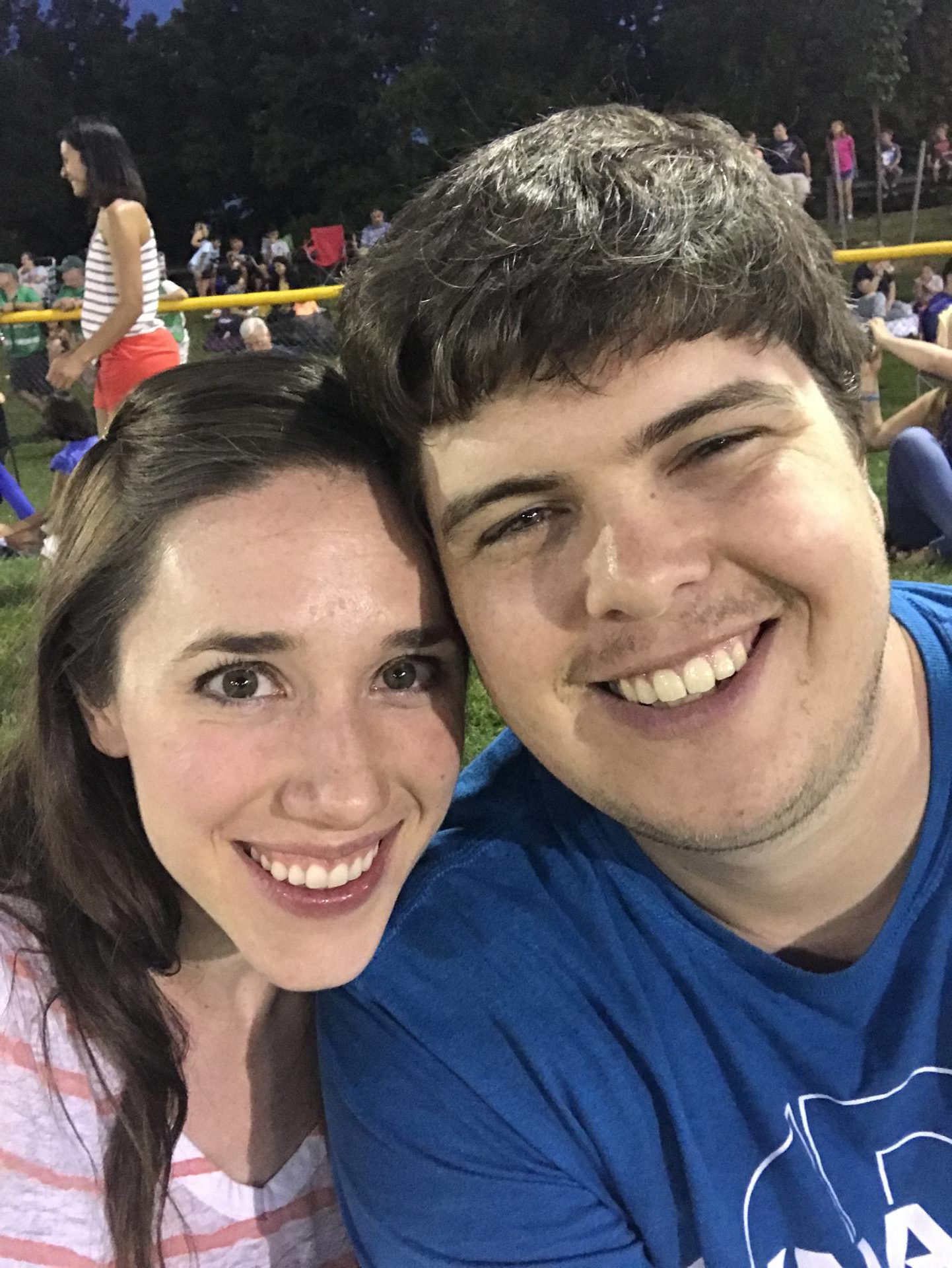 At this time, we also chose to gut and renovate our bathroom. Which was probably not the smartest idea we’ve ever had. Obviously, with Eric starting out on his new partnership, he didn’t have quite as much time to spend at home on the project. I’m pretty useless when it comes to plumbing… but I helped where I could.

After over three weeks without a bathroom in our home (don’t ask about my life during this time – I’m trying to block it out of my memory), we finally finished it and love love love it. It took another 7 months to finish all the details… but we were just happy to have a functioning bathroom again. 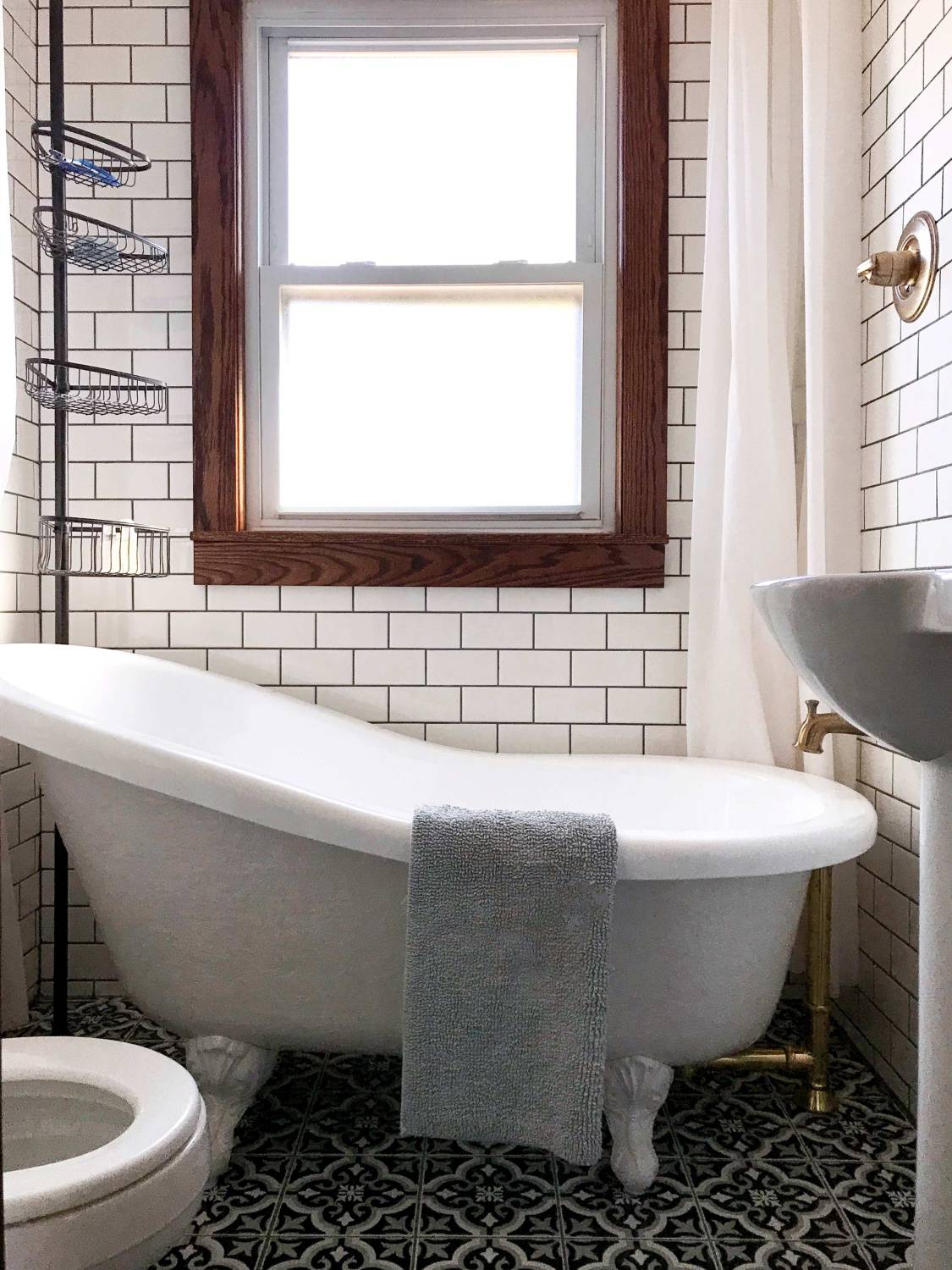 Meanwhile, summer on the lake was beginning! We have a boat slip on Lake Hopatcong (at the marina directly across the street from our house), and love floating and fishing all Sunday afternoon. The lake has several waterfront restaurants and an ice cream shop, so we spend a lot of time out there! 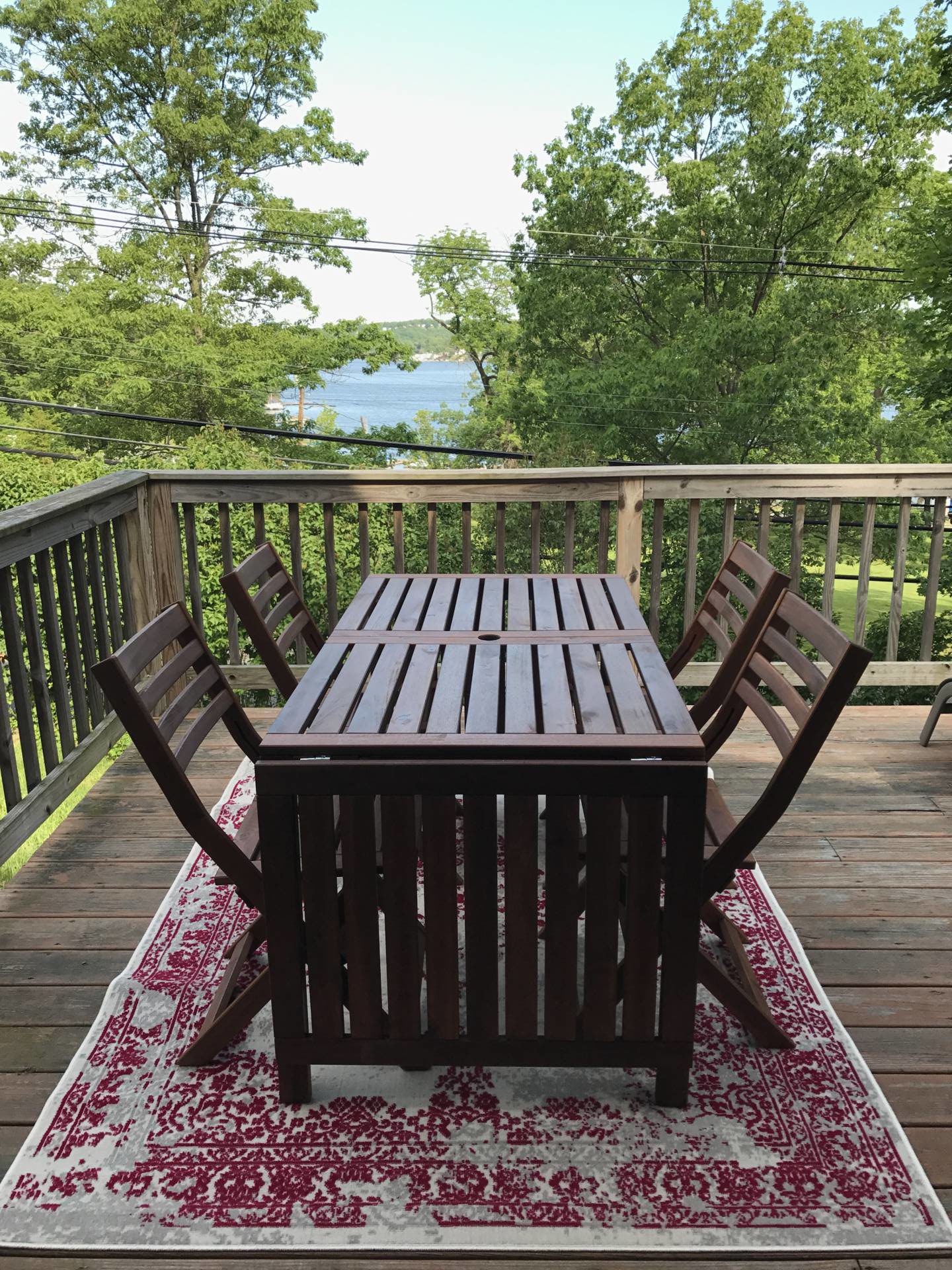 Then in August, we got our standard poodle puppy named Lucie!

Many people questioned my sudden change of spirit related to dogs. Apparently, I had been thinking about this for a while in my brain, but not actually saying anything about it out loud. So here’s what went down inside my head:

After working from home for a year, I realized it gets pretty lonely. Even though I really wanted a cat, I’m allergic. I thought of ways around this, but decided it’s probably not a good idea to take allergy meds everyday for a self-inflicted issue.

Another factor in my decision was the ever-increasing number of bears, coyotes, and raccoons in my area (#lifeinthecountry). One weekday morning, I went for a trail run and realized that if I were attacked by a bear, no one would know for at least hours…. and how would they know where to look??? Anyway, while I don’t expect my dog to attack a bear, at least she would know it was there before I would.

Allergies are still a concern, so we decided on the standard poodle. Known for their high energy and trainability, I knew it would be perfect for us!! And then I found puppies online, and this one had THE SAME BIRTHDAY AS I DO. And she had so much personality in her little video. Eric said yes as soon as I sent a photo (he had been waiting for me to want a dog for years), and we drove to NC to pick her up!!!

To be honest, I may not get a puppy again. I’m not into the biting with their razor-sharp puppy teeth and the potty training. But I love Lucie, and she has gotten so much better through our obedience school. She can’t run with me yet because her joints are still growing… but we’re looking forward to it!

My sister also had the opportunity to work on a client in Portland, Maine, so I visited her in the fall to experience the foliage and check out the foodie scene. It did not disappoint! 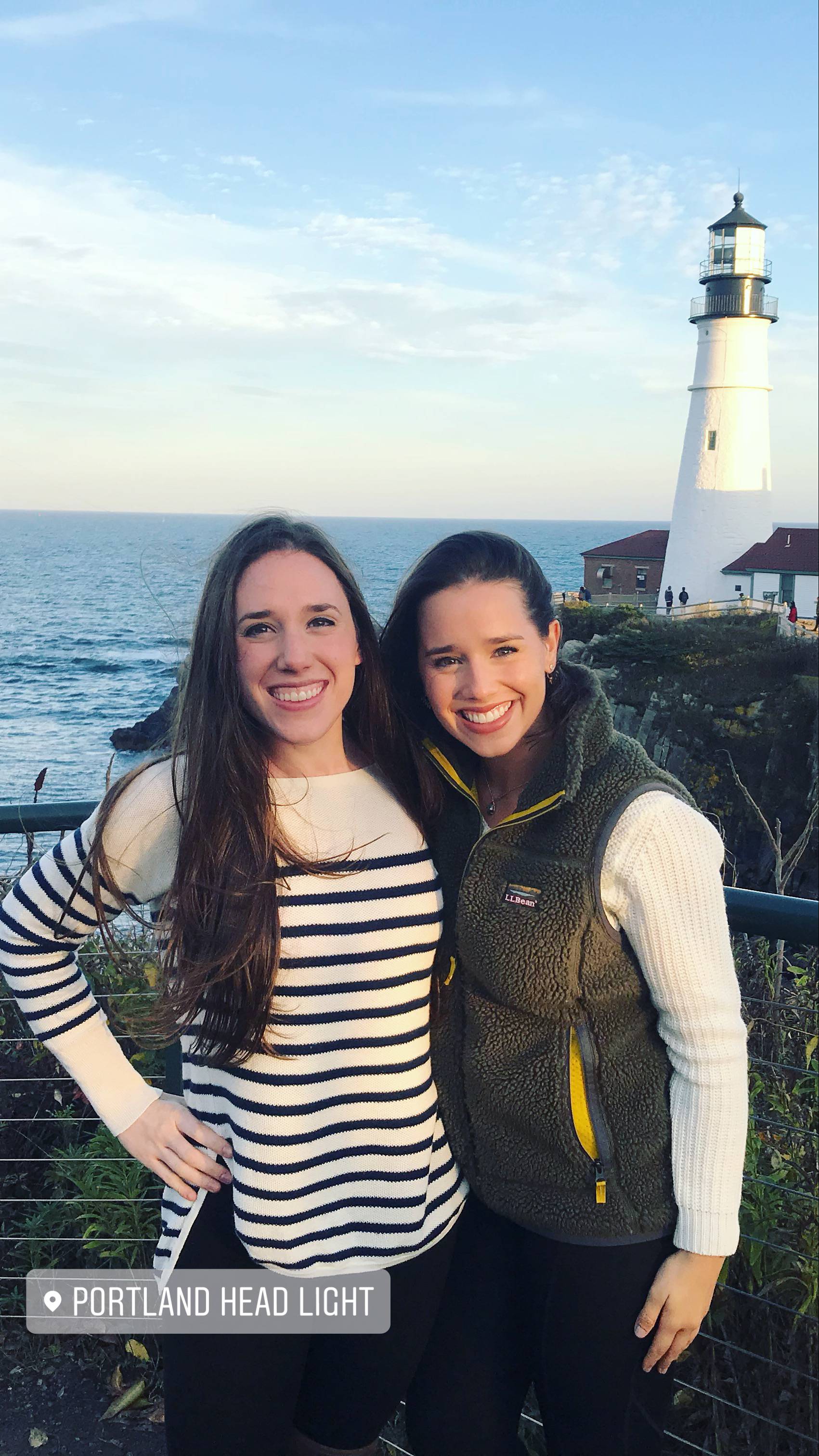 The rest of the year had it’s usually festivities: we attended many weddings (and several funerals), celebrated friends’ new babies, and Eric turned 30!! 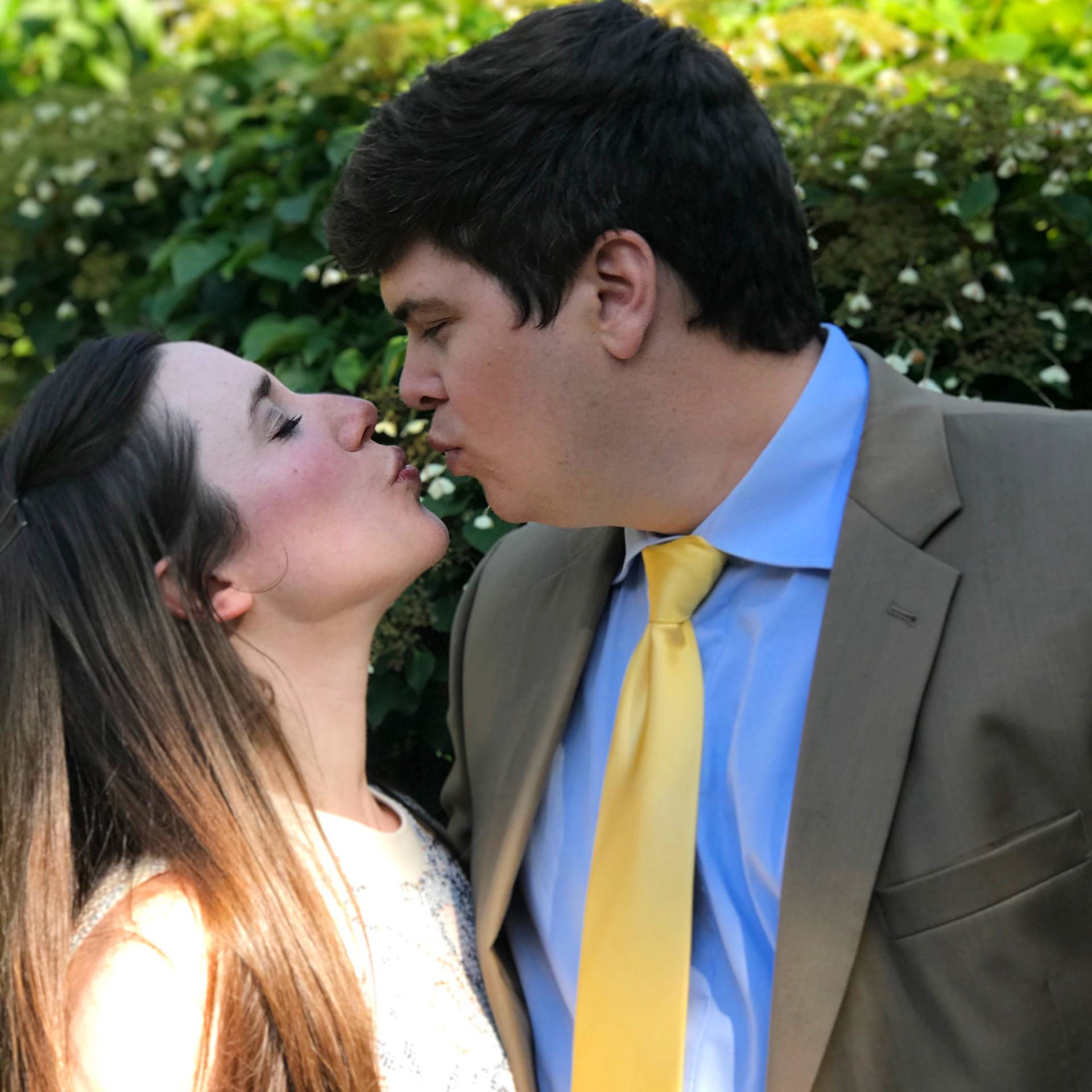 I love the holiday season, because I feel like we come through a busy year and then we get to have a party! Hooray, we survived!

For us, 2017 was a year of many blessings and growth. We’re both feeling stable, but challenged in our careers. Our little house feels like more than a starter house (also feels like an episode of Fixer Upper). We found a great local church and community group to grow with. And of course, we’ve learned so much more about each other and our relationship in this 5th year of marriage!

This year, I plan to post more often on this blog…. After a year off essentially, I really miss it! And I really miss sharing my projects and life updates with all of my family and friends!

Thank you for reading this letter. Hope you have a Merry Christmas, and a Happy New Year!